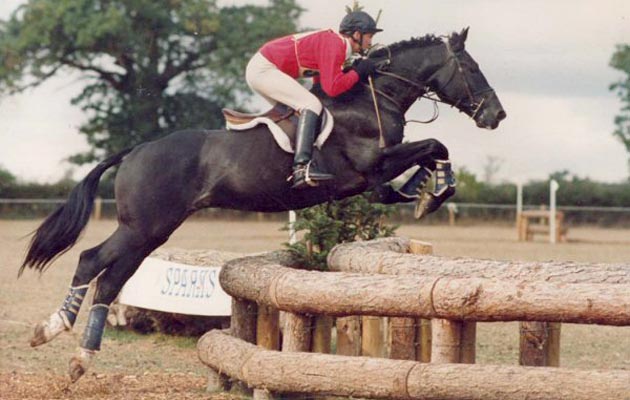 We’ve just learned via Horse & Hound that the legendary sport horse stallion Jumbo, who sired more than 40 Advanced eventers, has been euthanized at age 31 due to complications from old age.

Bred in Worcestershire, England, by Archie Smith-Maxwell, Jumbo was sired by the Irish Draught stallion Skippy and out of Betty, by the Thoroughbred stallion Seven Bells. Jumbo’s owner, Carolyn Bates, bought the horse as weanling.

He went on to have a very successful career as an event horse with Andrew Nicholson in the irons. Jumbo won the 7-year-old championship at Le Lions D’Angers in 1991 and finished 15th in the CCI3* at Boekelo the following year, after which he retired from eventing.

Jumbo then competed in show jumping with William Funnell and dressage with Lizzie Murray before fully retiring from competing in 1997 to take up full-time duties in the breeding shed. He whipped-in with the Bicester Hunt in his later years. 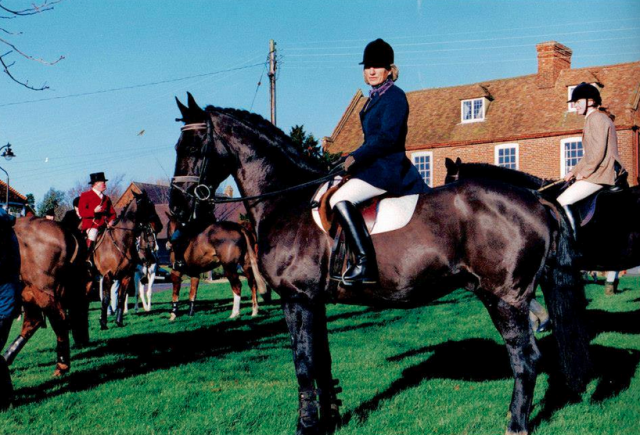 His contribution as an eventing stallion will not soon be forgotten, as he has sired numerous great horses, from three-time Burghley winner Avebury to Headley Britannia, the only mare in history to win Rolex Kentucky, Badminton and Burghley. Jumbo also sired numerous Grand Prix show jumpers and dressage horses.

He was ranked sixth in the World Breeding Federation for Sport Horses (WBFSH) eventing stallion rankings for 2014 and is British Eventing’s all-time leading sire.

Please join us in sending condolences to his owner Carolyn, the team at Grafham Stud, and all who knew and loved Jumbo. If you are lucky enough to own one of Jumbo’s offspring, please share a story in the comments.