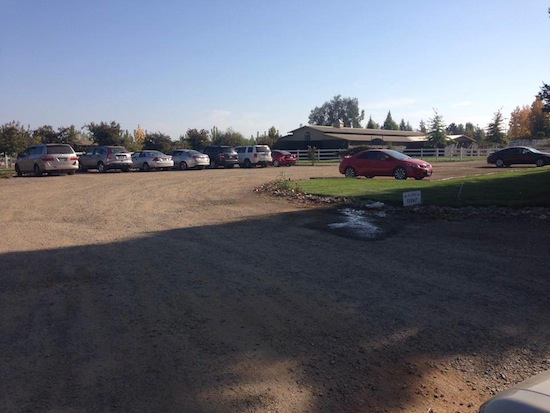 A place that I am most grateful for.

Right now, I am thankful for some time alone with my thoughts in a hot shower.

After a long day at the office, I had made plans to get myself in the right frame of mind for the holiday by climbing aboard my pony and going on a long walk. I would arrive at the barn and likely be the only person silly enough to arrive at dusk. It would be especially quiet, as Cori would be off site for a few hours. As the sun set, I would feed Stephanie’s horse his grain and feel some fleeting jealousy that she was soaking up rays in Cancun while I was digging in my pockets for gloves. Afterward, I’d catch my own horse and head up to the barn, to groom, tack up and hop on.

As the last rays of light faded away and the stars began to sparkle, I would reflect upon how lucky I am to share my life with horses and the amazing horsemen and women I’ve had the good fortune to learn from. I would marvel at feeling not just like an adult but being what my teenage self would have called a successful one. I would then be swept away in the moment and be filled with gratitude and a warm, fuzzy feeing about my place in the cosmos and all of the wonder that is life.

The cosmos hates plans, but it loves a life lesson.

Instead of my happy, quiet, solo ride under the stars filed with introspection, I found myself helping out a distressed parent. The pony she leases from another client at the barn had choked, and was clearly going to need the vet. I had her bring the pony up to the main barn. The pony promptly laid down and threatened to roll, so we started her hand walking while I dialed one of the vets that does after-hours service in our area. After a few minutes, the pony made a horrible sound and regurgitated some green mush.

Seconds later, the vet called me back to let me know his truck was in the shop and would not be mobile until at least Friday. I promptly dialed one of the other vets we use and had them on the way. Of course, that clinic is on the complete other side of the city, and they would be coming during rush hour, so it would be about an hour before they arrived. The mother summoned the pony’s owner, and I checked on my mare. I threw her some grain and accepted that riding would not happen tonight.

The owner arrived and was very distressed to see her pony so uncomfortable. I clarified that we were looking at choke rather than colic and in all honesty probably not a trip to UC Davis. I did what I could to keep everyone calm and upbeat.

Once the vet arrived, the choke had mostly sorted itself out, and the remainder was addressed very easily. The aftercare was looking to be a bit complicated due to the vet wanting multiple small, soggy meals for the next few days, as well as morning and evening antibiotics. I had been keeping Cori in the loop via text while this whole affair was playing out and reached out to several of the other clients and working students to see who could handle the middle-of-the-day feedings.

Within two to three texts, we had more than enough offers of help and were able to sort out who would cover the pony’s brunch and lunch mush. I showed the owner and the leaser how much water to use to make the feed as soupy as the vet wanted it to be before I headed home. The situation was well under control, and I was was the sort of bone-chilled cold that can only be remedied by a scalding hot shower followed by a bathrobe, fuzzy socks and some trashy television.

Standing in the shower, I found myself thinking that I didn’t get to ride, but I still got exactly what I needed.  I got a reminder that I’m lucky to share my life with horses. I have met and learned from wonderful horsemen and women. I am part of a team who supports one another and unhesitatingly rallies when it’s needed. I am lucky to be a part of this barn, a part of this community, a part of a centuries-old tradition of people brought together by the love of horses. I am so very grateful for all of this and its magic. I am grateful for nights like this.