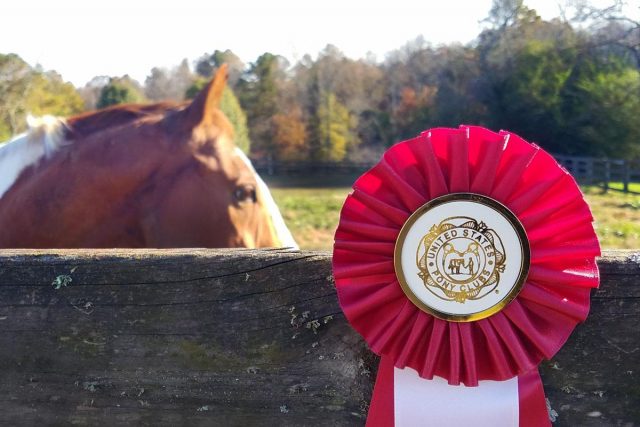 Plan B can be fun, too. Photo by Ainsley Jacobs of Ride Heels Down.

Since our last Novice 3-phase was eight months ago, I was seriously looking forward to getting back out there again and working towards moving up to Training.

But, alas, my plans seemingly never work out anymore and I had to convert entry fees into vendor fees at Poplar Place Farm a couple weeks ago when JJ came up dead-lame with a hot nail the night before we were scheduled to leave. Ugh.

Anyway, I wasn’t upset about the change of events because I wound up getting some great unexpected exposure for Ride Heels Down and JJ got to chill out at home doing his favorite thing – eating. I had another event scheduled for a couple weeks later, too, so it was no biggie.

…except for when THAT event didn’t happen, too.

It’s been raining in Atlanta literally for weeks, nonstop, and it’s friggin’ cold. The arenas are now swimming pools. The ground is slippery and weird. The weather is just plain awful, period.

Fortunately, Beaumont Farm has a beautiful indoor arena attached to the main barn so my special snowflake and I can enjoy being bougie and we don’t have to venture into the miserably wet world. In all seriousness, I’m super grateful that we still have a place to train and work when the weather outside is frightful, and that JJ can still enjoy some indoor turnout when Mother Nature is being especially nasty. Call me coddled, whatever – it’s WORTH IT.

We had been signed up for a Novice 3-phase at Chatt Hills on November 17, but on the Tuesday before the event, the show officials made the difficult decision to cancel it – the conditions just weren’t going to be safe enough and it wasn’t worth risking horse or rider. I agreed with the call 100%, but I was definitely still disappointed.

Cue my brilliant friend Beth Clymer reminding me that there was another show that same day scheduled over at Ashland Farm hosted by the Hilltoppers Pony Club.

Cue the show secretary being amazing and allowing me to get in a last-minute late entry for a Novice CT.

Yeah, it wasn’t the 3-phase I had been hoping for, but at least we were still going to get out there to do *something* – YAY!

Saturday morning, I got up at 5:15 am and was at the barn by 6, which, thanks to daylight savings time, meant it was absolutely pitch black and freezing cold. Usually I can hitch my bumper-pull trailer in less than five minutes by myself, but because I couldn’t see a darn thing it took four times as long… next, I had to wake up poor JJ from his snoozefest, but made amends by throwing him breakfast and then sneaked him out the back of a completely dark barn. (Beaumont’s owners’ home is attached to the barn so I didn’t want to wake them by turning on any lights or opening the barn door.)

Anyway, 1.5 hours later we had arrived at Ashland and it was finally light out and starting to warm up a bit. JJ unloaded, munched some hay, and eventually we started our day with some friends and neighbors parked next to us – including Beth and her handsome OTTB, Andy. (We shipped-in for this show and worked out of my trailer and, once again, I decided to go alone with no coach to babysit.)

JJ’s got a “sweet spot” in dressage where he’s willing and happy. If I push past that, he turns resistant and ornery. Typically I keep to a 20-ish minute warmup to prevent hitting the downward spiral, but the show was running late and unfortunately our warm up wound up being almost an hour. To say JJ was not amused was an understatement, but he still went in and did what I asked – although begrudgingly.

When we came down the center line, he knew it was almost over and suddenly morphed into a happy, forward, willing partner… he gave me an absolutely beautiful, perfectly straight and dead-square halt, which had me feeling great, until the very moment before I threw my hand down for a salute and he stepped out with his right hind like he was saying “Screw you for making me do this, mom.” The judge, who was already standing by that time, started laughing and said “He totally did that on purpose, just to be a brat!” Yup, that’s JJ. But that’s also why I love him. I’m laughing because this would have been a perfectly square and straight halt … except for JJ stepping out with his right hind at the very last second to say “screw you for making me do this, mom.” Even the judge was laughing. Photo by Joshua Holt.

Anyway, we hopped around a fairly challenging stadium course later without a single glitch. Other riders had stops and rails, but JJ felt like a happy hunter and I was super pleased with him given the fact that we haven’t had a jump school in two weeks! He made it easy.

We wound up finishing 2nd overall, with 1st rightfully going to an absolutely lovely horse and rider combination. It was a super fun, super low-key day and I’m really grateful to have had the opportunity to get a quick off-property trip on the books before we try for another 3-phase in two weeks – hopefully that one doesn’t get canceled, too! Ha!

Life is mostly Plan Bs, but they can be just as fun as Plan A if you open yourself to it.