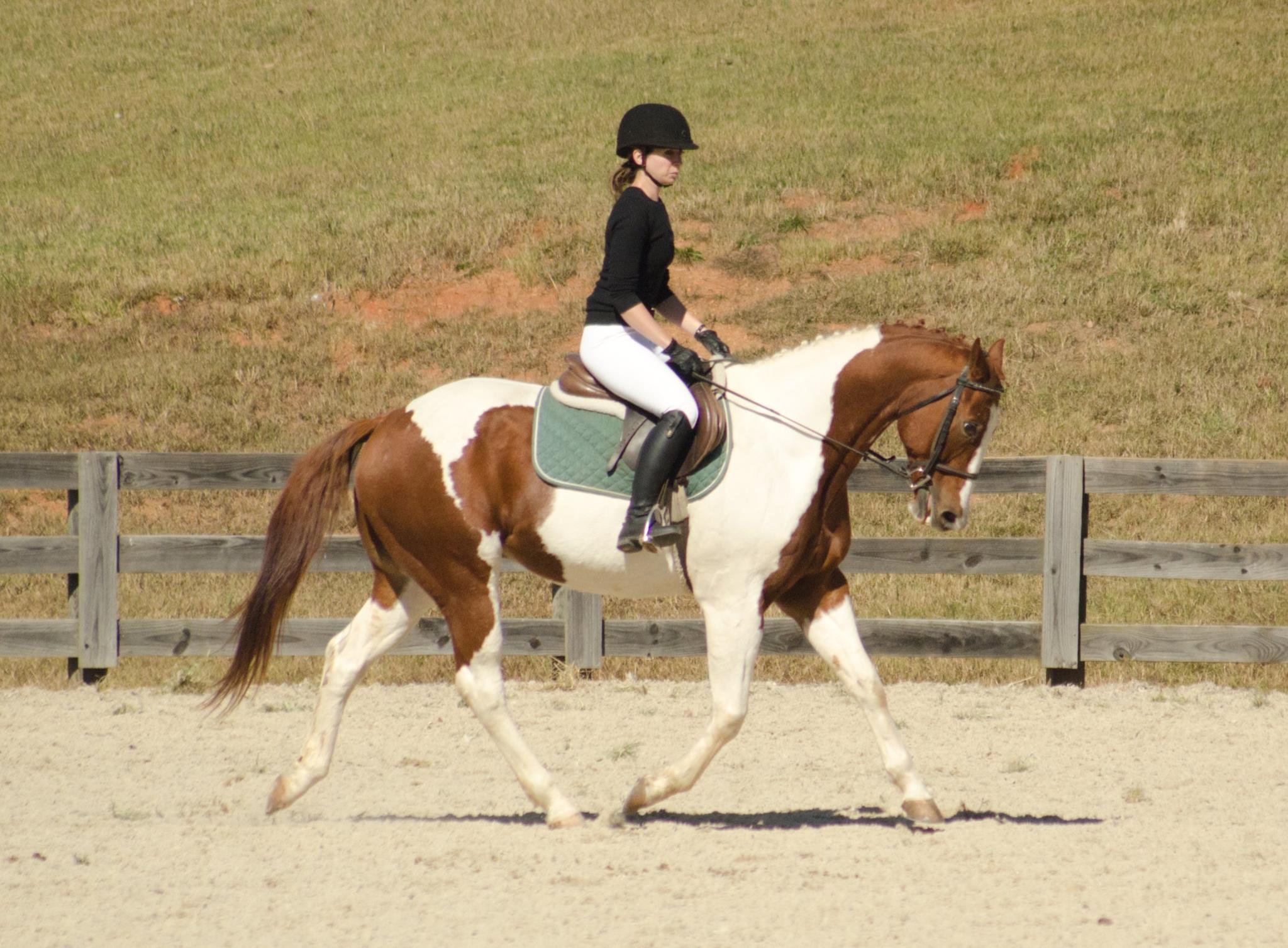 This was our best moment of the entire weekend, and it wasn’t even during any of the competition. Photo by Harriet Engman Sysyn.

After such a great eventing debut, I couldn’t have been more excited about trying it again! As everything had gone so well, my trainer and I decided that I should move up to Beginner Novice. The next event was a USEA recognized one, and we decided I should go for it…

We arrived at Chatt Hills ready to conquer the world. I meticulously braided JJ’s mane, and battled the ever-present poo stains on his adorably white butt. We went for a warm-up flat ride up on day one of the show to loosen up his legs and let him inspect his surroundings.

Several hours later, it was time to start! We waited patiently for the “okay” to proceed into the main dressage area. Once the gate steward allowed us in, JJ decided to invent a new dressage move. Inspired by the scary, flapping flags that were flying overhead, he showed me his “rear, pivot, and bolt” talents… three times. Fortunately, I stayed on and this occurred before we actually entered for our test. Once we started, however, JJ put on his game face and tried his best to listen to what I was asking. We rode our Beginner Novice Test B to a score of 37.00!

That afternoon, we set out for cross country once again. I was full of false confidence since our previous event had been so easy, and I was blissfully unaware of what was ahead of us. As it was a recognized event, we were not allowed to school the course the night before.

To stay it was a struggle to get through it would be putting it mildly. JJ and I did not trust each other at that point, and he put in a lot of effort to try and refuse or run out at almost every fence. Somehow, I managed to get him over every jump the first time. It was a fight to the finish, and we (almost) made it. We cleared our fifteenth jump, and I stupidly allowed myself to relax. 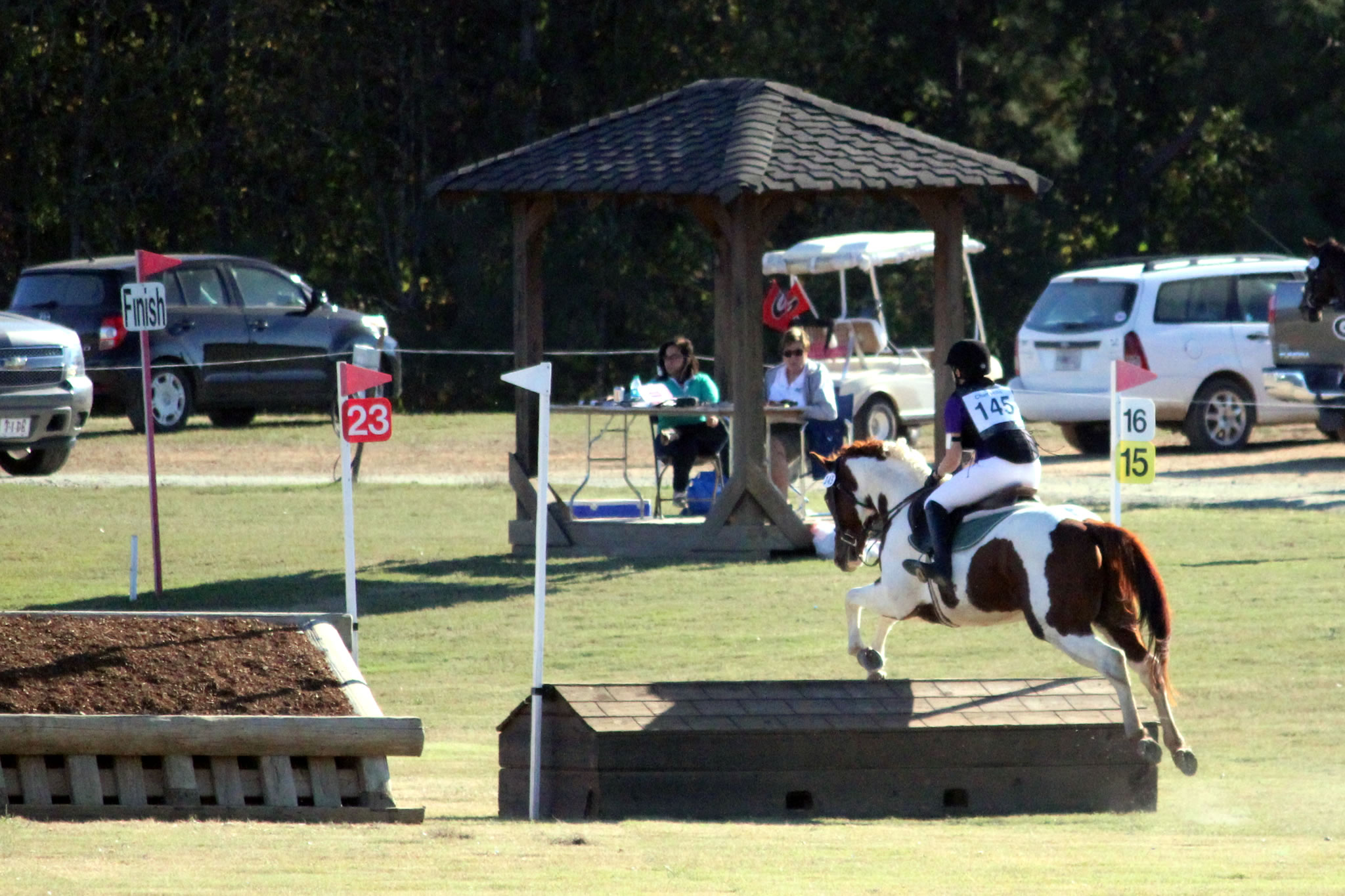 I somehow managed to fall off between landing this jump and that oh-so-close finish line. Photo by Erik Jacobs/P.TEN Marketing.

As we had therefore been eliminated, we were not allowed to ride our stadium jumping course on day two. I, however, still had an obligation to JJ (and the rest of my team that had been competing that weekend) so I showed up on Sunday to muck stalls, feed, and take care of my partner. Despite being disqualified, we had gotten through it. The photos from the event showed me that I was not riding JJ like he deserved, and I vowed from that moment on to be a better partner to, and for, him.