Ainsley Jacobs is an adult amateur eventer whose blog focuses on learning the lesson at the heart of every day with horses, from the good to the bad to the ugly. In the latest installation of her “Lessons Learned” column, she takes us back to her first Novice three-phase, where she discovers just how critical it can be to check and double-check your tack, whether you're showing or schooling. 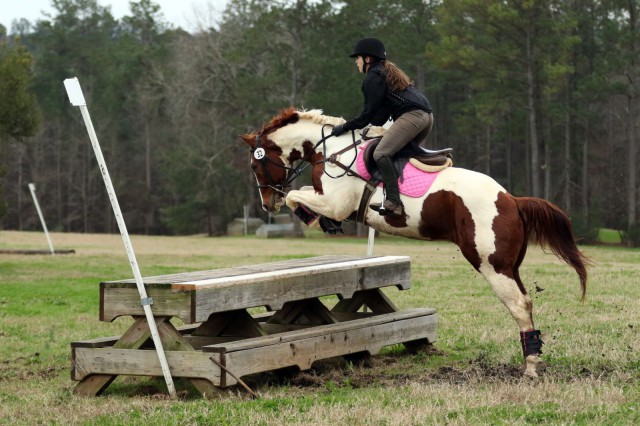 After our fairly decent off-farm Novice CT debut in November, I was feeling good about moving up to a Novice three-phase for 2016. Bright and early on January 1st, we headed over to Go With It Farm to load up the trailer and drive down to Poplar Place Farm.

We arrived at Poplar, set up our stalls, unloaded the trailer, and settled in our horses. I groomed and tacked up JJ, and our small group set out to school our cross country courses.

We had a nice little warm up on the flat and I noticed that JJ was feeling unusually perky, but didn’t think anything of it. We started with a Beginner Novice jump, then a Novice, and then a Training jump before working on the course itself. It was exactly the same as the course I had schooled in November when I did my CT event, so I figured I could handle it. I was wrong.

JJ was extremely excited, and I was having an usually difficult time controlling/slowing him. As a result, we had a few stops throughout the schooling session, but eventually got through everything and finished strong. I was a little freaked out by the fact that it hadn’t gone as well as I had hoped or expected, but we survived and that’s all that matters. Right?

When we got back to our stalls, I went to unbuckle the reins to remove them from his running martingale. Wait, running martingale? I HAD FORGOTTEN TO PUT IT ON! I had never jumped JJ without one before, and stupidly forgot to reattach it after I cleaned his 5-point breast plate the last time we showed. That explained why he was feeling so, uh, enthusiastic, and why I was having such a hard time managing him. OOPS!!

With a little “explanation” as to why the course wasn’t as easy as I thought it would be, I felt a little better. Our team went for dinner, and then called it a night.

The next morning, JJ got fed, groomed and loved on. I tacked up and we had a pretty good dressage test. Not our best, but definitely not our worst – we scored a 39.00 on Novice Test B and were solidly in second.

After that, we changed tack and walked on down for our stadium round at 2’11”. On our course walk, my trainer had mentioned that jump #2 was going to be tricky due to its placement, line, and surroundings. She was totally right, as usual.

We cleared jump #1 without any problems, but #2 caught JJ by surprise. I tried to prepare him for it, but didn’t ride confidently enough and we had a stop. Thankfully, I stayed on. We circled around and got over it easily the next time through. We finished the course without any other incidents but incurred the 4 faults for the stop plus 10 time penalties due to having to circle and slipped into third.

For cross country, JJ took off like a bullet from the start box and I was worried we’d have a repeat of the day before. Fortunately, he was willing to “listen” to me (thanks, martingale!) and we had a much easier ride, although it was still pretty crazy! He said “Hell YES!!” to every jump, and there were two long spots where I was simply happy to still be in the middle of his back when we landed.

We had a few short trot sections to make sure we didn’t have any abrupt stops going into the water (he’s been funny about that lately) which put us two seconds over optimum time, but overall we finished clear with 0.8 time penalties! 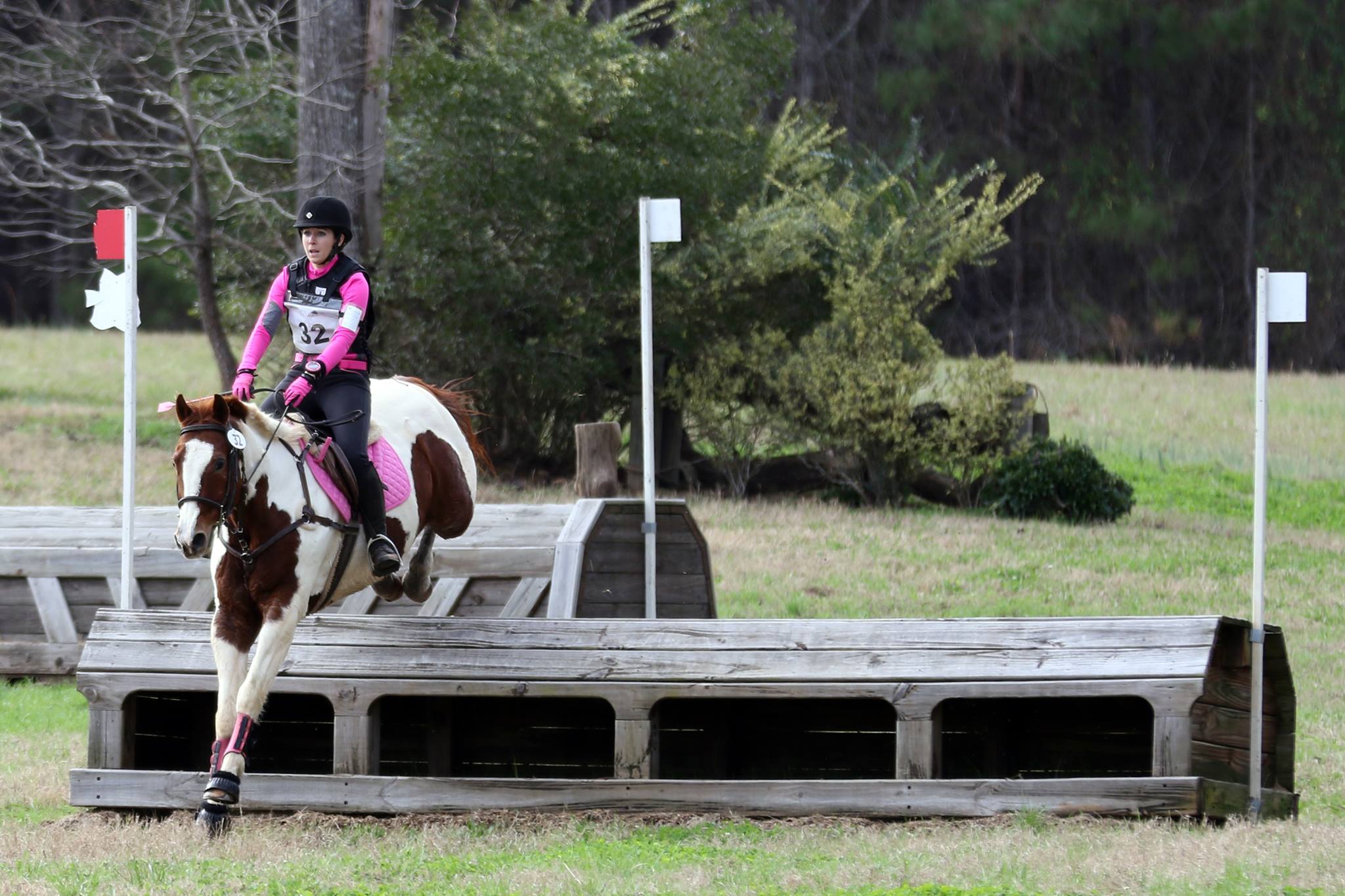 I was worried about getting a stop at this jump since it was one of the largest and most substantial, but I knew once we cleared it, we’d be home-free for the rest of the course – and we were! Photo by Erik Jacobs/P.TEN Marketing.

I was SO thrilled to simply have finished my first Novice 3-phase that I didn’t even care what place I came in. I proved to myself that I could do this, and learned a bunch in the process. When the final scores were announced, JJ and I had moved back into 2nd!

It was a great weekend, and I can’t wait to get back out there and give Novice three-phase another shot!

ALWAYS check your tack! We all have forgetful moments, and things are bound to slip through the cracks eventually, but doing a double-check that you’ve got everything in place will be a big help in reducing unwarranted nervousness and anxiety! If you take something off, don’t wait until “later” to put it back on.