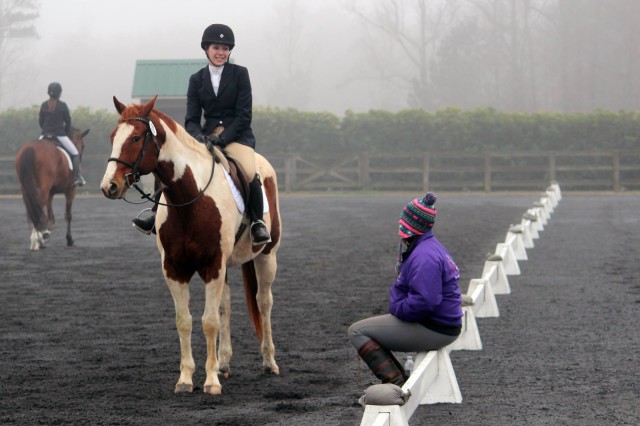 I was hoping to have good news for you today about how JJ has been cleared for cantering, but we hit another snag in his recovery. He had been doing fabulously with his rehab, but a week and a half ago his behavior drastically changed and he started bucking and sucking back when I’d ask him to move forward and trot with a purpose. The vet came to look and found him to be footsore. He’ll have to grow out more foot before we try again. So, it’s more waiting…

So in the meantime, let’s focus on something positive: the first Beginner Novice event where I finished!

Our first two attempts at Beginner Novice eventing did not go as planned, so we stuck to the motto of “try, try again.” Eventually, I figured, the odds would work out in our favor and we’d manage to get through one of these things…

It was a new year, and I decided that I was going to be the type of rider and partner that JJ deserved. The Go With It Farm team road tripped down to Poplar Place Farm for our first event of 2015, and we set out to school our cross country courses on Friday night.

Being that it was January 2, it was cold, dark, and wet. I was still extremely apprehensive about cross country, but not only did we nail every jump, we did so in the rain. JJ was great, and I was starting to learn to trust him more and let him do his job.

Saturday morning we warmed up for dressage and rode Beginner Novice Test B to our best score to date! Our hard work over the past few months had paid off, and we got a 35.50.

Stadium, thankfully, went well and there were no freakouts (from me) like there were at the last event. We were double clear and positioned well going into the cross country portion of the event. 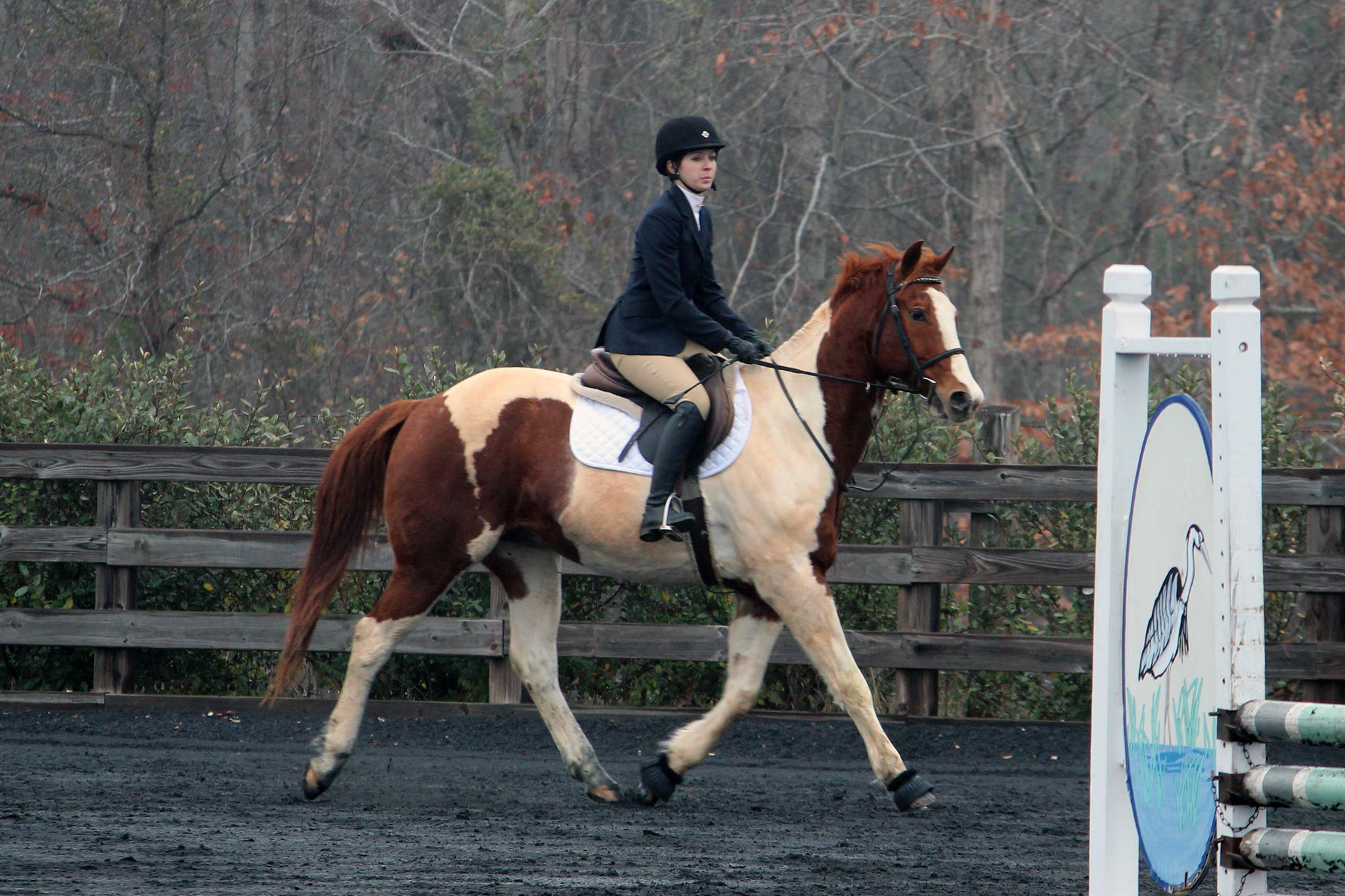 JJ aka “Sorry He’s Dirty, He Wants To Be A Chestnut” Photo by Erik Jacobs/P.TEN Marketing

Once we started our course, I realized that I was going to have to work to keep JJ from picking up speed faults – that boy can RUN!! The footing was slippery from all of the rain, and so we chose to trot several sections to help with balance and pace. Although we got through the whole course without a fight (hooray!) I was overzealous in my speed corrections and wound up picking up 10 penalty points for going too slow.

We finished fifth overall, and I was overjoyed just to have finally finished an event. I had gone from expecting a ribbon at every event (as that was normal for me in hunters) to realizing that finishing in itself is the reward.

Eventing is fun. Yes, it’s also HARD, and at times it can be scary and frustrating, but the feeling of actually finishing is so incredibly rewarding that it’s worth working for.