Blogger Ainsley Jacob’s horse JJ is BACK! After a collateral ligament injury sidelined JJ for months of stall rest, he’s been cleared for tack walking at last. 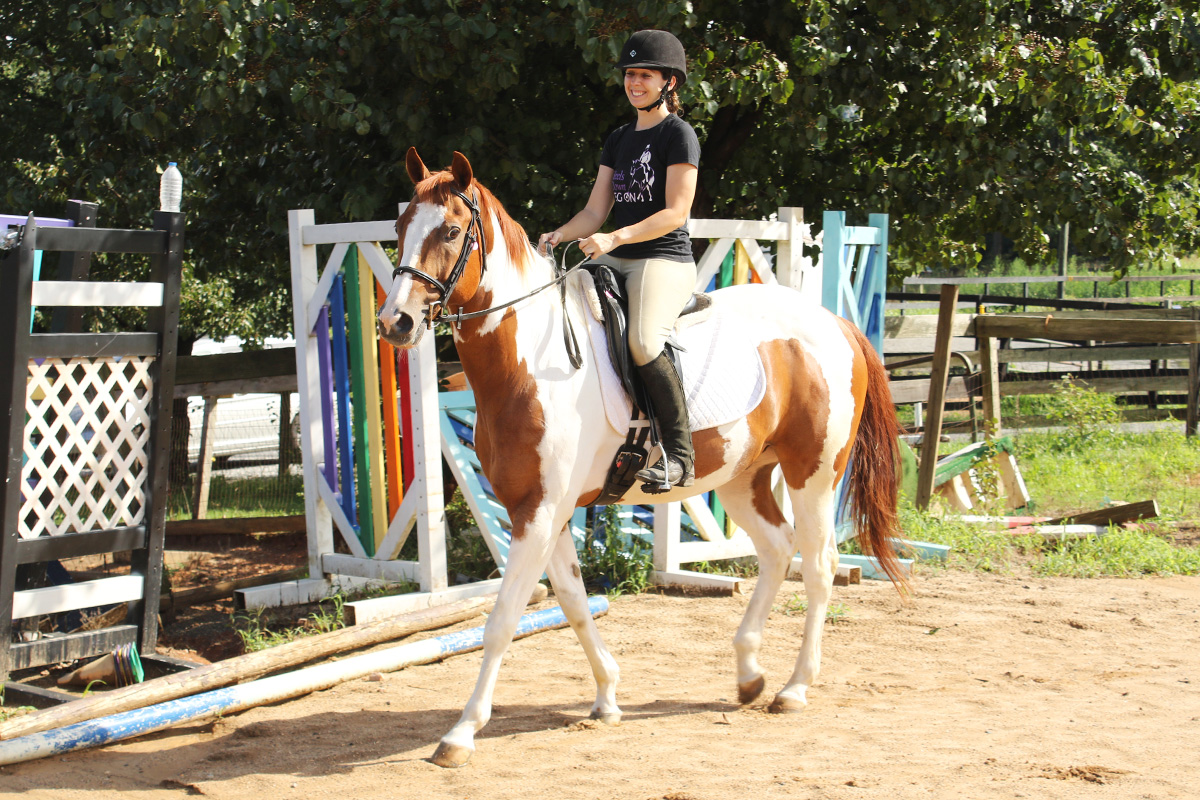 The smile on my face says it all. It feels good to be “home” on his back again. Photo by Erik Jacobs/P.TEN Marketing.

Good news, friends! JJ has been cleared by our vet to start rehab!

After he came up lame at an event in April, JJ was diagnosed with a collateral ligament injury and put on stall rest for several months. (Fun fact: in the six months that I’ve owned him, he’s been sound for only six weeks … ha!)

JJ usually lives outside 24/7, and he’s generally a very active horse, so having been on stall rest for 4+ months was not his idea of a good time. Standing around eating, however, is one of his favorite hobbies (second only to rolling in the mud). As a result, he has gotten F-A-T! (To be fair, he’s really not “fat” – we’ve been managing his weight well. It’s more like he’s gotten flabby since his fitness has deteriorated from lack of exercise.)

Fortunately, we’re now able to start tack walking again, and we’re both really excited to get back in shape together. We’ll take the rehab slowly and be careful so as not to risk re-injuring him, but I can’t wait to not have a giant horse-shaped marshmallow anymore.

Dr. Dan Carter of Countryside Veterinary Services wants us walking for 15 to 20 minutes at a time, two days on and one day off, for the next six weeks. Last Tuesday, I got to sit on JJ for the first time in months, and from the smile on my face as we walked around the arena, you’d have thought I’d just won Rolex – it felt so good to be “home”!

Ironically, JJ had the same exact reaction. He was totally pumped up and snorting like a 4* horse about to leave the start box for the world’s most epic cross country run. We had a conversation, as usual, and it went something like this:

JJ: MOM I AM READY AND I WILL WIN THE OLYMPICS FOR YOU!
Me: Uh, yeah, that’s cool, but not today, okay? Today we just walk.
JJ: YES, I WILL WIN THE MOTHER LOVIN’ OLYMPICS OF WALKING!

Considering he hadn’t had someone on his back since May, and we haven’t even trotted since mid-April, he was an angel. No bucks, no rears, no shenanigans. He chilled out and settled in after the first two minutes, was a perfect gentleman, tried his best to be on the bit a little, and kept his ears focused on me even though we were “only” walking. I’m SO proud of what a good man he is. 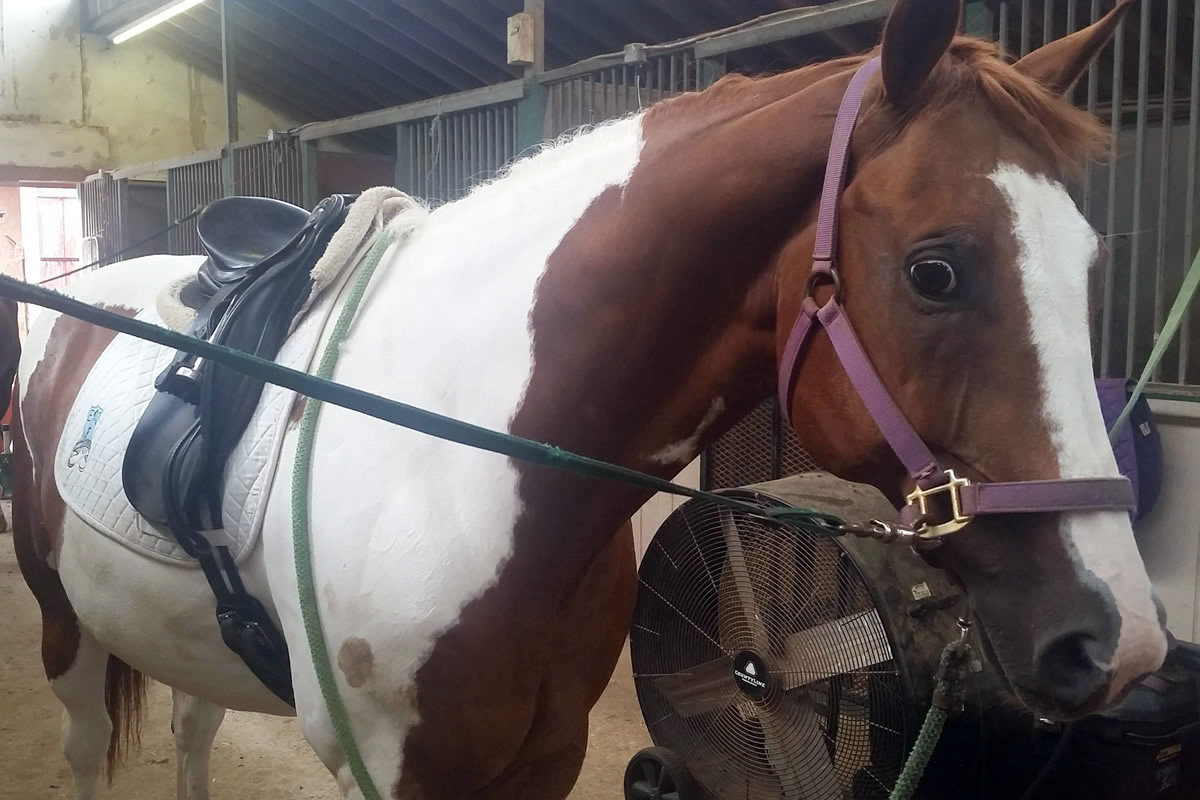 JJ says: “Really, mom? A saddle? Are you sure? I thought all I do now is eat grass?” Photo by Ainsley Jacobs/Ride Heels Down.

This morning, the small flat arena where we have been walking was being used by Go With It Farm‘s hippotherapy program, and the footing in the main flat arena was pretty sloppy from a rain storm last night, so the jumping arena was my best option for our tack walk session.

I figured JJ would be excited by the presence of jumps, and I was right – he was CONVINCED that today was HIS day, and we were going to be jumping ALL the things. I had to break the bad news to him that the opposite was true … and although he begrudgingly obliged, his cute little ears perked up hopefully every single time we even walked near a fence. It was adorable.

Aside from the tack walking, JJ is still on stall rest for the time being. Once we reach the 6-week mark (barring any problems with his progress) the vet will be back out to reevaluate and (hopefully) clear him for trotting and light turn-out. Keep your fingers crossed, friends!

Clean your tack regularly! Seriously, if you let your saddle sit for several months without touching it, you will find that when you go to pick it up for the first time, a very large spider and her egg-babies have taken up residence under the tree. Then, you WILL wind up doing a very ridiculous, very embarrassing “OMFG I TOUCHED IT GET IT OFF ME WTF IS THAT SOMEBODY PLEASE SAVE ME!!” interpretive dance in front of everyone at the barn.