When you’re suddenly faced with a lame horse at a show and a whole weekend to spare, what do you do? In the latest installation of her “Lessons Learned” column, adult amateur event rider Ainsley Jacobs reflects on a recent bummer. 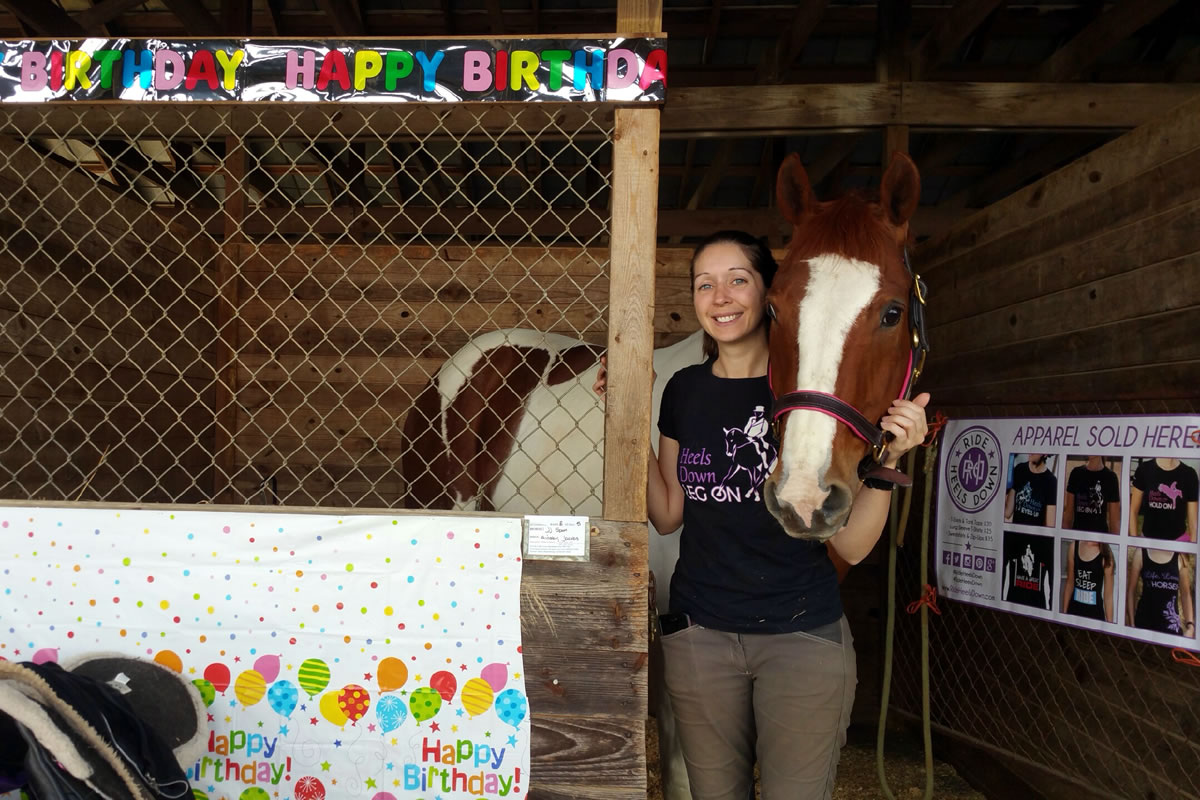 Photo by Halliea Milner of Go With It Farm.

It’s never fun when your horse goes lame, but it’s especially not fun when your horse goes lame right before a big event that just so happens to also be on your birthday. Fortunately, JJ wasn’t badly lame, and some rest and several days off fixed him up in time for us to still get a few good flat sessions in before our next USEA-recognized event at F.E.N.C.E. in Tryon, North Carolina.

When we pulled in, I saw that my stall had been decorated with tons of “Happy Birthday” banners! Turns out the awesome show organizer, KC Betzel, had worked her magic and decided to surprise me. It was so sweet of her! We unloaded, got the horses settled, and then tacked up to let our boys stretch their legs after the long trailer ride.

To say JJ felt great would be an understatement: he was floaty, he was light in the shoulder, he was responsive and he felt soft and supple. He didn’t show a hint of lameness, and I capped our light exercise outing at 30 minutes to prevent any re-stressing of whatever had been wrong.

On Saturday morning I groomed my filthy boy, got him braided, and tacked him up for dressage. We walked down to warmup without any problems and began going through our routine. He felt just the slightest bit hitchy in the hind, but we attributed it to the fact he’d been spending a lot more time in his stall than normal lately and probably just needed to work it out. Twenty minutes later he felt good, and we walked up to the covered arena for our dressage test.

As the rider in the arena was trotting down center line for her halt and salute, JJ and I stepped into the holding area to get ready to enter for our test. Immediately, he started hobbling at the walk. I was exceptionally confused, and wasn’t quite sure what had happened. Thinking maybe he just stumbled, I asked for a little trot to see if he’d come out of it. Five steps later, I knew there was a problem, so I halted and dismounted.

JJ was l-a-m-e LAME! What had happened between warmup and the walk to dressage?! I checked all his hooves and there were no stones. I felt all his legs and there was no heat or swelling. I had no idea what had happened, but the poor boy was obviously miserable. I chose to scratch, and our weekend ended without ever setting foot into the competition arena.

We walked slowly, and sadly, back to his stall. I made sure to tell him he was a good boy and that I appreciated how hard he tried to give me what I wanted despite being ouchy. He got lots of love and lots of treats. 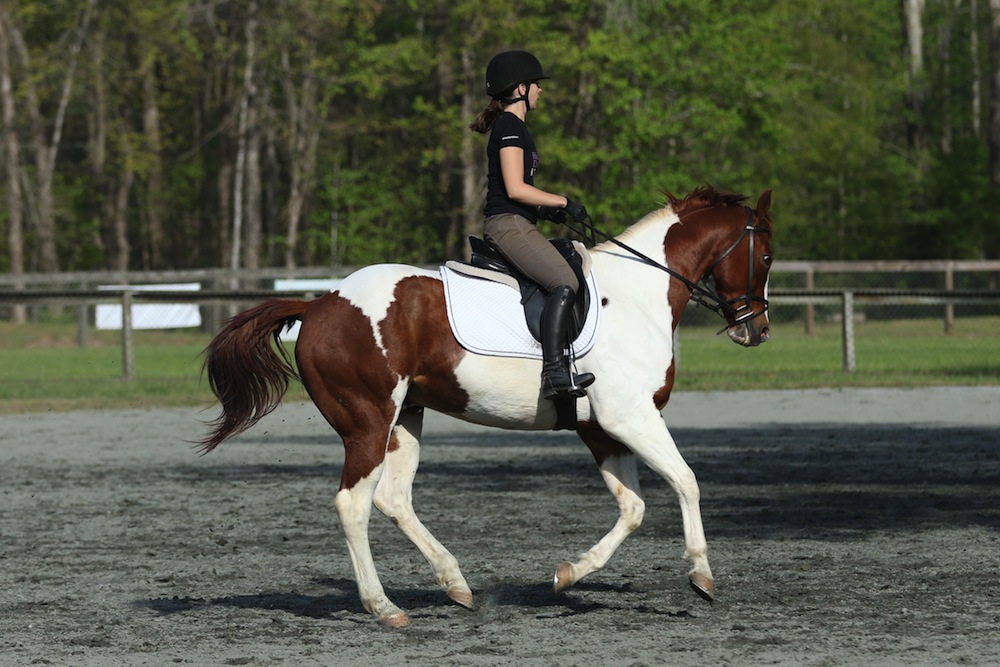 As incredibly disappointed as I was, I was actually very thankful that the problem presented when it did — as we had not yet begun our dressage test, we’ll now have only a “SCR” on our record which is so much better than having an elimination “E.” Also, I was so thankful that JJ’s lameness resurfaced while we were just walking around. If it had happened while we were galloping (or even jumping) on cross country, it could have been extremely dangerous and potentially devastating for us both. I’m so glad we’re both safe!

I allowed myself a momentary pity party, then decided to make my remaining time (ie: the entire weekend) at the event worthwhile. I stepped in to help my trainer Halliea and friend Beth who were also competing. My husband and I went up to XC to watch Halliea’s Novice course, and I decided to volunteer as a jump judge since I had nothing else going on.

As fate would have it, two jump judges had bailed at the last minute and the show organizers were desperate for help. I was happy to step in and enjoyed watching my fellow riders out there having fun. I judged two divisions (Novice and Starter) and I’m pleased to say that 100% of the horses and riders that came through my jumps got through successfully and with no penalties!

On Sunday, while my Go With It Farm team was preparing for stadium, KC contacted me to tell me there was something for me in the show office. Apparently the jump judges and show staff were so impressed by my decision to volunteer despite my weekend being so disappointing that they gave me a sportsmanship award! How cool is that?! I am now the proud owner of a very awesome (and much-needed) fleece-lined saddle cover with “FENCE 2016” embroidered on it. Thank you, FENCE!

All in all, I was really sad that JJ was hurt, that I didn’t get to compete on my birthday weekend, and that we didn’t earn any more AEC or USEA medal qualifying scores. Despite all that, though, I’m so grateful to have spent a fun weekend with my friends, my horse and my husband.

And, yes, the vet is coming today to take a look at JJ and see what’s wrong.

Even if your event comes to an unexpected, unfortunate end, you can still choose to make it a positive experience. Help your friends prep for their rides, or volunteer at the show as a jump judge, ring steward, score runner, or something else. Your assistance will be greatly appreciated, and you’ll have put your time to good use.