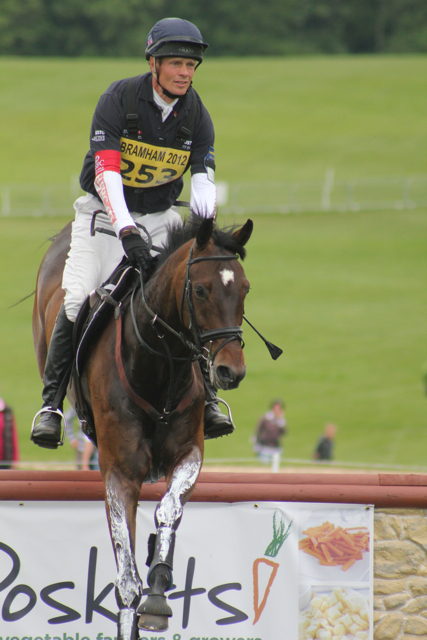 Lionheart and William Fox-Pitt at Bramham. Photo by Samantha Clark.

William Fox-Pitt confirmed via Twitter that his four-star mount Lionheart is coming to the USA to be ridden by Allison Springer.  An 11-year-old gelding by Lancer III, Lionheart finished fourth at Luhmuhlen CCI4* this year, and was William’s ride for the 2012 British Olympic Team. He also placed third at Pau in 2011.  This is a huge get for Allison and the USA team looking forward to WEG at Normandy next year!

Judy and Jeremy Skinner’s Lionheart is sadly leaving Fox-Pitt Eventing to compete in America with Alison Springer. It was a very hard decision but we are very happy that he is joining such an accomplished rider. Lionheart was known particularly for his spectacular jump and has been a joy to work with over the last six years, he will be very hard to replace but we wish Alison and Lion every success for the future.

Lionheart is sadly leaving Fox-Pitt Eventing to compete in America with Allison Springer.