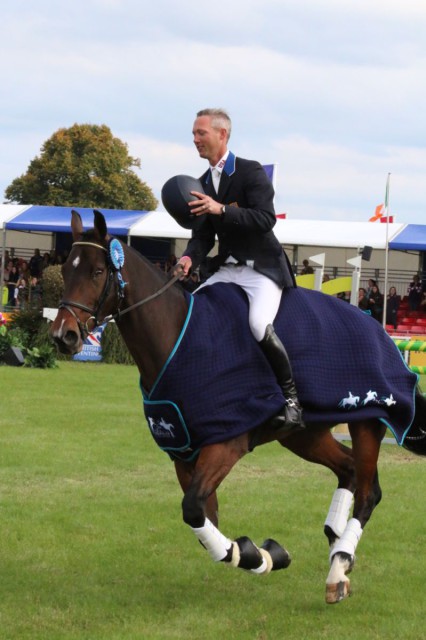 It goes without saying that Clark Montgomery and his long time partner Loughan Glen had some great expectations to fulfill heading into the Olympic Games in Rio de Janeiro this summer. A CCI3* win at Blenheim last year, second in the CIC3* Event Rider Masters class at Bramham in June and a win in the CICO3* at Great Meadow in Virginia in July — it looked as though they were poised to rise to the occasion and take on some of the top horse and rider combinations in the world.

Clark has been gracious enough to sit down with Eventing Nation and reflect on his experience in Rio, and look ahead to what comes next.

“Our move over to England in the fall of 2012 was all in preparation for Rio. I wanted to immerse myself and my horses into the most competitive atmosphere I could get to in an effort to raise my game and I felt like my time there certainly allowed me to do that. We felt absolutely ready for the Olympic challenge and as if we had planned Glen’s preparation for the Games down to the very last detail.”

EN: Unfortunately though, Glen didn’t have the performance that everyone was anticipating. Can you elaborate on what you think went wrong?

“Hindsight is a wonderful but annoying thing. To look back at Glen’s record over the past two years and know the formula for preparation that I used to get those results versus the summer of travel and changes in environments and footing that he was put through over the past two months, we really let him down. At 13 years old, it was his year and his time and we let the preparation change to a point that he couldn’t cope.

“All of the transition finally reared its ugly head in the form of a bone chip that had to be taken out of his knee just after his release from quarantine in Miami. We have him home now at our new facility in Virginia and he is on the road to recovery. He knows that he didn’t perform well and to think that he was physically limited from doing so makes me heart sick for him. He’s a fantastic horse that I have so much respect for. I hope for his sake that he has his chance to redeem himself some day in the not so distant future.” 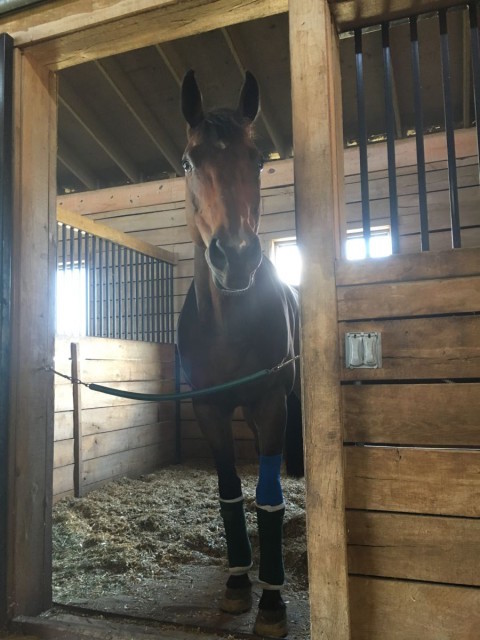 The U.S. selected the Olympic eventing team on June 20, which set in motion a summer of travel for Clark and Glen, who left England at the end of June to make their way to the inaugural Nations Cup at Great Meadows in The Plains, Virginia.

“Glen is pretty laid back in the stables and generally travels really well. With all of the competitions being in such close proximity in England, he hasn’t traveled much in the nearly four years that we have been away so I was curious to see how he would handle the travel from England to Belgium and the flight over. He seemed to get along super and arrived in Virginia fresh and ready to run.

“I have only been to Great Meadow in the past for Twilight Polo and the Virginia Gold Cup, so I was excited to get there and see all of the development that has gone on for the Nations Cup. They have done a fantastic job in such a short time period and I can only imagine what the next few years of development will do for it.

“Glen felt great all weekend. He loves an occasion and really enjoyed the main arena and the course there.” 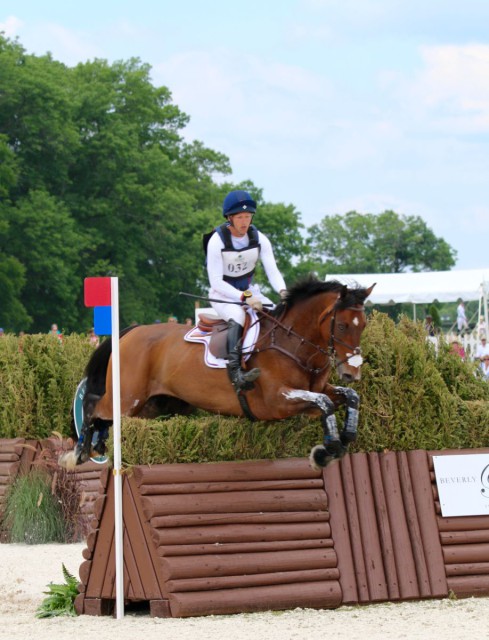 Following his win in the CICO3* at Great Meadow, it was time to head south again on another long ship down to Ocala, Florida for the team training sessions and polish things up before the trip to Miami, and ultimately the flight to Rio.

EN: Compared to his normal preparation in England, you must have had concerns about all of the travel. What if anything did you do to safe guard from him becoming road weary?

“Other than leaving us in England for his preparation, the USEF did everything that they could for Glen. They gave us Gastrogard to protect his stomach, he was fed Standlee Hay which is super high quality with a guaranteed continuity ,and Dr. Susan Johns (the team vet) was amazing.”

EN: You mentioned being at a new facility in Virginia. Where is it? Can you tell us a little about it?

“We are at Dave and Patricia Vos’ Crosswinds Farm in Delaplane, Virginia, right near Middleburg. It has everything you could ask for. A beautiful stables, a nice arena and cross country. I am really looking forward to working from there. I am back now and available for lessons, clinics and training for anyone interested.”

Wishing Glen a speedy recovery, and many thanks to Clark for talking to us. We’re glad to have him back in the U.S. and look forward to seeing him out on the circuit again soon. Go Glen and Go Montgomery Eventing!