Taylor Oxley is an aspiring young event trainer based outside of Aiken, SC. She grew up in a small town in Iowa, where she climbed the ranks within her local Pony Club, eventually branching out to be a working student for numerous world-renowned eventers along the east coast. Taylor purchased her OTTB mare, Allie, in the winter of 2015, and together they climbed from the Novice to the Intermediate and CCI2-L levels in their five short years together. Although Allie recently entered a much-deserved retirement, Taylor has a growing string of young training horses she is excited to bring along to follow in Allie’s hoofprints. She loves sharing all she has learned with this incredible mare and hopes the fire this horse has ignited in her can help inspire EN’s readers as well. 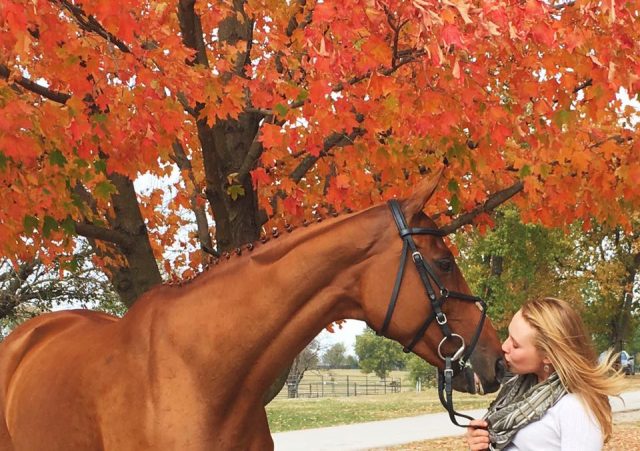 Earlier this year, I made one of the hardest and yet easiest decisions I have ever had to make. After a year and a half of painstakingly rehabbing my upper level mare from a back injury, she told us her body had had enough. She was just starting to feel like her old self again, full of piss and vinegar and acid and flames; our plans for the future were just starting to take shape over the horizon. I could feel it in my bones. And yet, it was time to hang up the bridle and allow her to enter retirement.

I took this decision harder than I’ve taken anything in a while. The decision itself wasn’t the hard part; I was putting the safety and well-being of my heart horse first, and that was a no-brainer. The hard part was hanging up the hopes and dreams I had alongside that bridle.

I put a lot of pressure on that horse’s back. She carried my physical weight across some of the biggest tracks and coolest venues we’ve ever seen. But along with it, she carried my goals, my purpose (or, what I thought was my purpose, anyway), and my vision for the future. Without her, I saw nothing ahead of me. It was all deep, and dark, and scary. A black nothingness of Not Knowing.

About two days after making my final decision, I broke down in the tack room during evening chores. My best friend, Hannah, like the saint she is, hadn’t left my side since that first day, and held me close, knowing what I needed was warmth and connection over any words she might try to find. Amongst sobs, I think I surprised us both when I choked out, “What if I love that damn horse more than I love this sport?” That wasn’t a fair question for me to ask of her, and it really only required an answer from deep within myself.

It’s been a while since those words hung in the silence between us, and I’ve been thinking about them a lot. As an aspiring young professional trying to turn my passion into profit, it feels like I have to be in it for the sport first and foremost. But the truth is, when I really let myself think about it, I’m not. I love this sport, don’t get me wrong. It has provided the opportunity of a lifetime for me, and I wouldn’t be who I am today without the thrills and the lessons it’s given me. But, when it comes down to it, I love my horses more, and I think I forgot that for a while. To be honest, as soon as my mare got back to feeling like her old self again, I couldn’t stop dreaming of chasing the blue numbers on her one day, and at one point I literally bought a calendar and mapped out an entire year and a half of shows we would need to enter to tackle this goal. I got ahead of myself, and I got ahead of my horse in pursuit of chasing the ranks of this crazy sport. And in doing so, I lost my purpose for a bit. 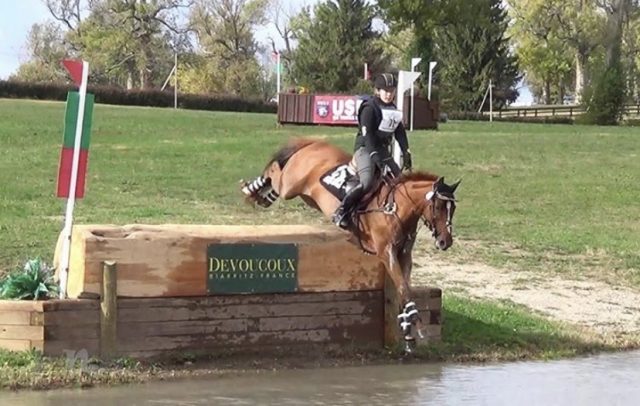 Don’t get me wrong, I want to get to the top. I think most of us who pursue this professionally do (and there is nothing wrong for those that don’t). But, I think I’ve finally answered the question that for me, that is not the ultimate goal. What I had – have – with Allie is the ultimate goal. I wouldn’t trade that connection for the world. And honestly, I wouldn’t want to chase the blue numbers with anything BUT something I was that connected to, anyway.

Through this realization, I’ve acknowledged that this might slow me down in the pursuit of getting to the top of this sport. After Allie, there was talk of getting another upper level prospect, and for a while I was hell-bent on looking at horses that had already been started, who were out proving their worth and were ready to hit the ground running. We looked at a few, but something just wasn’t sitting right. It took me a while to realize that that ‘something’ was the fact that I was looking at what the horses could do FOR me, not who they could be WITH me. And that distinction has made all the difference.

I’ll be honest that I’m not entirely sure what my purpose is in writing this, beyond the fact that I needed to put these thoughts into words for myself. But, I’ll leave you with this: I think there are riders at the top, and I think there are horsemen at the top. I don’t think either is better than the other, and to be honest, I think the riders find more noteworthy success than the horsemen. But, I think the distinction is that the horsemen love their horses more than the sport, and there is something to be said for that. I don’t think this is a game of “either/or” like I did when I posed that question in the tack room. I do think it means it’s going to take me longer to reach new heights, but I’ve realized that I’m okay with that. In a world that’s created such a rat race of a sport, I think it’s important to remember why we do this in the first place. And I am proud to say that I finally remember my ‘why’.