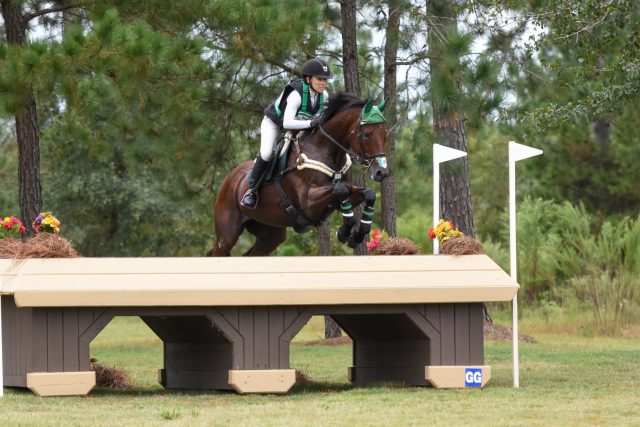 The Land Rover Kentucky Three-Day Event Presented by MARS Equestrian™ (LRK3DE) is proud to introduce “Behind The Barn,” a unique series of 12 intimate video interviews with participants at the 2021 event. The in-depth, sit-down interviews will be featured on the event’s social media channels and website starting on Sunday, April 18.

The 2021 Land Rover Kentucky Three-Day Event Presented by MARS Equestrian™ will be held – without spectators – April 22-25 at the Kentucky Horse Park in Lexington, KY. With so many of its fans unable to attend “America’s Premier Equestrian Event,” Equestrian Events, Inc. (EEI), producer of the world-class event, is creating this series of interviews to enhance viewers’ online experience.

“This will be a chance to hear some of the biggest names in equestrian sport reveal what inspires them and what they hope to accomplish as they prepare for this year’s event,” said Lee Carter, EEI Executive Director. “In many ways this will give fans of our event an up-close look at our sport’s leading competitors beyond anything they could experience in person. We think everyone will be touched by some of the previously private stories they’ll hear.”

Known as “The Best Weekend All Year,” the Land Rover Kentucky Three-Day Event Presented by MARS Equestrian™ (LRK3DE) hosts one of only seven annual Five Star three-day events in the world and is serving as a U.S. selection trial for this summer’s Tokyo Olympic Games. As the United States’ premier three-day event, LRK3DE serves as the Land Rover/USEF CCI-5*-L Eventing National Championship Presented by MARS Equestrian™ for U.S. athletes.

A new partnership between EEI and the Kentucky Horse Park Foundation combined with the support of US Equestrian (USEF), longstanding sponsors Land Rover, MARS Equestrian™ and Rolex and many other valued event sponsors, plus the collective efforts of the many individuals who donated, ensured that the nation’s premier equestrian event will be held with its traditional CCI5*-L in the afternoons and a new CCI4*-S in the mornings. Although the event is being held without spectators, it can be seen live online, free of charge, on the USEF Network.
The “Behind The Barn” interviews are hosted by veteran TV personality and three-day event rider Frankie Thieriot Stutes. The interviews will premiere on the event’s website and social media pages (Facebook and Instagram) as follows:

“I have no doubt that these interviews will be incredibly popular,” Carter added. “The riders open up and reveal some very personal feelings that will touch everyone who watches. I am so excited about these interviews and I can’t wait for everyone to see them!”