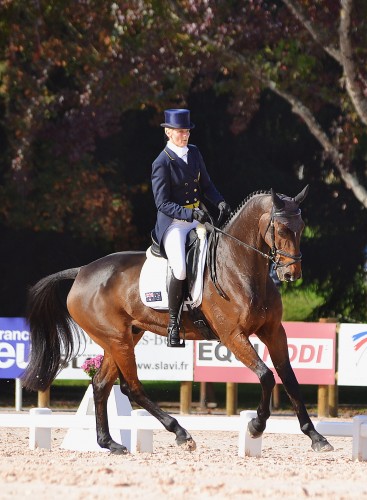 With the judges cracking down on scoring today, Kate and I wondered if we’d see any scores in the 30s before the conclusion of the dressage at Les Etoiles de Pau. Lucinda Fredericks and Flying Finish scored 39.2 to just sneak into the 30s — the only pair to ultimately do so — and win the dressage with a lovely test in the final group to go today. Lucinda was second after the dressage with this horse at Luhmuhlen, and they were in fine form again today. She said in the post-dressage press conference that the horse is becoming very consistent and workmanlike in how he approaches this phase, and it’s probably about time to begin treating him as such. Kate has been dutifully recording all the top dressage tests over the past two days, so be sure to check out the video below. 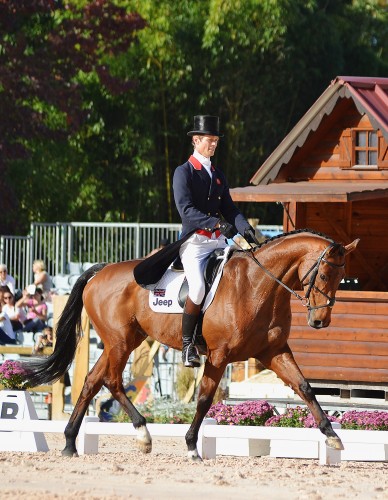 William Fox-Pitt finishes the dressage with all three of his mounts — Seacookie TSF, Cool Mountain and Neuf Des Coeurs — and  sitting in second, third and fourth places on scores of 41.5, 42.2 and 43.2, respectively. He had a chance to take the lead from Lucinda with Cool Mountain as the final ride of the day, but he didn’t quite get there, and he goes into the cross country in third place with that horse. William said in the press conference that he was quite pleased with Cool Mountain, and now he’s looking ahead to tomorrow, when he’ll be riding through some pain after tweaking his back last weekend at Le Lion. He’s riding at Pau under the watchful eye of Jenny Hummel, his physiologist, and he’s hoping to get through tomorrow without too much pain. You’ll hear more on his injury in the press conference video. 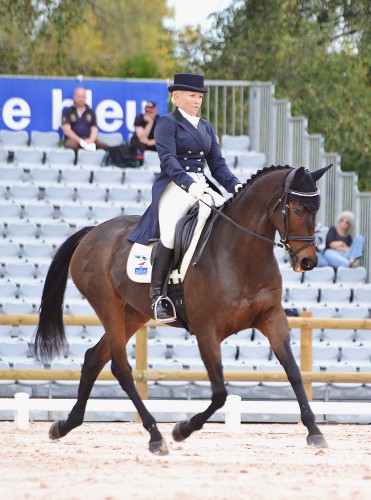 Hawley Bennett-Awad and Gin & Juice were the final pair to go this afternoon for Team Canada, and they were one of the 23 pairs to finish inside the 40s, scoring 49.5 to sit in 22nd place overnight. Ginny can be a bit of a firecracker in the little white box, and I thought she behaved nicely today for Hawley. Marilyn Little and RF Demeter were the last pair to go this afternoon for Team USA, and they scored 51.2 to sit in 27th place overnight. They were on par for a very good score at the beginning of the test, and then the marks started dropping in the canter work. I chatted with Marilyn after her test, and she said Demi’s gaits and the quality of the work are where they need to be, but she knows there are some technical problems she still needs to address. I’ll have that interview uploaded shortly. 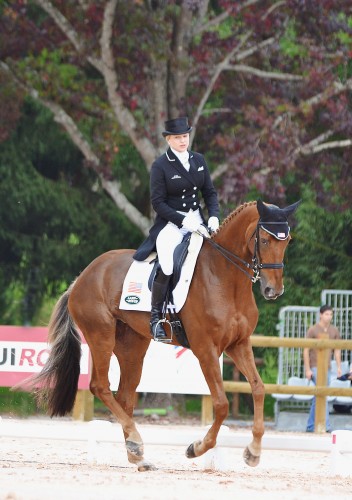 Team USA finishes the dressage with two riders in the 40s and the rest in the 50s — definitely a mixed bag across the board, and it’s clear we’re still not where we need to be in this phase on the international stage. Coach David O’Connor was kind enough to sit down and chat with us this afternoon about his thoughts on how Team USA performed over the past two days, as well as give some insight on how he’s coaching the riders to tackle Pierre Michelet’s cross-course course. So stay tuned for the interview with David, as well as Kate’s thoughts on the day, press conference interviews with William Fox-Pitt and Lucinda Fredericks, and an interview with Marilyn Little. And while you’re waiting, be sure to watch all of Kate’s videos below and check out all her photos on Eventing Nation’s Facebook page. Go Pau. 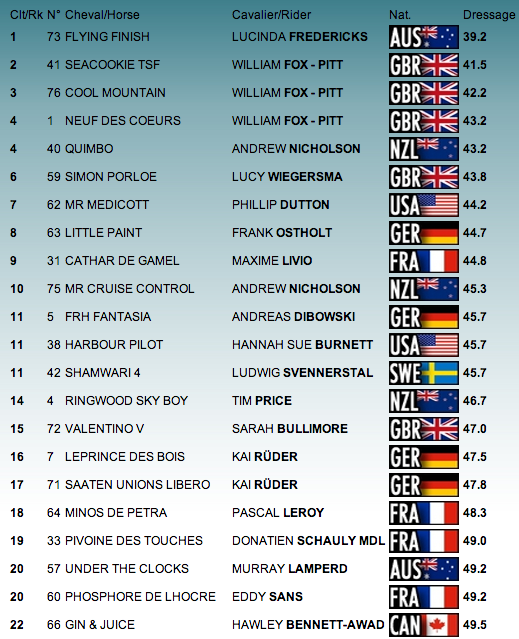