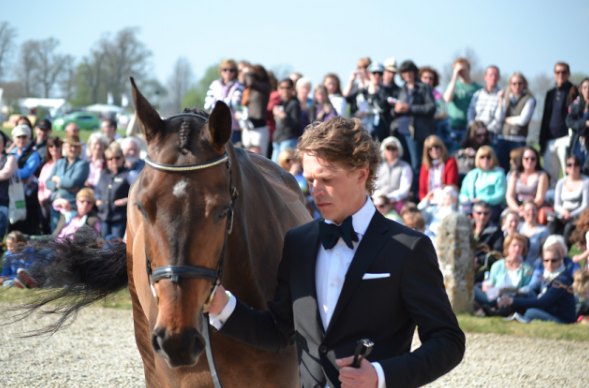 Hot on the heels of the sale of his Olympic mount Shamwari to Boyd Martin, Ludwig Svennerstal is packing up his horses and moving in with Mark Todd at Badgerstown. All six of his horses including, King Bob and Alexander, are moving and Ludwig has high hopes for Badminton in May.

Ludwig is moving his string of 6 horses to Mark Todd at Badgerstown, at the end of January. This includes his top horses King Bob and Alexander aimed at Badminton in May.

“I am thrilled to have the opportunity of training side by side with one of the world´s best event riders through all times,” says Ludwig.

“It will be very inspiring, and give me a chance to be in a professional environment with great facilities,” continues Ludwig, who is hoping for a medal at the World Equestrian Games in August.

As Ludwig is reorganizing his stable with horses and is hoping to replace Shamwari with a younger horse, with Rio de Janeiro 2016 in mind, he feels excited about the future.

The location of Badgers Town is ideal as it is close to many events and to the M4 which makes it easy to communicate to the rest of England and Europe.

I took just enough Swedish in college to flirt with the hot exchange student.  That said, Lycka till Ludwig!