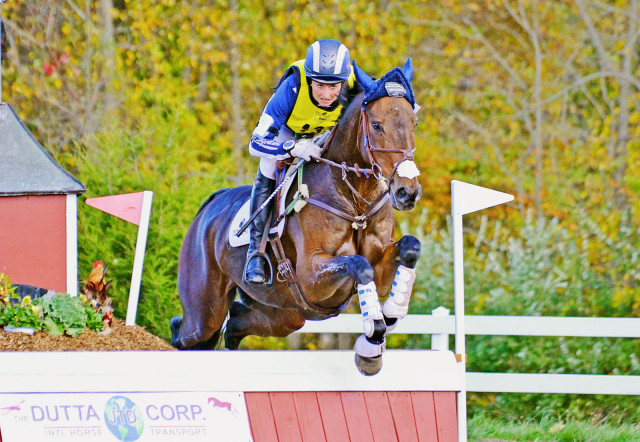 It’s the most wonderful time of the year! And we’re not talking about the holidays. With last night’s release of the USEF’s 2015 Eventing High Performance Training Lists, social media is once again aflutter with congratulations to the riders who made it and confusion as to the ones who didn’t.

First, let’s talk changes to the training list format. Horses were not named in this most recent list, a strategy last used toward the end of Capt. Mark Phillips’ tenure as U.S. team coach. The riders “will make plans with U.S. Eventing Team Coach David O’Connor as to which horses they will ride in each session,” the lists explain.

The intent is to give David more flexibility when it comes to which horses he wants to participate in the sessions, as well as provide an avenue for other horses to come onto the list that might not currently be on the radar, USEF Eventing Selection Committee Chair Bobby Costello explained.

For example, last year Boyd Martin acquired Shamwari 4 after the winter training lists had been released. While David stayed late and started early at the training sessions to work with Boyd and Shamwari, the selectors could not officially add him to the list. Only listing rider names gives a way to work around that type of scenario.

Similarly, the new quarterly review process also provides more leeway when it comes to adding more riders to the lists throughout 2015. “Say there’s a rider who really turned it on for the last result of the year, but the rest of the season didn’t show consistency,” Bobby said. “If that person comes out and performs well in 2015, it gives us more flexibility to add that rider to the list.”

Will names be removed in the quarterly review periods throughout 2015? Bobby doesn’t see that happening too often. “The riders and David want to have some sense of security that they’ll be able to continue working together throughout the year,” Bobby said. “If a horse gets injured, then maybe a rider would come off the list.”

Additionally, Bobby doesn’t anticipate adding a lot of names throughout the year, maybe “one or two here or there that we are keeping our eye on that we didn’t feel met the standard to make the list going into 2015,” he explained.

As for that standard, the lists clearly explain that the selectors are “directly focused on the Land Rover U.S. Eventing Team producing successful results at the 2015 Pan American Games and the 2016 Olympic Games.”

Importance of the Pan Ams

While it remains up in the air as to whether Canada will receive Olympic qualification with Maxime Livio’s fate still pending following his horse’s positive drug test at the World Equestrian Games, Bobby said the selectors are focused on delivering a dominant performance at the Pan Ams regardless.

“We absolutely have to do whatever it takes to win at the Pan Ams,” Bobby said. “Even if that works out for Canada, I think it’s really important for us as a nation mentally to go out there and win and let it hopefully build confidence and momentum for the program going into 2016.”

With that in mind, Bobby said the selectors are looking for combinations that have shown consistent good form — which is certainly not a new concept for the selectors — and can in turn be counted on to help win the Pan Ams.

“Our job is to study the results and look into this and have a gut feeling about a horse and rider combination,” Bobby said. “We spend the time doing that kind of research. There are only so many slots and only so many people who can work with David, and those have to be people we can count on when it comes down to a championship.”

When it comes to riders who didn’t make the training lists — especially when the rider ended the season with a very good result, for example — Bobby said the decision is not always what it appears on the surface.

“People see it as very black and white, but a lot of it is based on the feeling you get about a certain horse and rider, which is developed over years of watching somebody ride. It’s subjective, but it’s not off the cuff. It’s a painstaking process that is not taken lightly at all,” he said.

So we have to keep that in mind when looking at who didn’t make the cut. Based on the criteria outlined in the training lists and explained by Bobby, all omissions essentially come down to (1) lack of consistency, (2) lack of a “top horse” currently or (3) lack of a horse suitable for the 2015 Pan Ams or 2016 Olympics.

The most glaring omission has to be Jennie Brannigan, and it’s difficult to swallow the fact that this year’s Dutta Corp Fair Hill International CCI3* winner didn’t make the list. But that string of bad luck we talked about continues to haunt on her. If there’s any consolation, it’s the fact that this will only strengthen Jennie’s resolve to prove she can deliver that consistency.

And that’s our advice to all the riders who are disappointed today following last night’s announcement: Come out swinging in 2015 and show the selectors you can contribute to that goal of winning the Pan Ams and building confidence for the High Performance program as Team USA looks toward the 2016 Olympics.