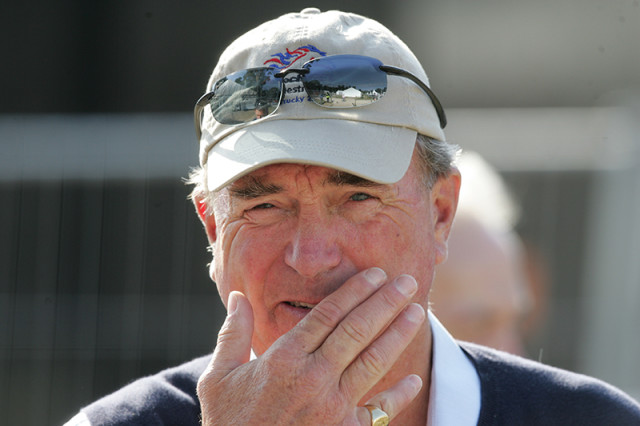 Marc Rigouts is the new coach of the Belgian eventing team after the Belgian Equestrian Federation (FRBSE) decided not to renew Capt. Mark Phillips’ contract at the end of 2014, the federation announced in a press release.

FRBSE completed a “detailed analysis” of its High Performance eventing program following the 2014 World Equestrian Games in Normandy, as Belgium did not complete a team and is not qualified for the 2016 Olympic Games in Rio de Janeiro.

“After assessing the actions taken for WEG and after consultation with the riders of high performance sport in this Olympic discipline, the steering committee of the FRBSE decided to stop working with the current coach, Mark Phillips,” FRBSE said.

Belgium must now qualify for the 2016 Olympics at this year’s European Eventing Championships at Blair Castle in September, and FRBSE has made it clear that this is Marc’s top priority in his new role as team coach.

Marc has a wealth of experience both in and out of the saddle, having competed for Belgium most recently at the 2012 London Olympic Games, as well as coached the team at the 2000 and 2004 Olympics. He also coached the Dutch eventing team in 1993 and 1994.

“His many skills such as experience, technical knowledge, accessibility, availability, communication skills, sense of the horse and his affinity with the world of eventing in Belgium made him the ideal candidate,” FRBSE said.

There have been no official announcements as to what’s next for Capt. Phillips after his parting of ways with the Belgian team. He will be in Wellington this coming week as the course designer for the new $50,000 Wellington Eventing Showcase.

[Marc Rigouts is the new coach of the national team eventing]