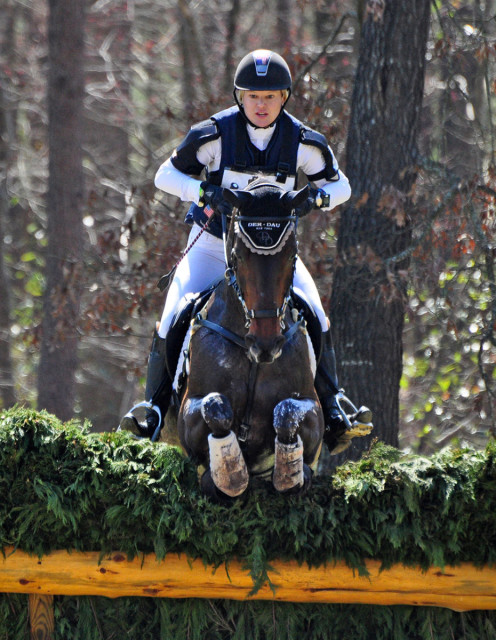 Marilyn Little and RF Scandalous just won their fourth consecutive two-star competition after a clear round with 1.6 time penalties at the Cloud 11 ~ Gavilan North Carolina International. The 10-year-old Oldenburg mare owned by Raylyn Farms and Phoebe and Michael Manders made easy work of the course, cruising home to take the victory in the mare’s first appearance at the Carolina Horse Park. As we look forward to the Pan Ams, it’s hard to deny this mare’s consistent brilliance and potential as a team horse.

“She was really wonderful today. She was definitely a different horse today on cross country. She was really on fire going into the box — not nervous but definitely really excited to do the job, very solid the whole way around and quite fast. It was the first time I’ve really left the box and gone right out of the box. I was wondering if that would affect her as the course went on, and she really handled it well,” Marilyn said.

“She just felt genuinely excited today, which is pretty cool – she’s becoming a High Performance horse. It’s a really exciting time because she’s exhilarated by her fitness and by her power, and it’s also a very different feeling. She takes off into a combination  and she just has so much more scope. She answers all the questions very easily; she felt more like riding a three-star or four-star horse.”

Ryan Wood and Powell, owned by Summit Sporthorses Ltd, Inc., maintained their second place position with a double-clear round. Ryan said yesterday that this would be the 9-year-old Oldenburg gelding’s third Intermediate level run but it was only his first two-star. Ryan is hoping this big horse will be a future four-star mount, so I’m sure he’s pleased with today’s performance.

“Knowing that he’s got the ability in the jumping and the dressage, the question became if he could gallop because he’s an Oldenburg, and this was the first time I opened him up. He cooked along. He had about 10 seconds under the time,” Ryan said. “There were questions out there he was seeing for the first time. He picked up on all of them and read them well.” 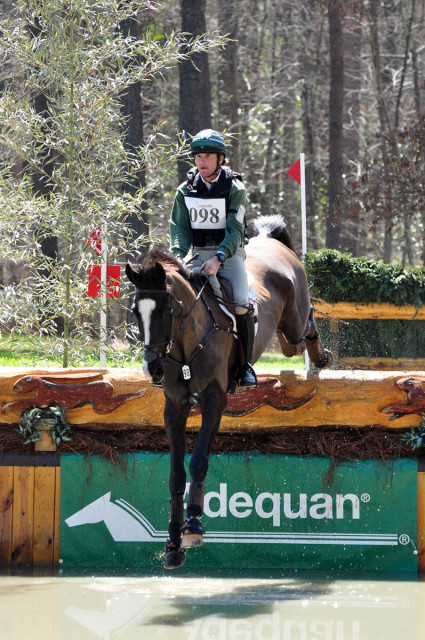 Mighty Nice never missed a beat in his first full horse trials back in action after a long rehab from an injury last fall. He was sixth after dressage and then moved up to third with a double-clear show jumping round. Always a machine on cross country, Mighty Nice did his job and jumped beautifully for Phillip Dutton, finishing clear with 2.4 time penalties to remain in third.

Phillip also enjoyed a double-clear round on Mr. Medicott, who looked thrilled to bits to back out on course for the first time since Rolex last year. He did incur 4.8 time penalties, but Phillip had said yesterday he was looking for conservative rides with Happy and Cave, and had planned to go as easy as he could hold them.

“They are unbelievable cross country horses. I’ve been doing this a long time, but you don’t get any better cross country horses than that. It’s a real privilege to be able to go along with them, which is probably the right way to put it — they take you around. I was pleased with the speed they went; they settled well. Hopefully they will be a lot better and fitter because of it, and we’ll go faster next time,” Phillip said.

“The footing held up well. There were parts in the sand, especially the parts where the Intermediate and two-star and three-star combined the jumps, that got a little bit deep. I tried not to jump the middle there and stayed off to the side to give them the best possible footing. The footing is a credit to the organizers. Each year we come and the event is that much better. This year, I thought it had a real international feel about it.” 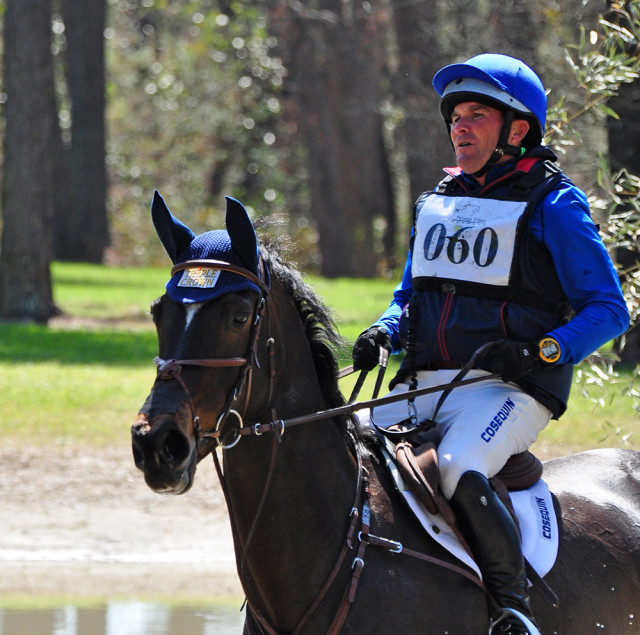 Just a fraction of a point behind Phillip and Happy was Will Faudree and Caeleste, who finished on their dressage score of 47.8 for fourth place. The 8-year-old German Sport Horse mare owned by Jennifer Mosing and Sterling Silver Stables is a simply gorgeous jumper and an experienced two-star horse, having finished second and third at Plantation Field and Chattahoochee Hills last year. She moved up to Advanced at Pine Top in April, finishing eighth with no jumping penalties.

Will’s other ride Pfun, an 8-year-old Irish Sport Horse also owned by Jennifer Mosing and Sterling Silver Stables, was also double-clear, finishing the weekend in seventh place, vaulting up the leaderboard from 20th after dressage thanks to two good jumping rounds.

Rounding out the top five in the Setters’ Run Farm CIC2* is Lizzie Snow and her longtime partner Ringfort Tinkaturk, a 10-year-old Irish Sport Horse gelding owned by Diane Snow. This is their third year competing at the two-star level together, and they were another combination to finish on their dressage score in this division.

The cross country ran in reverse order of go, putting pressure on the leaders as the division wound down. It became clear early on that the Stonehenge combination at 11AB was going to cause problems, as not having the perfect line to the corner at the B element would result in a run out. 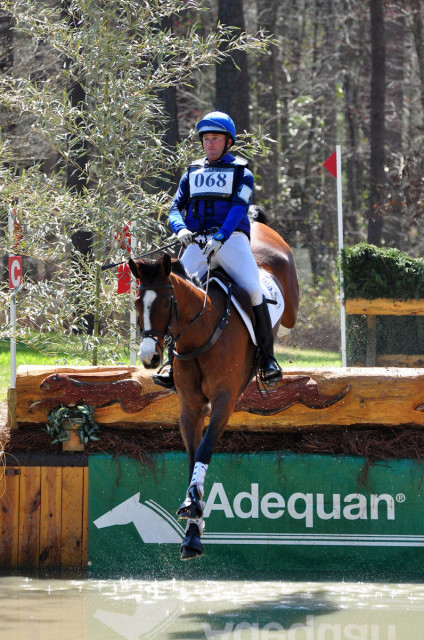 Will Faudree and Caeleste. Photo by Leslie Threlkeld

Young Rider Elena Hengel, fourth after show jumping, was poised to finish high on the leaderboard amongst a field of experienced professionals when she fell from Zipp at Dechra’s CHP Table at 12. Mighty Nice and Phillip were held briefly while the medical team attended to Elena, who was reported to be fine and walking.

For a play-by-play of the two-star action, check out our live updates and remember to watch the USEF live stream, which has been posting individual rides On Demand each evening. The three-star is well on it’s way now, and we’ll have much more for you from Carolina International, so stay tuned! 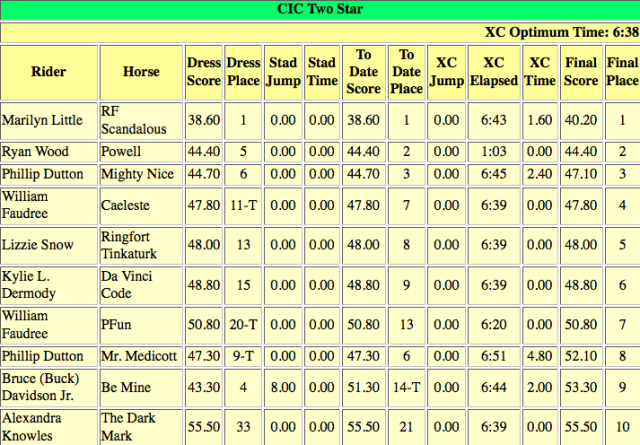