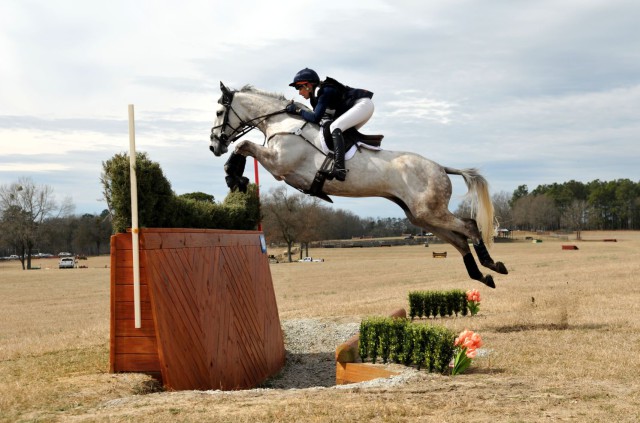 Derek di Grazia’s new Advanced track reportedly rode quite well, with just a handful of problems scattered around the course. Time is typically a big factor at Pine Top, and this event was no exception. Andrew McConnon and Rachel Jurgen’s Ziggy were the only pair out of 60 Advanced starters to make the time, however several came very close.

Elisabeth Halliday-Sharp, a California native who recently relocated from her base in England to Florida for the winter months, made easy work of the course on both of her Advanced rides. In fact, they both went clear and both crossed the finish line 6 seconds over the optimum time of 6 minutes and 16 seconds.

Fernhill By Night, owned by her mother Deborah Halliday, started off leading the Advanced Test A division yesterday with a dressage score of 24.1. A single show jumping time penalty left them with a few seconds to spare on cross country today, and they maintained their lead with 2.4 time. 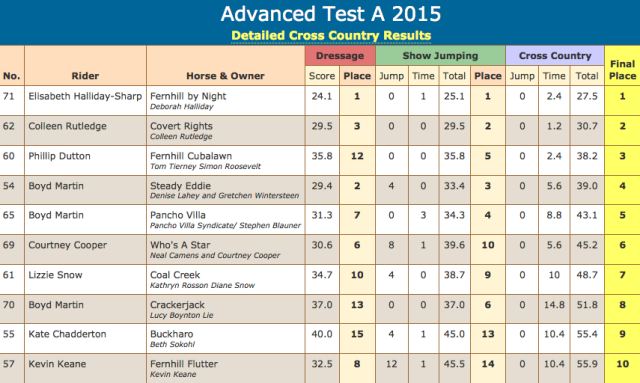 HHS Cooley, also owned by Deborah, was sixth after show jumping in Advanced Test B, but his clear and fast round moved him up to second place.

Colleen Rutledge and Covert Rights were second behind Elisabeth and “Blackie” after the first two phases in Advanced Test A, and with the fastest round of the division and just 1.2 time penalties to add, they maintained their position on the leaderboard.

Colleen also jumped clear around the Advanced track with Escot 6, who was doing his first Advanced, and the very experienced Shiraz, who was said to be “a little more than excited to be out on cross country” on Colleen’s Facebook page.

Phillip Dutton and Fernhill Cubalawn, owned by Tom Tierney and Simon Roosevelt, moved up from fifth to third with 2.4 time. Boyd Martin rounds out the top five with Steady Eddie in fourth and Pancho Villo in fifth.

Kurt Martin and the lovely Anna Bella were eighth after dressage in Advanced Test B, but a double-clear round in show jumping this morning moved them up to fourth. Three extra seconds on the clock across the country gave them the win.

Similarly, Julie Richards and Sher Schwartz’s mare Beaulieu’s Cayenne started off in 12th, but posting one of a handful of clear show jumping rounds moved them within striking distance in 7th place. A few time penalties moved them up further to finish third.

Overnight leaders Michael Pollard and Ballingowan Pizazz were a few seconds too slow on cross country, though he said the course rode well. 9.2 time penalties tied them with Julie on a final score of 37.4. However, Julie and Cayenne were 16 seconds closer to the optimum time to take the tiebreaker. 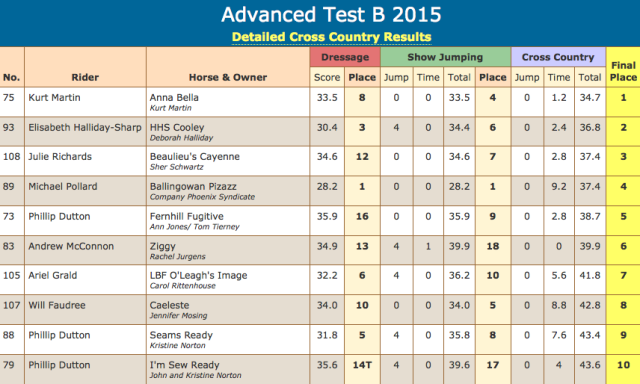 Virginia Wilson was capturing some spectacular slow motion footage of today’s cross country and posting it on the Pine Top Eventing Facebook page, so be sure to check that out. And the Horse Pesterer is uploading footage from today to a large Pine Top playlist on YouTube.

We appreciate Mark Lehner of Hoofclix sharing his photos with us this weekend, so check out the gallery below and see more at Hoofclix.com.

Intermediate, Preliminary and Training level competitors get underway with their final phases of competition at 9:00 Sunday morning. Go Pine Top! 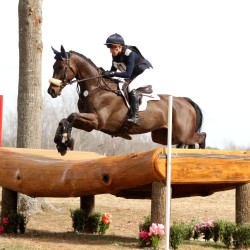 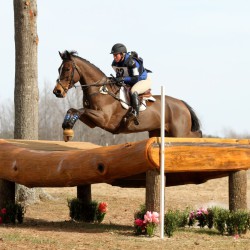 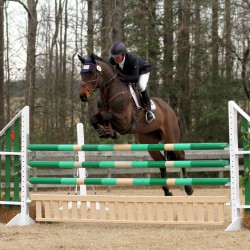 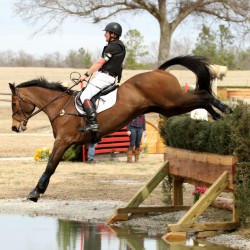 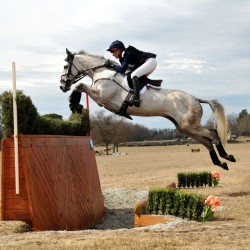 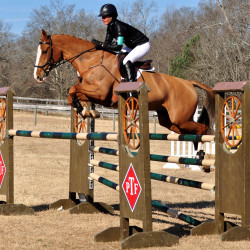