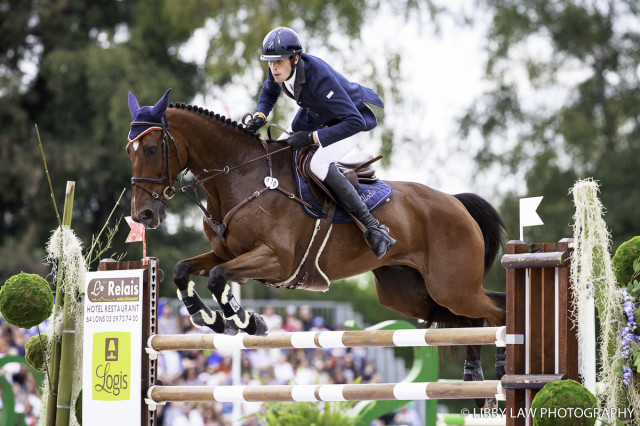 Today Michael Jung found himself in a position he knows very well: The last rider to go on the last day of competition with little room for error. But a dark bogey fence near the end of the course and the penultimate fence on course dropped Michael and fischerRocana FST to third place, and Maxime Livio of France and Qalao des Mers claimed victory by finishing on their dressage score in front of a jubilant French crowd.

“I’ve finished second at this level before, so finally to win is very special,” Maxime told reporters. “I’ve had a marvelous time at Pau – the ground was well prepared, the courses were great and my horse performed well.” 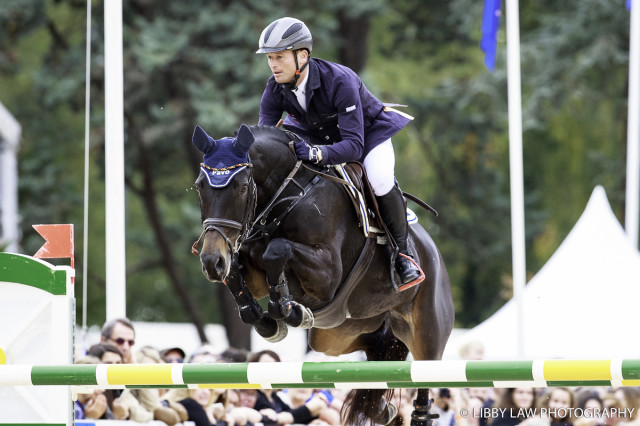 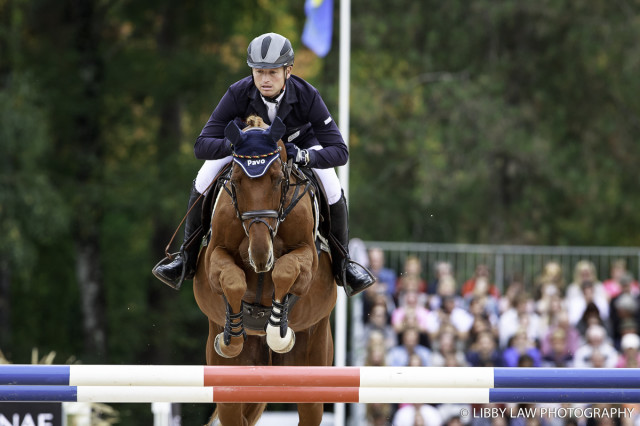 As our friends at Equiratings pointed out, Michael has a bit of a complicated history show jumping at Pau, leaving the door open for a flawless performance like the one laid down by Maxime and Qalao des Mers:

3 appearances in the Pau 4* SJ arena for Jung. A fence on every occasion. Last year it cost him the win. Can he defy his stats this time??

But Michael was ever the diplomat, pleased to finish second and third aboard fischerTakinou and fischerRocana, respectively. Michael went early on in the order aboard Takinou and brought home four faults, but nonetheless an impressive finish for the gelding’s first four-star outing and one that proved difficult to beat, even by his own stablemate.

“It is always disappointing to have a fence down, but I am happy with both my horses,” he said.

Nicola Wilson (GBR) and One Two Many had a very scrappy round, with the Irish Sport Horse gelding digging in between fences and launching high with no sign that the four-star track had tired him out. But he also seemed to be eyeing the crowd a bit, and they had an early rail as well as the very last fence on course. While it dropped them off the podium, their previous days’ efforts were still good enough to secure fourth place; the pair’s best ever four-star finish.

Alexander Bragg of Great Britain rounded out the top five aboard Zagreb with a beautiful clear round that appeared to leave Alex overjoyed and a touch misty-eyed. This is his rookie year at the four-star level with his first attempt and completion coming last month at Burghley aboard Redpath Ransom, and now a fifth place finish aboard his second four-star mount, Zagreb. This is definitely one to watch in the future! 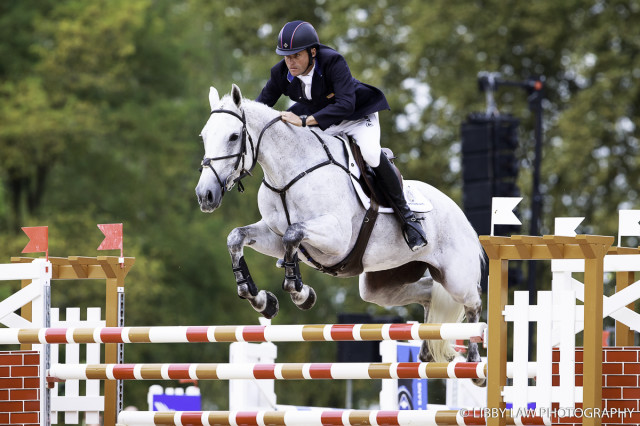 American Boyd Martin certainly didn’t have the day he was hoping for when his sixth place mount Crackerjack was spun at this morning’s inspection, but his second mount Welcome Shadow rose to the occasion today. The 11-year-old mare owned by Gloria Callen added just one rail to her score, finishing thirteenth in her four-star debut.

“She was green today, but she tried her little heart out,” Boyd told EN. “It was a respectable result and I’m glad we brought her over here. I think she will learn a lot and should come out for Rolex next year a much more seasoned horse.”

Adding a rail or two today was a positive finish for most horses, as the course definitely challenged the remaining competitors after a challenging cross country test on Saturday. There were seven clear rounds out of today’s 35 starters, and 15 horses with eight or more faults. Astier Nicolas was one of the victims of today’s course, dropping from what could have been a second place finish had he gone clear to finishing with twelve faults in 17th place.

Crackers was not the only horse spun this morning; Katie O’Sullivan’s (IRL) Cooley Blue Flame was also not accepted. Sonja Johnson (AUS) and Parkiarrup Illicit Liaison, who had been in tenth place, withdrew before show jumping, as did Roberta Fox (GBR) and Fleet Street, who were in 38th.

Pau is the first leg in the FEI Classics Series, which aims to unite the top end of the international eventing circuit by way of the world’s six four-star events. The series champion collects $40,000, so it’s a rather worthwhile endeavor. Maxime will collect 15 points and lead the series for his performance today with last year’s winner Michael Jung hot on his trail with 12 points. The next four-star event on the calendar is Adelaide, the first weekend in November. 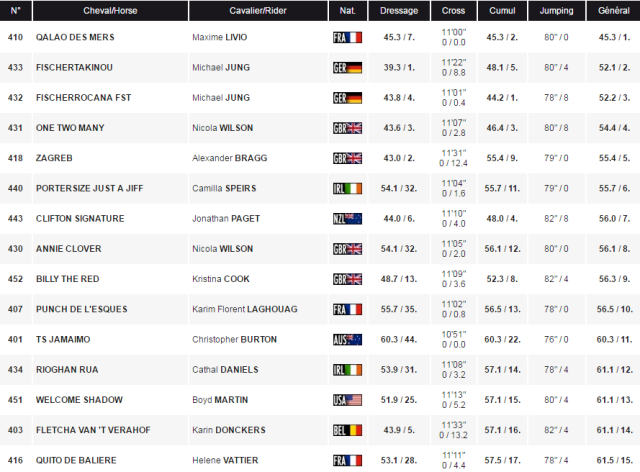