This article is brought to you by Athletux Equine. For more Athletux articles, please click here.

Hang on a second, did Barbie give up the ride on her loyal palomino?

Wait a second … I don’t remember Barbie’s horse (side note: quite a bit of conflicting information out there on this horse’s name. Dancer? Dallas? Tawny?) having a hind end like that …

Well that’s because the adorable, spunky and incredible little mare on the right isn’t a fictitious plastic doll, but instead an exciting 7-year- old Swedish Warmblood owned by Laura Boyer and ridden by James Alliston of Alliston Eventing in Castro Valley, CA. 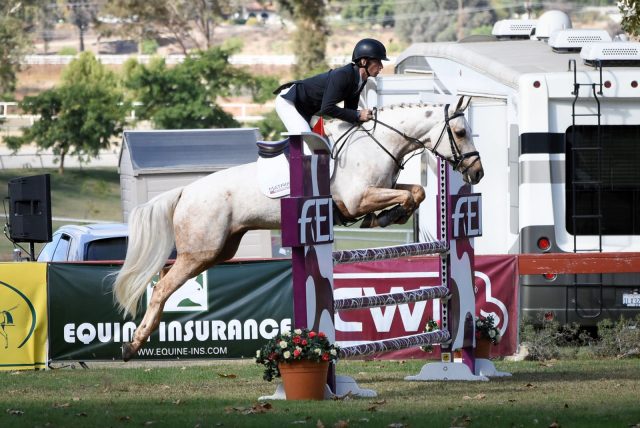 Pandora is a well-loved member of the crew at Alliston Eventing, and after her impressive win on her dressage score in her first Intermediate at Fresno County Horse Park Horse Trials, the flashy duo is getting some much deserved attention.

“Everyone makes fun of (James) when he rides her because she’s little and palomino but she’s seriously so cool,” said James’ girlfriend and fellow trainer Helen Bouscaren.

Pandora’s results speak for themselves. With top ribbons all up and down the West coast in the Prelim and CIC1* divisions and that impressive Intermediate debut Pandora has proven herself a force to be reckoned with, all 15.2 hands of her.

With a bright future ahead of her, Alliston Eventing head groom Golly Martin recalled a time from Pandora’s past that really sums up the feisty mare’s personality: “She was so sassy as a baby. She used to always follow Kendra into the tack room when Kendra was working on the breeding farm where she was born.” 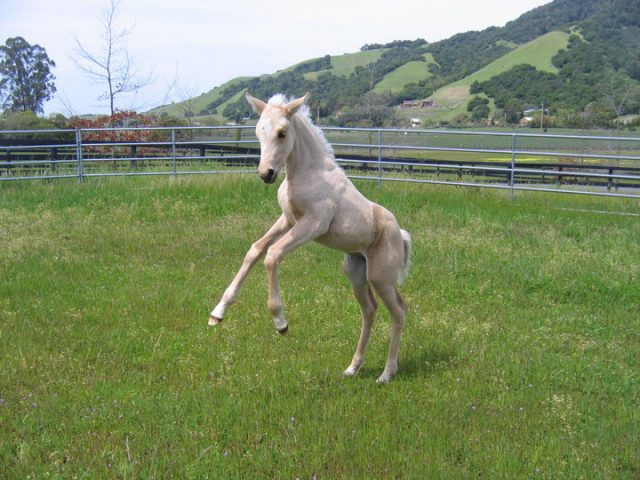 Kendra being Kendra Boyer, whose mother, Laura Boyer, owns Pandora, as well as her sire and dam.

Prostor, Pandora’s sire, was a nationally ranked hunter before being gelded and sold to an amateur when he was nine. A 1993 Russian Trakehner, Prostor is still a picture of elegance today. At 17 hands, the big chestnut has a refined look, and an impressive career to go along with it. Competitive in both the hunters and dressage, looking at Prostor’s long career gives a pretty good idea where his daughter might have picked up some of her tenacity. Prostor competed in the hunters and dressage with James well into his teens. In fact, at age 19 he received a Novice level dressage score of a 15. Even though Prostor was gelded, he still has frozen semen available, which is how he was bred to Pandora’s dam, Camellia E.

Camellia E, or “Marilyn,” a Swedish Warmblood mare, was purchased as a gift for Kendra as a 3-year- old and had a successful career as an A-circuit jumper.“Like any mare she can be a little particular, but she’s a super sweet girl. She’s a really talented jumper and was a great broodmare,” said Golly. Pandora is Marilyn’s only foal. 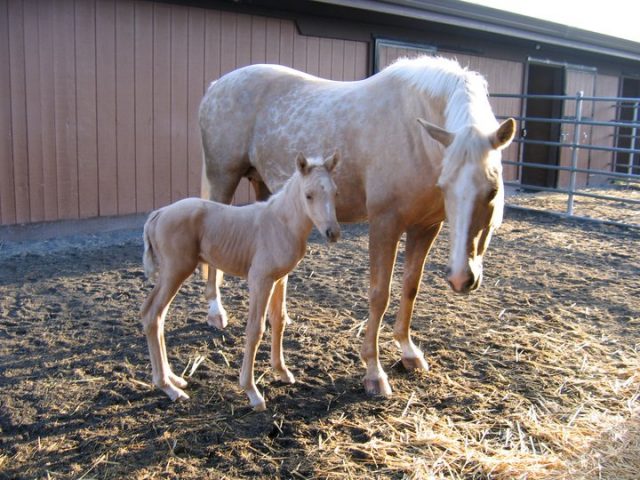 With impressive bloodlines and an elite rider with James, Pandora had some distinct advantages as she started her career, and she’s certainly lived up to her promise. “With James, Pandora is a super sweet little lady who tries so hard for James,” Golly said. “She is so willing on the flat, and super smart, learns very quickly. She is a phenomenal jumper, it’s so neat to have a smaller horse with that much heart and talent. She loves cross country, her ears are always perked and looking for the next fence.”

In watching any of her cross country videos or even just looking at Pandora in photos, it’s easy to see her enthusiasm for her job. Here they are at Fresno County Horse Park H.T. earlier this month, where Pandora clinched 1st place in her Intermediate debut:

Despite her enthusiasm, Pandora is a no nonsense type of gal. “She knows her job and wants to get to work,” Golly explained. “She’s straightforward no matter where we are; she just wants to get in the ring and show off, or go jump some cool jumps.”

With Pandora being on the smaller side and James Alliston being on the taller side, the height differential has the potential to add a challenging component, but James says Pandora’s heart and athleticism negate her small stature: “She has a really good size stride for her size, and she doesn’t feel small. She is a small package, but has the ability to compete with the more traditionally sized horses. It’s part of her appeal — everyone who sees her is instantly enamored, and comes to watch her through all of the phases.” 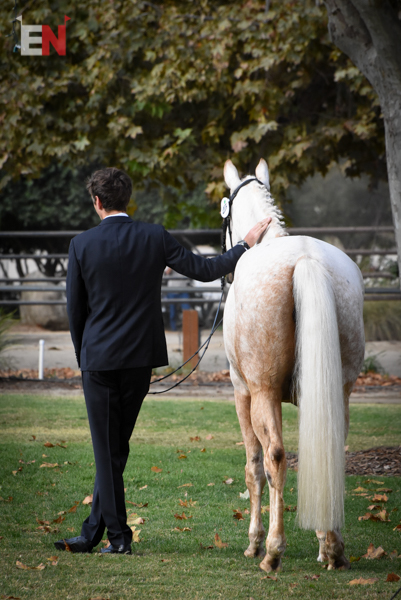 It wouldn’t be story about Pandora and James without mentioning her ongoing love affair with Happenstance, James’ 3* winning horse owned by Mary McKee. “They love each other. They’ve been stabled together at a few shows and we always catch them playing above the stall wall, or with their noses pressed to the same spot whispering sweet nothings to each other. She has very good taste in men!” Golly laughed.

So what’s next for James and Pandora? “She’s got a few more Intermediates scheduled for 2018, and then a 2* at some point,” James said.

The little mare has the heart and talent to make it far in the sport, and we can’t wait to see what this real life Barbie horse and her Ken can accomplish together.