With the U.S. team for the Nations Cup at Great Meadow CICO3* expected to be named at any time (click here to view the selection procedure), let’s take a look at the USEF Eventing Selectors for the 2017 season.

Jan Byyny is the newest selector, taking the place of Marcia Kulak, who served as a selector during the 2013-2016 seasons. Bobby Costello remains the chair, and Phyllis Dawson, Debbie Furnas and Derek di Grazia also remain selectors.

Jan has had a busy spring to kick off her new role, acting as a selector at Carolina International, Kentucky and Luhmühlen. She also has her top mount, Inmidair, making a return to the three-star level at Great Meadow.

Stay tuned for an interview with Jan as we catch up on all the latest with her, and read on to get to know the five USEF Eventing Selectors. 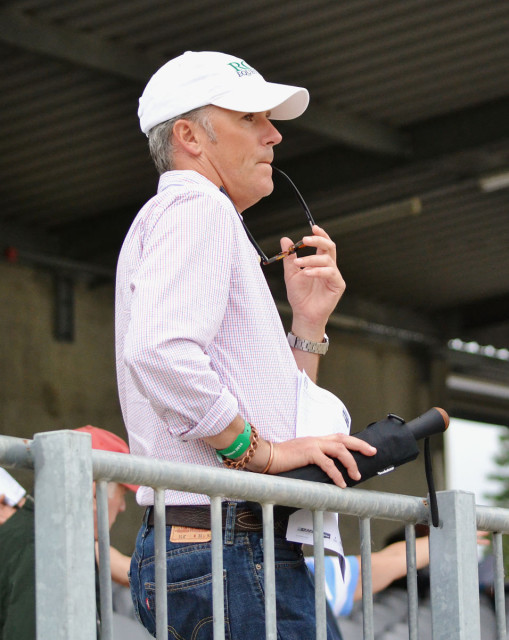 Bobby Costello at Luhmuhlen in 2014. Photo by Jenni Autry.

Bobby Costello garnered a slew of top results during his career as an international event rider, including placing eighth individually at the 2000 Sydney Olympics aboard Chevalier. He also won team gold at the 2003 Pan American Games with Dalliance. He has served on the boards of the USET, USEA and USEF; chaired the USEF Active Athletes (2001-2008) and USEF Eventing High Performance (2009-2012) committees; and is chair of the USEF Eventing Selectors. 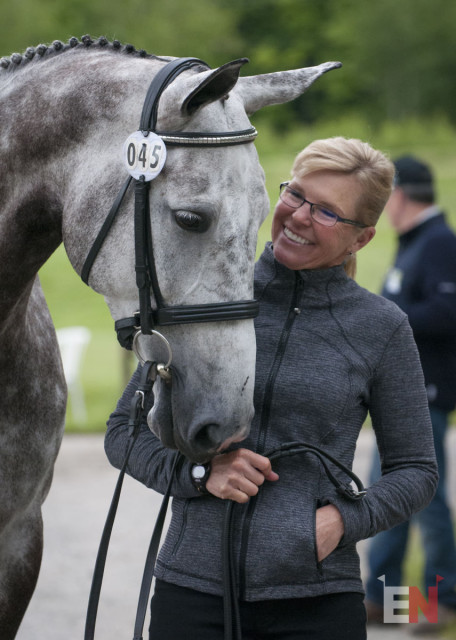 Jan Byyny and Urrem at Bromont 2016. Photo by Leslie Threlkeld.

Jan Byyny is an international event rider with numerous top results to her name, including winning individual bronze and team gold with Shared Dreams at the 2003 Pan American Games at Fair Hill. She was selected as an alternate for the 2004 Athens Olympics and also represented the U.S. with Task Force at both the 2005 World Cup Final in Malmö and the 2006 World Equestrian Games in Aachen. She has competed at Kentucky, Badminton, Burghley, Luhmühlen and Pau. 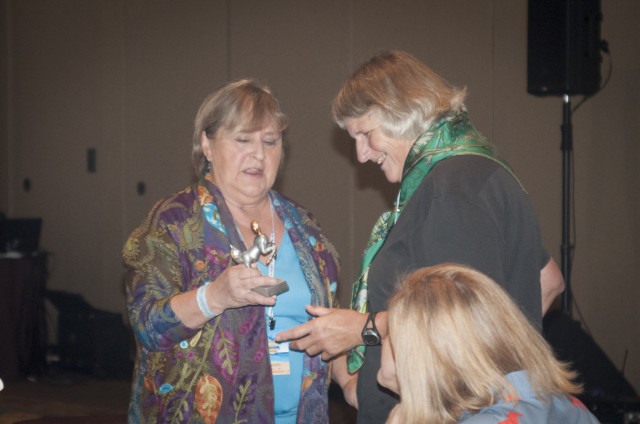 Phyllis Dawson, right, serves in many roles within the sport, most recently sitting on the USEA Board of Governors. Diane Pitts presented Phyllis with an award at the 2016 USEA Convention for her excellent sense of humor as seen during the BOG Joke and Talent Night. Photo by Leslie Threlkeld.

Phyllis Dawson competed at many of the world’s most prestigious international competitions during her career as an event rider at the highest level of the sport. She represented the U.S. at the 1988 Olympic Games in Seoul with Albany II, where they finished 10th as the highest-placed American pair, and the 1997 Open European Championships at Burghley with Snowy River. She operates a training and breeding facility out of her Windchase Farm in Purcellville, Virginia. 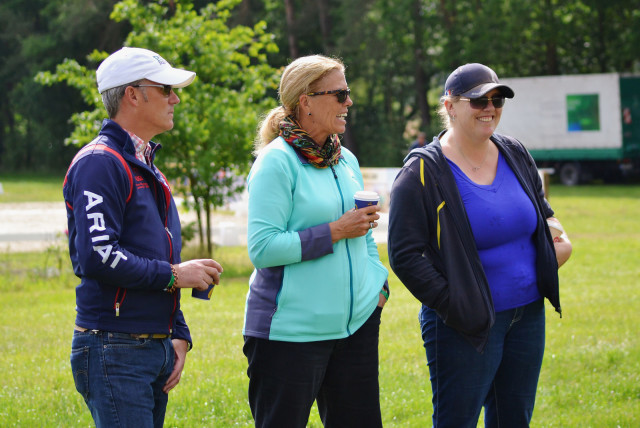 Bobby Costello, Debbie Furnas and Emma Ford at Luhmühlen in 2014, the final selection trial before the U.S. team was named for the World Equestrian Games in Normandy. Photo by Jenni Autry.

Debbie Furnas worked with Torrance Watkins and Stephen Bradley before going on to manage Bruce Davidson’s Chesterland Farm during the heyday of his success. She also served as the U.S. team stable manager at the 1994 World Equestrian Games at The Hague. She later worked with the Canadian eventing team at the 2006 WEG in Aachen, going on to become Canada’s stable manager in 2007 and working with the team at the 2010 WEG in Lexington, when they won a silver medal. 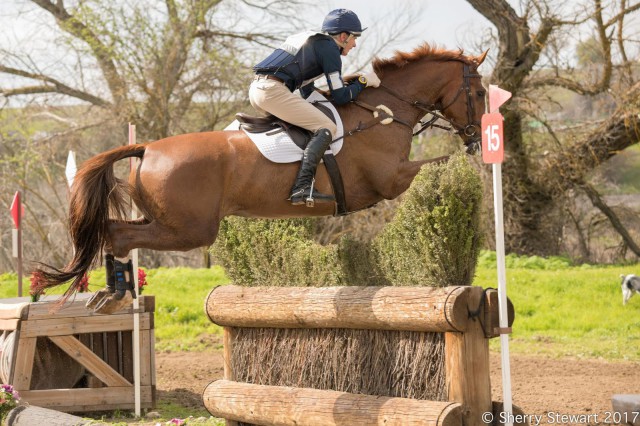