Area 1 is proud to announce the line-up for our 2015 North American Junior and Young Rider Championships team. This year we have one two-star rider and four one-star riders.

Madison Gallien, 19, from Lebanon, New Hampshire, rides her own 15-year-old Irish/Selle Francais gelding Beau Voyager, “Beau.” She has had him for two years, and they moved up to the Intermediate level last summer.

In September of last year, they had a strong run at their first CIC2* at Plantation Field, finishing on their dressage score. This spring they ran a couple Intermediate horse trials in preparation for their first CCI2* at Bromont, where they ran well and qualified for this year’s NAJYRC.

Madison attributes much of her horsemanship and riding successes to Joe Forrest and Deborah Dean-Smith. When asked how she became interested in riding , she said her mother rode and always had horses.

Her horse Beau is notorious for jumping over pasture fencing. We are assuming he stays inside temporary stalls! Before Madison starts any phase, she twirls a bit of Beaus mane in her fingers and scratches his withers. 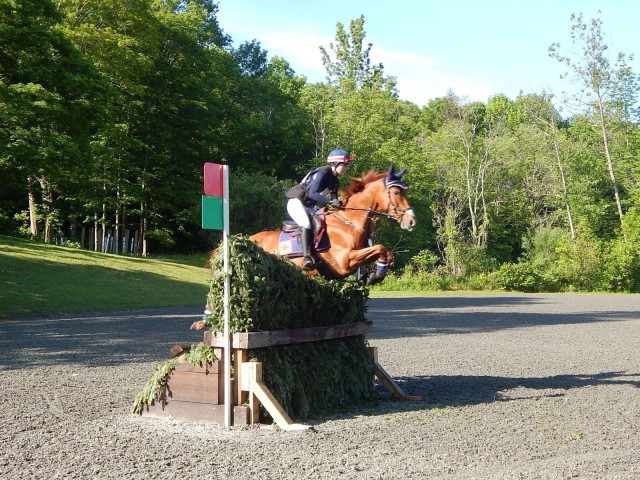 She has been riding Ruby for two years and has been riding at the Preliminary level for one year. This pair had a strong finish at their first CCI*, placing sixth last November at Virginia. This spring they placed fifth at University of New Hampshire.

Anna would like to thank her long time coach Carol Mayo and Babette Lenna for all their help with her riding. Her mother’s passion for horses and riding was passed on to Anna.

She told us that Ruby makes funny faces, specifically a lip wiggle when excited. Anna’s ritual is always walking through the finish flags of cross country and show jumping. Her favorite phase? Yup: Cross country.

Katie Lichten, 17, from Hamilton, Massachusetts, rides her own 9-year-old Hanoverian/Holsteiner gelding RF Luminati, “Toothless” (from How to Train Your Dragon).

She has had Toothless for one year but starting riding at the Preliminary level two years ago. This pair most recently had a fantastic outing at the Virginia CCI*, placing fourth. They also placed third in the CIC* at Fair Hill in April.

Katie attributes her riding accomplishments to Jan Bynny and Suzie Gornall. She is yet another rider on the team who loves cross country because she likes to go fast! Katie got hooked on horses at the very young age of 2, when she and her sister had a babysitter that rode.

Toothless will perform a variety of tricks for treats: nodding his head or lifting his upper lip. Katie’s competition ritual is to knock on rails when walking her show jumping course.

Mariah Gallien, 17, from Lebanon, New Hampshire, is Madison’s younger sister. She rides her own 19-year-old Irish Sport Horse gelding Clonmethan Crest, “Crest.” She has had him for two years and moved up to Preliminary less than a year ago.

They qualified for NAJYRC this May at he Virginia CCI*. They have had three top-five finishes this past year at King Oak Farm, Virginia and GMHA.

She would like to thank Joe Forrest and Deb Dean-Smith for so much help with her riding. She became interested in riding because her mother Stacey always had horses.

Crest has a habit of pawing. Mariah carries a four leaf clover in her armband for good luck. 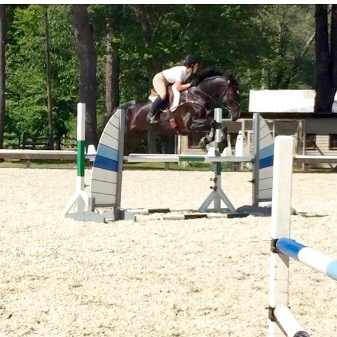 She took over the ride almost a year ago and has been competing at the Preliminary level for less than a year. This pair also qualified fro NAJYRC at the CCI* in Virginia a month ago. They had a strong spring competing in Aiken, including winning the Preliminary division at Poplar Place in March.

Caitlin would like to acknowledge her long time trainer Heidi White and Jane Rodd for their instruction. Her passion for horses began at a county fair, when she had her first pony ride. She then proceeded to drag her father into the sport of eventing as well.

Gynis also has the habit of sticking his upper lip out. Caitlin always walks through both the start and finish flags of both jumping phases at competitions.