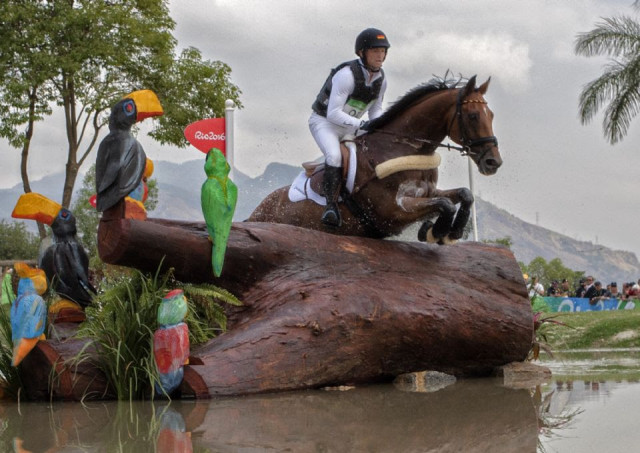 If right off the bat The Royal Agricultural Winter Fair in downtown Toronto doesn’t sound like your cup of tea, here’s a little sweetener you could add to the deal: Individual Olympic Eventing Champion Michael Jung will be headlining the $20,000 Horseware Indoor Eventing Challenge on November 4th and 5th!

The invitation-only event is limited to 8-10 riders, and will also include members of the Rio Olympic Canadian eventing team and other entries yet to be announced.

If you’re unfamiliar with the indoor challenge format, it’s quite a clever concept. There is no dressage — rather, they feature a show jumping phase and an indoor cross country phase which incorporates solid efforts and water obstacles for a thrilling showdown. The scores and times from the two phases are added together to make a total cumulative score for each pair, and the combination with the lowest faults will be named the winner.

Fallen rails in show jumping are five penalties, refusals in either phase are ten penalties, a refusal which dislodges a fence on cross country incurs a time correction of six seconds plus ten penalty points.

The heights and speeds are set to one-star levels, and horses must have completed at the one-star level to be eligible to compete.

For their efforts, the winner goes home with a cool $6,000, and if you’re anyone besides Michael Jung, you also win the incredible bragging rights to say that you beat Michael Jung. The highest placed Canadian will also take home the Colonel Michael Gutowski Award. 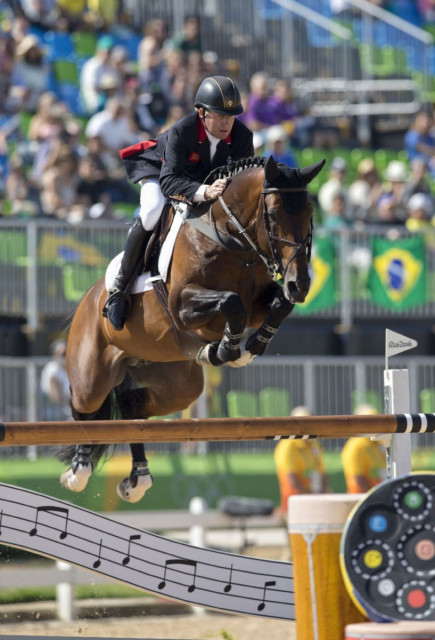 If you’re also an unabashed (or highly covert) show jumping fan, this is double the fun: Individual Rio Golden man Nick Skelton will also be attending with the one and only Big Star to compete in the $135,000 FEI World Cup class on November 9. Four-time Canadian Show Jumping Champion Yann Candele of Caledon, ON, Tiffany Foster of Vancouver, BC, and Amy Millar of Perth, ON, will all compete at this year’s Royal Horse Show, as well.

“The Royal Horse Show consistently attracts some of the world’s best competitors and if you didn’t make it to Rio this summer, you have the opportunity to see Olympic Champions in action right here at The Royal,” said Charlie Johnstone, CEO of The Royal Agricultural Winter Fair.

You can get information at the Royal Horse Show website.