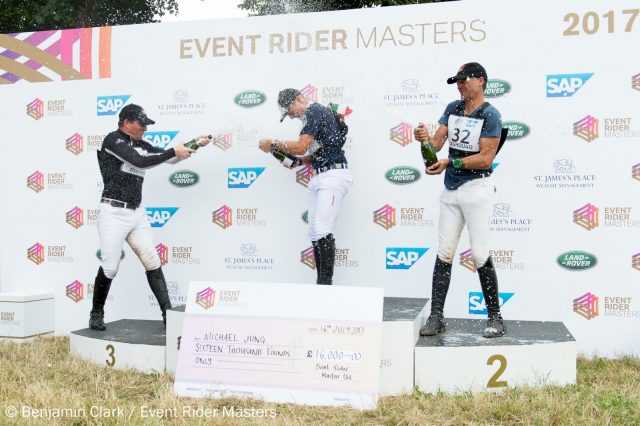 The Event Rider Masters series continues apace after successful legs at new venues including Haras de Jardy in France and Germany’s Wiesbaden. The leaderboard currently sees riders from six nations jostling within the top ten for the lead spot, making it a truly international field.

They’re all aiming for the coveted Event Rider Masters title and a $39,000 series first prize for the leading rider, which Oliver Townend took in the inaugural year. Gatcombe and Blair Castle are up next on the calendar, ahead of the final leg at Blenheim Palace in September. 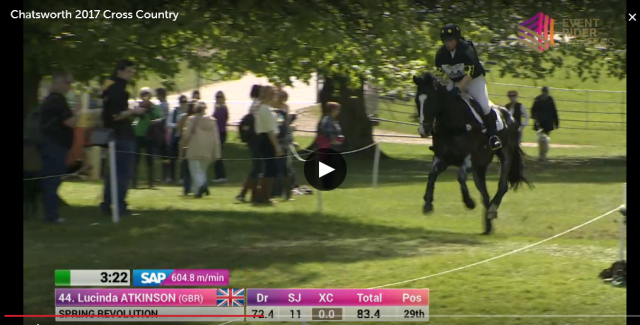 ‘Technology behind the ERM series is outstanding’

Regular EN readers will know that SAP Equestrian Analytics is a partner to the series. Paul Tapner, ERM Digital and Technical Manager, explained SAP provides live scoring of each phase, and all three phases of competition are live-streamed around the globe with expert commentary.

“With SAP Equestrian Analytics on board powering this aspect of the Event Rider Masters, it won’t be long before we are leading examples in sports broadcast; eventing has played ‘catch up’ to other broadcast sports, in terms of using technology to boost the spectator experience, for too long. We are delighted to be bringing the fans closer to the excitement and action of eventing than ever before.”

SAP’s Henrike Paetz, Global Head of Equestrian Sponsorships, agrees that the new broadcast options seen at the ERM are extremely exciting for equestrian sport. “One vehicle new to the ERM Series, to get more TV audiences interested, is the production of a shortened 45 to 60 minute highlights program of each of the seven legs.

“It condenses the three phases of the competition into an exciting and entertaining summary slot, and the program has already been taken up by several broadcasters around the globe, notably in the UK, China, Australia, Ireland, France, the Middle East, North Africa, Scandinavia, as well as on CNBC in America.”

Footage from the live broadcasts is also integrated across social media and online live-stream platforms.

The SAP spectator judging app also provides fans with the ability to “take the judge’s seat” throughout the series, generating spectator scores as viewers enter their own marks for dressage.

A further exciting element is the combined forces of SAP’s Equestrian Analytics package, which produces live data and comparable split times of competitors, merging it with GPS tracking and helmet camera videos from the cross-country rounds, so that the viewers can experience the rides “from the saddle” with all relevant data. 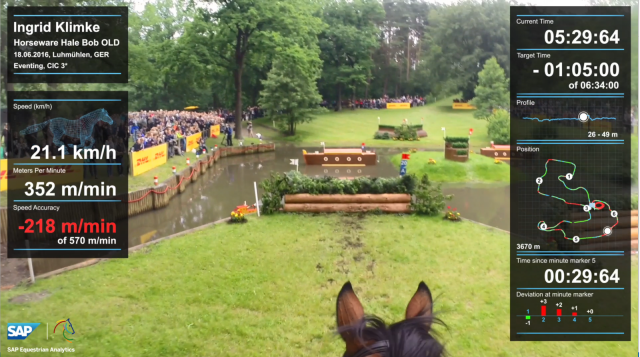 Henrike adds that the ERM series is meeting the tastes of the younger generation and ‘seeded’ fans of eventing alike. “With a concerted social media approach, electrifying video snippets and entertaining moderators, the Event Rider Masters is a perfect platform and ‘test bed’ for new technologies, graphics and analytics, and we will continue to brainstorm how we can further develop our analytical capabilities for ‘live stats’ and storytelling within horse sports.”

At France’s recent Jardy leg of the series, Germany’s Michael Jung placed first with Star Connection. Michael, pocketing a €19,000 first prize cheque, commented that while Star Connection is not the most experienced horse at this level, he “answered all the questions” and was brilliant.

“The ERM is a super series for our sport, as it’s expensive to compete at eventing,” Jung says. “In addition to the very good prize money, the series also creates very good competition conditions, and makes us as riders compete even harder. I am very grateful for the opportunity and hope to target other legs in the future.” 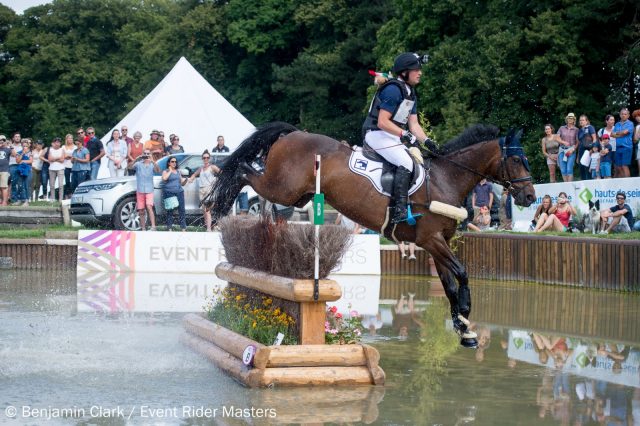 It is hoped that legs of the ERM series will launch in America, Asia and the Middle East over the next couple of years. Paul Tapner is currently in discussion with key American event organisers who could potentially host Event Rider Masters legs here next year. Watch this space!

Check out the latest ERM news at eventridermasters.tv. Leg 5 at Gatcombe will take place Aug. 5-6.