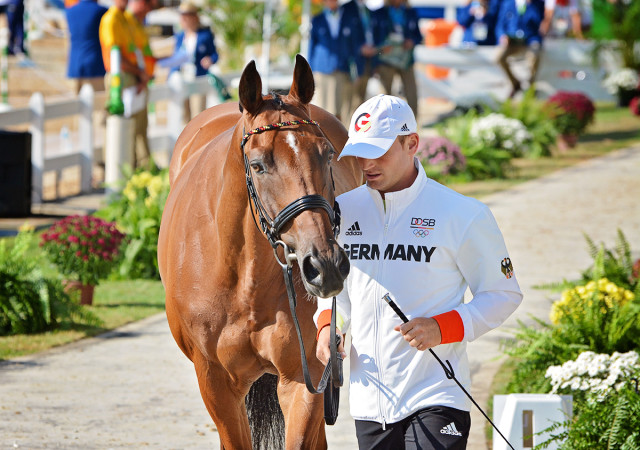 Michael has competed at the 5* level of show jumping since 2011 and is now a familiar face on the circuit. He turned heads when he finished 11th with fischerSolution in the prestigious Rolex Grand Prix last month at CHI Geneva, one of the four competitions that comprises the Rolex Grand Slam of Show Jumping.

Michael will be competing his full show jumping string at the CSI5* in Bordeaux at the beginning of February to start his international competition season.

Of course, he hasn’t forgotten about eventing! Michael confirmed to reitturniere.de that he still plans to compete 18-year-old La Biosthetique Sam FBW at Badminton in May.

If you haven’t seen Michael in action over the massive 1.60-meter fences at the CSI5* level, don’t miss this video of his round in the Rolex Grand Prix at CHI Geneva with fischerSolution.