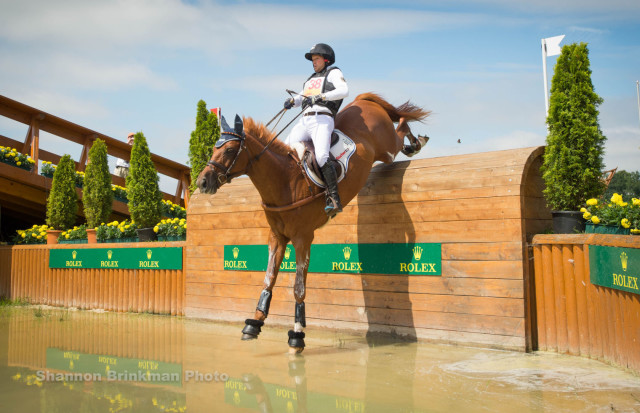 Michael Jung has withdrawn reigning European champion fischerTakinou from Rolex after the horse’s final vet check before boarding the plane to Kentucky revealed a minor injury.

He posted an announcement on his Facebook page this morning, saying he felt withdrawing was the best course of action so the injury could heal quickly and “does not get any worse.”

Michael competed “Taki,” a 10-year-old Anglo-Arabian gelding owned by Klaus and Sabine Fischer and the Jung family, at Kreuth this past weekend in what was meant to be the horse’s final prep run. They withdrew after dressage.

Michael will still compete two-time defending winner fischerRocana FST at Rolex in his quest to repeat the victory for a third consecutive year.

fischerTakinou’s withdrawal takes the Rolex field down to 67 total combinations. If you missed the draw order, which went live yesterday, click here.