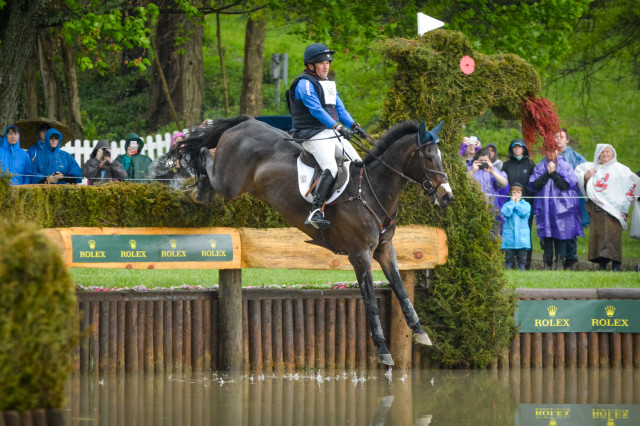 Phillip Dutton announced today that his Rio Olympic bronze medal partner Mighty Nice has sustained a soft tissue injury in training, which will sideline him for the spring season and ultimately the 2018 World Equestrian Games at Tryon.

“With the final U.S. selection trial for the World Equestrian Games being held in June, Happy will not be able to qualify before the cut off date,” Phillip said. “His welfare is always our top priority. We will give Happy all the time he needs to return to form and plan to have him back out competing in the fall.”

Mighty Nice, a 14-year-old Irish Sport Horse owned by the HND Group and affectionately known as “Happy” in the barn, last competed at Plantation Field International Horse Trials in September, where he finished ninth in the CIC3*.

Happy was meant to qualify for the World Equestrian Games at the Fair Hill International CCI3* last fall, where he finished as USEF CCI3* Reserve National Champion in 2015. However, Phillip’s fall in a cross country school several weeks prior, in which he broke his collarbone and sustained a collapsed lung and fractured ribs, prevented him from competing in a fall CCI.

“While we are all sad to have Happy on the sidelines during a major championships, this is also an exciting opportunity for my younger horses to step up,” Phillip said. “I am extremely fortunate to have a strong string of horses competing at the highest level of the sport in 2018.”

Fernhill Cubalawn, owned by Tom Tierney, Simon Roosevelt and Caroline Moran, last competed internationally at the Great Meadow CICO3* in 2016 and is set to return to competing this season. He is entered in the Open Intermediate at Pine Top Advanced Horse Trials later this month.