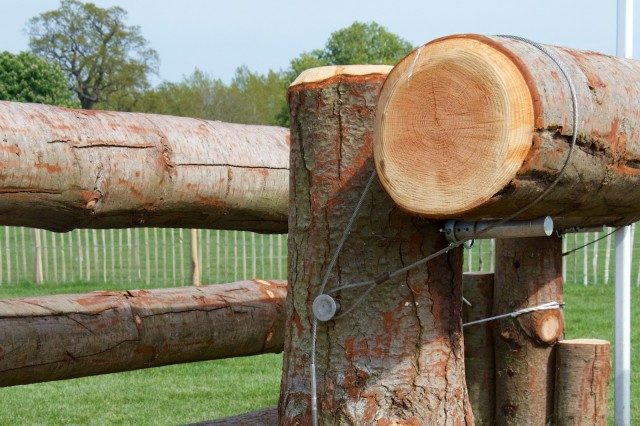 “When an accident happens you don’t have to completely overhaul everything, but you have to calmly look back at it and say ‘what are the problems and where do we have it right?’” explains Jonathan Holling, chair of the USEA Cross-Country Safety Subcommittee. “The reality is that the officials have been doing a pretty good job, and I think that a lot of what we have been doing has been making things safer. We just need to find where we can do even better.”

The USEA Cross-Country Safety Subcommittee was formed in May 2017 after a restructuring of the USEA Safety Task Force. The current members are Jonathan Holling, Sara Broussard, Mary Coldren, Tremaine Cooper, Max Corcoran, J.M. Durr, Lesley Grant-Law, Andy Griffiths, Jay Hambly, Malcolm Hook, David O’Connor, Doug Payne, Morgan Rowsell, Katlin Spak, and David Vos. The Subcommittee reviews all accidents that happen on cross-country at USEA recognized events and identifies current and potential concerns as well as actions that can be taken to improve the safety of the sport for both horses and riders.

The Subcommittee has been meeting regularly and has decided to put forward several proposals. “Not any one of these things is going to fix the problem. In reality it is a high-risk sport and we are looking at minimizing the risk,” Holling said. “I think these four things can help minimize that risk – having different layers of safety or regulation helps improve the safety of the sport. It is not a realistic goal to say there will be zero accidents, a realistic goal is to minimize the risk of the sport. I think it is okay to compete in a high-risk sport and not to be okay with accidents or fatalities as long as you are doing everything you can to minimize risk.”

Following the Subcommittee’s analysis of recent accidents in the U.S., Holling said that he believes the biggest piece that needed to be addressed is rider qualification. He wants riders to have more of a base of knowledge and ability than what the current MER standards demand.

“We looked at records of very successful upper level riders – Olympic caliber riders – and what we found that in most cases (virtually all of them) did two to three times more than what our minimum requirements are to be able to move a horse up,” said Holling. “When we looked at that we said, ‘maybe we don’t have right what we are requiring for the base of the sport.’ We felt pretty strongly, and the data confirmed, that one way we can increase the skill of riders and the horsemanship and relationship between the horses and the riders is to raise the minimum eligibility requirements. In a nutshell, people will have to do more at a level before they can move up.”

While each national level has a different set of requirements, a good example is the Intermediate level – currently horses are only required to achieve MERs at four Preliminary level horse trials (and one can be with 20 cross-country jumping penalties). “I had a horse this year entered to move up to Intermediate, and at first I thought maybe I hadn’t done enough Preliminary horse trials with him, but when I looked I had done nine and all of them were clear and good,” shared Holling. “It just shows you – as an Advanced level rider – I am debating moving this young horse up and I have already done over double what was the minimum requirement. Just because you have done the minimum doesn’t mean it is right, but it gives you a baseline idea of what should be done.”

The Subcommittee is still working out the final wording of the proposal, which would then need to go forward to the appropriate committees of the USEA including the USEA Board of Governors before moving to the USEF, but the proposal would also include rider categorization or licensing similar to the FEI.

“Depending on what level you have successfully competed to in the past you can move up the levels a little bit easier, but even an ‘A’ licensed rider in our proposal would still have to do what we do today. But we suspect that even the ‘A’ licensed riders will end up doing more than the minimum because overwhelmingly they already are. When you look back at the records of those top horses who are winning five-stars now – most of them spent a lot of time at the lower levels.”

The Subcommittee has recently proposed a rule change to have show jumping rounds at the Training level and above which incur five rails or more result in compulsory retirement when show jumping precedes cross-country. A similar rule is already in place in the UK, Sweden, Denmark, and Germany. The Subcommittee worked with EquiRatings and the statistical analysis showed that there is a significant correlation for those who had four rails down in show jumping with horse falls on cross-country. “We felt like it was strong enough evidence and putting our horsemen hat on and it felt like it made sense to propose the rule,” said Holling.

After the 2008 safety crisis, wording was added to the USEF Rules For Eventing under EV112 Dangerous Riding which allows for the President of the Ground Jury to designate one or several deputies to be spotters on cross-country for dangerous riding. These deputies can include eventing officials who aren’t at the event in an official capacity, USEA ICP Certified Instructors at Level III or IV, and riders who have represented the U.S. at the Olympics, World, or Pan American Games. The deputies are provided with radios and red flags and can stop riders after communication with the Ground Jury.

Holling said that this rule worked really well for a while, but hasn’t been utilized terribly well recently. The Subcommittee voted to send a memo to all officials reminding them to use this tool especially if there is a certain area they can’t see on cross-country or if they are spread thin with show jumping and dressage going on at the same time.

If an official sees dangerous riding they have the power to penalize riders 25 points, eliminate them, or issue a warning card. The rider can also be added to the USEF Watch List.

The Frangible Technology Fundraiser was launched on March 2 in order to provide funding directly to organizers to build nearly 500 frangible tables at all USEA recognized events across the country. With the support of the USEA Foundation, a dedicated group of organizers, and a matching grant the fund has already raised over $200,000 of the $500,000 goal.

Can you help our sport reach the next benchmark on our fundraising for frangible fences? Jon Holling issues a challenge — and it involves a tattoo.

“The Frangible Technology Fund is just one piece,” continued Holling. “Having that table be frangible isn’t going to solve the problem by itself, but it will help minimize the risk.”

Last week the first communication on how to apply for grants was released to organizers. Qualified organizers will be receiving a $1,000 plus a Mim table kit.

The USEA Cross-Country Safety Subcommittee is dedicated to mitigating risk in the sport of eventing. If you have questions about the actions being taken please contact [email protected].