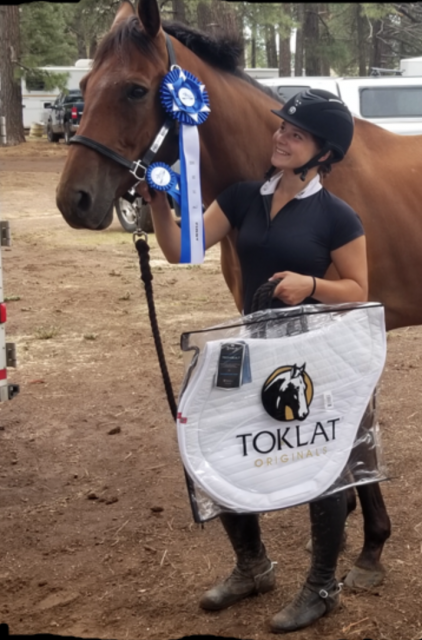 Last summer, after eight years of competing on backyard ponies and green horses, my husband and I bought our daughter her first eventing horse. She was so excited, because her partner at the time had been off for over a year with a suspensory injury, and she had had nothing to ride much less compete.

She and her father picked up her new horse, Mischief Managed (Rico) in Southern California in early July 2017. After returning to Phoenix, he had a shoe put back on, and then they headed up to Flagstaff to join their team and cheer them on at the Coconino Horse Trials.

She couldn’t wait to start competing on her new horse. She took lessons and worked on getting him in shape and was ready to go to their first clinic in September, 2017. The Sunday before the clinic, Rico rolled twice in a matter of minutes, and Peyton knew that something was very wrong. She called the vet to come to see him, and they treated him for colic at home.

Within an hour of the vet leaving, it became apparent that he was getting worse. The vet was called again, and Rico was taken to Chaparral Medical Center for more tests. Once at Chaparral, it became obvious that Rico needed surgery. He went into surgery with a 70/30 chance of survival. We were called into the operating room when they found that the problem was in his small intestines, and Peyton was given the choice of whether or not to continue with the surgery. At this time his chances were 60/40 of survival. She chose to continue the surgery.

About 15 minutes later we were called back into the operating room and given the bad news, that Rico had a mesenteric rent entrapment, with over six feet of dead intestines. He would need the intestines cut out and re-sectioned. His chances were now 50/50 to even survive the surgery.

Peyton talked with her Young Rider Coordinator, Dani Surrett, who had come to the hospital in support of her young rider, and together they decided to continue the surgery in the hopes of saving her horse, no matter what the outcome. Rico did survive the surgery, and had several setbacks and issues in the following eight months. Finally, he was well enough to start being ridden and worked again. 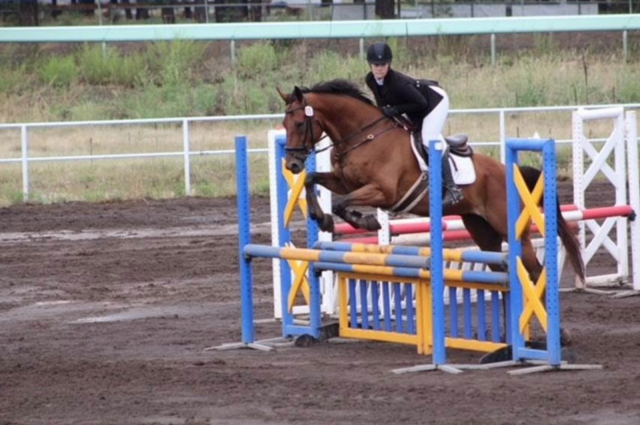 Last weekend, one year exactly from the date she purchased Rico, Peyton and Mischief Managed (Rico) competed in the Novice Junior group at the Coconino Summer Horse Trials II. After receiving a 31.2 in dressage, they sat in fourth place. After a double clear cross country round, they were still in fourth. On Sunday, they went into the stadium ring and delivered another double clear round, which allowed them to move up to first place. They won their division!

It’s been a long road, but they are enjoying their time together. Rico is a miracle, and Peyton is glad she finally has the chance to be his partner.