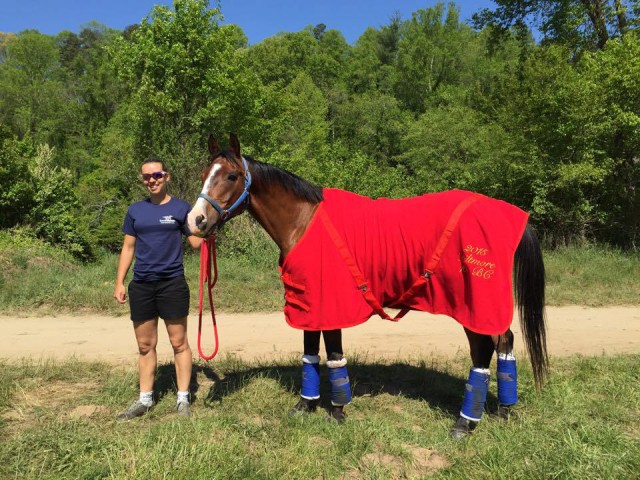 It’s time to look ahead to the new year and all that comes with it: goals, resolutions, hope, happiness and of course, horses. Interested in trying something new or pushing yourself further than you thought possible in 2016? You might be inspired by international eventer Hilda Donahue, who tried her hand at endurance this year and has a great adventure planned for January. Thanks to her success in 2015 FEI endurance rides, she received an invitation to compete in the prestigious H.H. Sheikh Mohammed Bin Rashid Al Maktoum Endurance Cup CEI***, a 160 km ride taking place in Dubai on January 9th. She will be riding Regal King, owned by top U.S. endurance riders Jeremy and Heather Reynolds, who will also be competing in Dubai. Hilda will return to the States just in time to go to Florida’s newest horse trials at Three Lakes.

Longtime equestrian columnist Nancy Jaffer is moving on after more than 40 years writing about horses and horse sports for The Star-Ledger in New Jersey. Since 1972, she has written a weekly column about the horse industry, and in EN’s humble five years existence we have often sourced Nancy’s professional and informative work. She will continue to write and to ride, and you can follow her journalism on her website, www.nancyjaffer.com. [Farewell But Not Goodbye]

I’m of the camp to only blanket my horses if I have to. Obviously a clipped horse will be appropriately dressed, but unless it’s going to be cold and wet, they go naked. I appreciated this short and sweet but useful explanation of critical temperatures, which is the temperature a clipped or unclipped horse will feel cold in varying weather conditions. [Baby It’s Cold Outside]

There are just a few days left to bid on an Eric Bull built cross country jump to support the USEA Collapsible Fence Study. As of this posting, the high bid is $655, which is still well below the market value for the fence. Remember all proceeds go to raising sufficient funds to meet the $25,000 challenge set by Jacqueline Mars. This is a well made, attractive and affordable schooling fence that also supports a good cause. [Click here to learn more and bid]

When Irish rider Bertram Allen was disqualified from the London Olympia Grand Prix when a small amount of blood was found on the flank of his horse, Quiet Easy, it caused quite a stir as he would have otherwise won the competition. Lively discussions on social media argued a broad list topics related to horsemanship, blood rules, officials and fairness. In response, the FEI Secretary General has released a statement regarding the situation. [FEI Secretary General Voices Support for Officials]

It can be tough to get back into the swing of things on the Monday morning after the holidays. Refill your coffee, snag a snack and take a break with this fun eventing quiz. [Quiz of the Year]