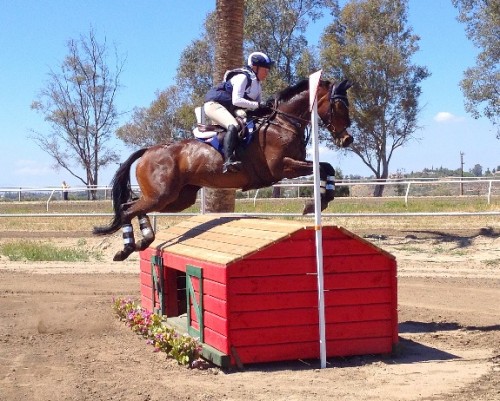 Good morning, EN nation! I’m still on a post-event hangover; yesterday my horse Plaid and I had our first outing of the year at Morven Park. It appears that during the winter my horse has a) gotten more fit than any 20-year-old horse should be and b) developed a penchant for sick mind games. He had a personal-best dressage score and a wonderful stadium round, then decided that galloping on XC was too much darn fun and happened to gallop past a couple of fences that we were supposed to, er, jump. That’s okay, though; he jumped beautifully and after some bit shopping, I’m sure we will be ready for Plantation in a couple of weeks. Major props to former EN writer, and one of my good friends, Abby Gibbon, for winning the Open Training division on her mare Prima LGF. Those two are amazing, and after not competing for almost a year due to soundness issues, and dropping down from Prelim for their first outing, they picked up the blue against a stacked field.

Turns out, Marilyn Little is going to Rolex, as evident by the new and updated Rolex entry lists. 59 horse and rider combinations will take part in this year’s event. Marilyn herself has entered on RF Smoke on the Water and RF Demeter. [Rolex Entry Update]

Animal Kingdom won the $1 million Dubai World Cup Saturday, becoming only the second horse ever to win both the Kentucky Derby and the Dubai World Cup. The only other horse to do so, Silver Charm, won the World Cup in 1998, a year after winning the KY Derby in 1997. [The Seattle Times]

If you live anywhere near Delaware, go out in the next week to enjoy ‘Horse Appreciation Days.’ Seriously? You can appreciate horses outside the barn! You can wear real clothes and smell okay and then go home and take a nap. Activities include Thoroughbred ex-racehorse clinics, a cowboy race, and trick riding performances. [Horse Talk]

‘Orb’ won the Florida Derby over the weekend, making him only the second horse trainer Claude McGaughey has entered in the Kentucky Derby since 1989. His first, Easy Goer, finished second to Sunday Silence. [Miami Herald] 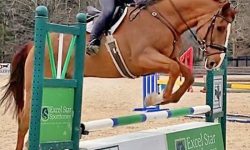