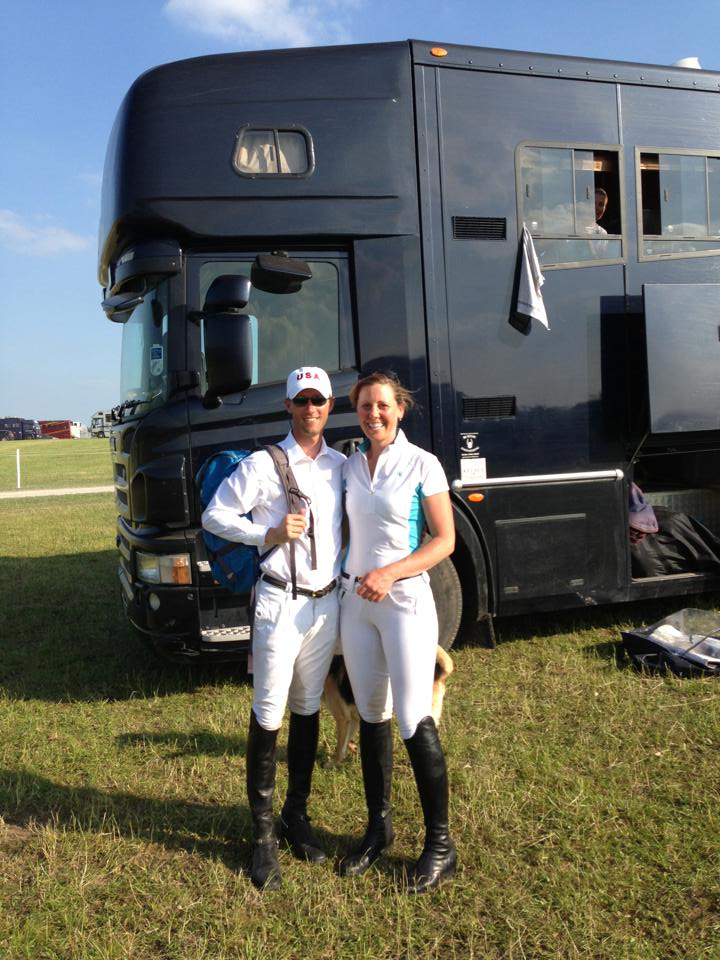 Good morning, EN! July is truly upon us, it seems, with temperatures skyrocketing across the nation. In the northeast, we’ve seen a lot of rain and wetness around, resulting in the unfortunate cancellation of two events in NY (Stuart HT and Gennessee Valley). Unfortunately the rain has not diminished the humidity, it feels truly like a swamp land from sunup to sundown. I was greeted today by a horse that resembled mine only in outline, in reality he was covered in hives, and was an itchy, itchy mess. Be sure to take care of your horses and yourself in this kind of weather!

The Maryland H.T. at Loch Moy Farm I

It was a busy weekend at Barbury International Horse Trials in England, where there were 2 CIC 3* sections and 3 CIC 2* sections. Andrew Nicholson and Avebury won Section A of the 3*, after adding time penalties to their winning dressage score. Piggy French and Tinkas Time won Section B, and EN blogger Charlotte Agnew unfortunately retired Out of Africa Two before cross-country. [Barbury Results]

Clark Montgomery had an absolutely stellar weekend on Loughan Glen at Barbury. After leading Section B after dressage with a fantastic 34.2, he had a rail in stadium and .8 time on cross-country to finish in second. I’m absolutely thrilled to see this horse going so well, I’m sure he’s a star for the future. Canadian Rebecca Howard and Riddle Master jumped up the leader board to finish in third after adding just time to her 10th place dressage score. [Barbury Wrap Up]

Andrew Nicholson remains on top of the HSBC International Rider Rankings, but the big news is that four Americans have moved into the top 11. Buck Davidson is top of the pack, he moved up from sixth to fifth as a result of his great results in the U.S., one behind Michael Jung. Marilyn Little, Phillip Dutton, and Will Faudree are the other riders making up the US contingent. Well done, riders! [HSBC Rankings]

Tipperary Liadnhan has a new owner, and new career as a lower level event horse after being sold by Nina Ligon after she completed her dream of competing in the Olympics. I have to say, I know Paddy’s show jumping was less than stellar, but he was one of my all time favorite horses to watch. I was his personal paperazzi at Rolex a few years ago, and, had funds been available, would have cleared out my accounts to buy him. Paddy is now competing at novice level with Louis Rogers, who rides with Laine Ashker. Hopefully I won’t have to compete against him any time soon! [Chronicle of the Horse]

Michael Owen, not the eventer Michael Owen mind you, the former Liverpool and Real Madrid soccer star, is learning how to ride with the goal of riding in a charity race. Michael Owen has owned racehorses, and has a daughter who rides dressage. Maybe one of his jockeys finally said, ‘You think it’s so easy? You try it!’ [Horse and Hound]

Video of the Day: Any time I try to do too much in the tack, I’m going to picture WFP sitting a disaster for anyone else.