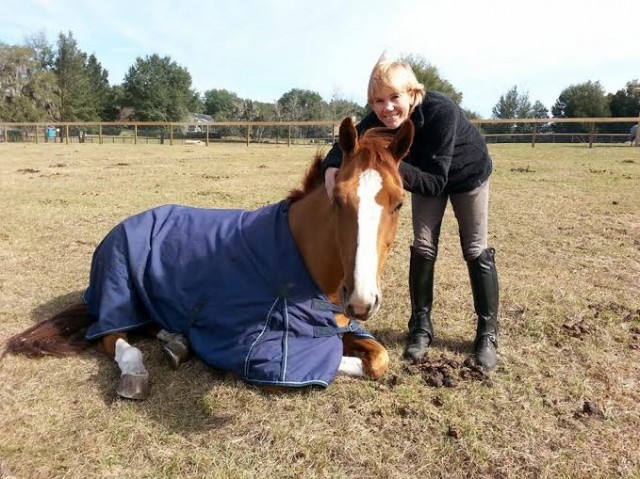 “We lost control and went across lanes of traffic until we crashed against the guard rails, and the truck and trailer were pretty much totaled,” Lauren said. “Cindy One and Folsom Blues, who were in the front two stalls of the trailer, made it out with seemingly minor injuries (joint swelling and lacerations). The back center beam of the trailer, where the rear doors latch, broke off at some point, and D-Vine was thrown out of the trailer.”

Douglas Davenport, DVM, happened to drive by the accident minutes later and stopped on the side of the road to administer fluids, steroids and pain medications to Vinnie, who suffered broken ribs and internal bleeding, while Dr. Brian Dillard of Blues Skies Equine drove to the scene to assist. “After several hours of treating Vinnie at the scene, we managed to get him into a trailer and took him to the Equine Medical Center of Ocala,” Lauren said. “They deemed his injuries were too severe and euthanized him.”

Lauren and Jody plan to hold a wake for Vinnie at the farm in the near future. “Myself, Kristen Bateman and my working student Lauren Calvert were in the vehicle, and we are still trying to take it all in and amazed the three of us in the truck are alright other than bruises, sore backs and bruised ribs,” Lauren said. “We have been grateful for all the kind words and support from the eventing community; they truly are wonderful.”

Jody expressed the same sentiment: “I just want to reiterate our thanks for the compassion and support from friends, and the whole horse community, including Marilyn Maler DVM and Bill Woods, who went out of their way to meet us at the vet hospital that awful day, and Peter Gray/Equiventures, Nancy Russell and POP.”

The body of the trailer, a 2000 Exiss aluminum with steel frame three-horse slant, held up well, Lauren said, but the inside was totaled and the axles bent underneath. “Jody and I feel the back beam in the trailer is not designed properly,” Lauren said. “Had it held, Vinnie would be on stall rest recovering with the other two. The steel roll bars throughout the rest of the trailer held the others in well and prevented the guard rail from slicing into the body of the trailer, but there was nothing to hold Vinnie in.

“The rear beam is held in merely by a spring-loaded latch and a notch in the floor board. This beam is also made to support the rear tack and butt bar. We will be visiting with Exiss to see safer options and if they have had this happen before. Many trailers are designed this way, and I hope this can serve as a warning for other to take precautions and hopefully prevent tragedies like the one we had.”

Jody said she also hopes the accident can help other horse owners avoid tragedies like this in the future: “We hope that something good can come of this — maybe get awareness out about that door design so people can get their trailers retrofitted so that no horse ever has to go through such an ordeal again.” The EN team continues to extend our condolences to Jody, Lauren and all who knew Vinnie. 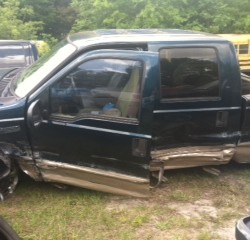 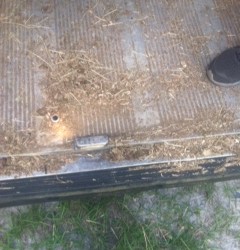 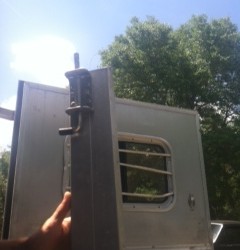 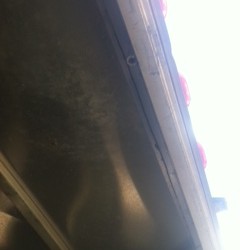 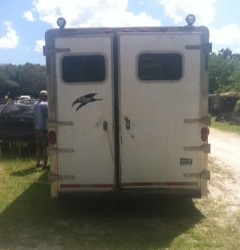 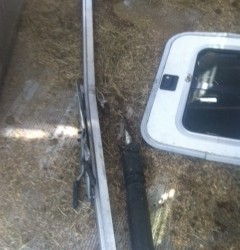