There is so much more that goes into putting on an event than meets the eye. In this series, “More Than Meets the Eye”, we’ll be taking a deeper dive into all the people who make events what they are: videographers, photographers, course builders, volunteers, you name it! In part four of this series, we take a look into RNS Video Media and its founder, Lou Ann Franicich. To nominate someone to be featured in this series, please email [email protected]. To read more articles in this series, click here. 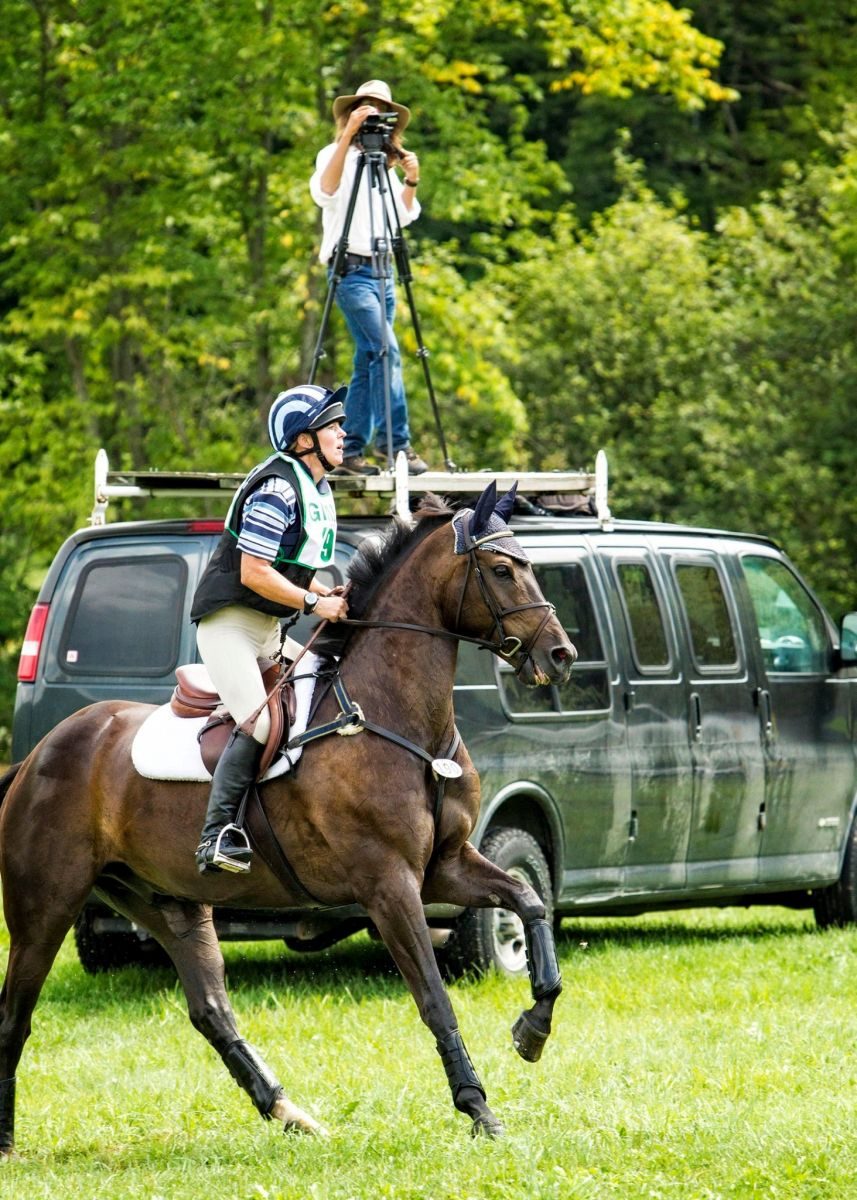 EN: How did you get started with RNS?

RNS: Originally it was called Captain Edgar’s VideoWorks. It was 1989 and video was brand new. First off, I never intended to do any of this. I was a musician and you couldn’t make any money doing that. My mother, after deciding that she wanted to go to Vienna decided to buy a very expensive video camera. She had the 8mm cameras for a long time but this was a step up. So we took that camera to Austria. When I came back it kind of sat on the shelf and it was an expensive thing to just sit on the shelf.

I always wanted a horse, but could never afford one. I was in my twenties and I fell into a situation where I could get this horse for basically nothing because they didn’t want him anymore. I didn’t know anything about riding, so I came upon a trainer and I started working with him. I still sucked. The guy that I was seeing at the time suggested taping me on my mom’s video camera. I saw all the stuff I was doing wrong and I started to get better fast. The women at the barn were like how are you doing that? I said well, it’s this thing called video. At the time there was no such thing. So they said well can you tape me? And I was like well I got to pay for this horse. So I said for 20 bucks I can tape you! We just kept expanding from there.

EN: How did RNS get into the eventing community?

RNS: Well, we started with dressage because that was something you could do without worrying about jumps and going out into a field. Myself and my partner at the time, Roger, who is deceased now, started going to dressage shows and maybe a couple of jumper shows. Roger suggested covering an eventing show and we went up not knowing what we were facing. We knew there were three phases and they did something out in the field but we happened to pick a show that literally everything was in the woods. You could only see one, maybe two jumps from any given place. Roger would say to everybody in warm up “Do you want a video or what?” And that became a catchphrase at the beginning and we had t-shirts with that on there. The first event we went to we got about six or seven orders and there were two cameras, meaning there were two fences on cross country. People were enjoying it because there was no such thing. Nobody had video, so they thought it was cool. It was something. But again it was meant to be something to make us money while we were trying to do something with the music industry.

EN: What do you do in the music industry?

RNS: I have done a lot with different start-ups and different studios. I never planned on being a video person, but I ended being that way. I work for a lot of people that you don’t know and I’ve worked with a handful you might know. I’ve worked for the Buckinghams and The Loving’s Spoonful. I actually worked for Beyoncé once, when she was forming her all girl band, assisting with the Chicago auditions. I never got back to my own music and now that I’m getting older I might decide to go back to that. 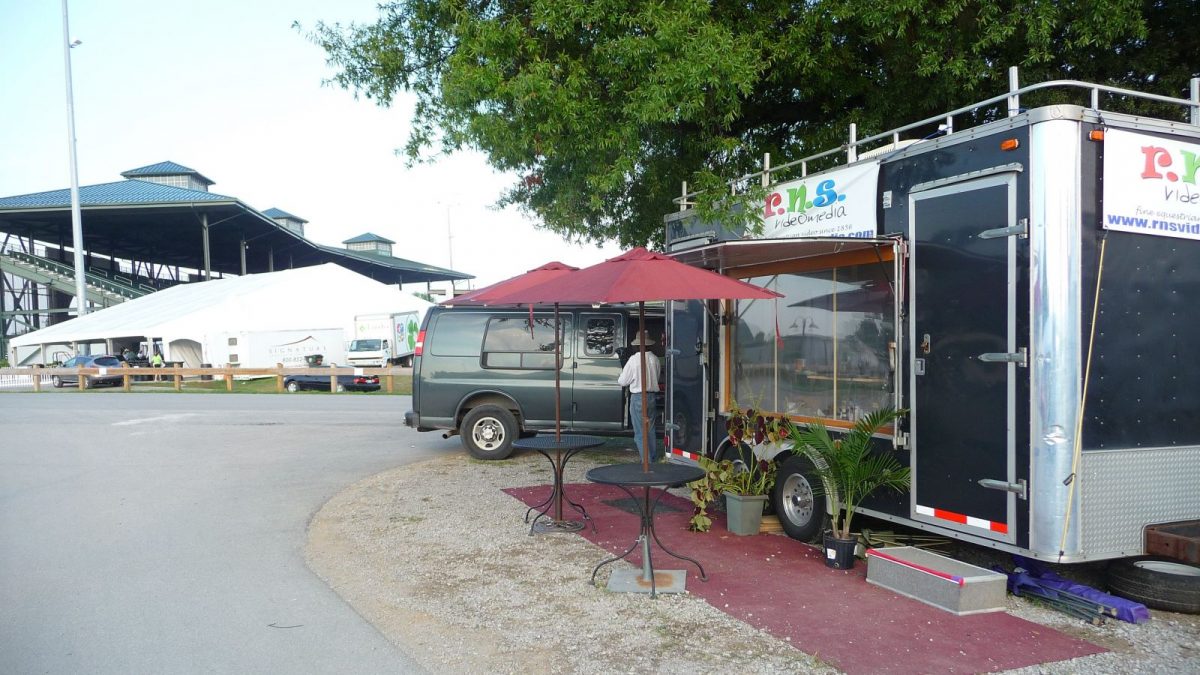 Where the magic happens! Photo courtesy of RNS Video Media.

EN: What has been the hardest part about starting RNS?

RNS: This makes a living. You’re going to pay your bills. You have a job. It’s a slow climb, like anything else. We were in a position once at Virginia Horse Trials and we had tents at the time because we couldn’t sustain hotel rooms. It was a terrible storm and we were hiding in the shower rooms. Somebody threw a tarp under a picnic table and sat under that. Then we went and shot cross country the next morning. It’s expensive when you’re doing it with a crew. We would have to have six or seven people with us to cover a course and it was ridiculously expensive, it’s still expensive.

RNS: Having them buy them and enjoy them. I’ve seen tons of people throughout the years, so I’ve seen that the styles have changed. Lots of stuff has changed over the 30 plus years that we’ve been out there. It used to be a lot more strategic with more verticals. Now there’s a lot more galloping and big obstacles as opposed to short and tight ones. So it’s also been cool to see the styles change.

EN thanks RNS Video Media for capturing these moments throughout the past years. Check them out here.