Taylor McFall, 12, had the trip of a lifetime when she traveled to England to both tour the country and watch her mom, Jen, compete with High Times at the Blenheim Palace International Horse Trials. Taylor documents her adventures in England, including meeting her idol Pippa Funnell, in this blog powered by Athletux. 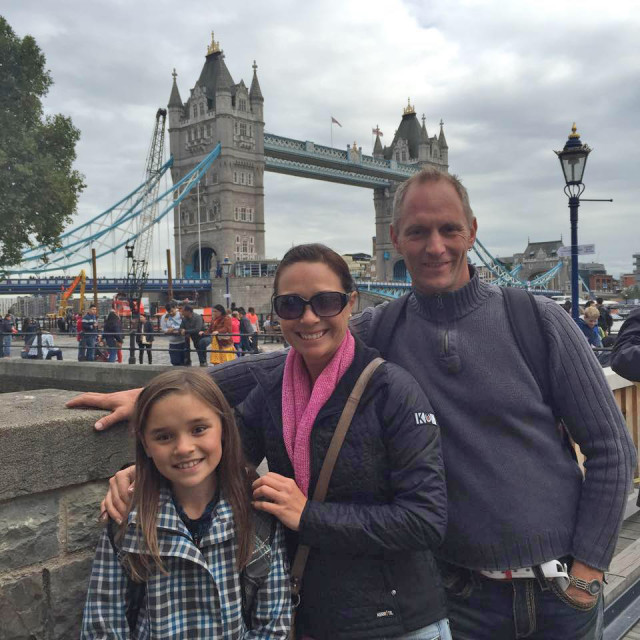 Taylor, Jen and Earl McFall on their trip to England. Photo courtesy of Dragonfire Farm.

My mom competed at the event at Blenheim Palace, and this was my first trip to England. I saw and experienced some incredible places, foods and met some amazing people.

One of the first places we visited (and my most favorite) was the Tower of London. The tower has so much history in such a small place, there was almost too much to see! The first thing that we saw was The Tower of Torture.

Inside they showed a few of the ways that they tortured people (actually I think that the beds in our hotel should be in this exhibit). But, anyway, they had models of the different tools that they used and what kind of criminals were unfortunate enough to have those tools used on them.

Then we saw the guard tower and some of the other things like jail cells and the Crown Jewels! They were just so beautiful! I saw at least two diamonds the size of a tennis ball. All the golden crowns, jewel-encrusted swords, and the glittering gowns and dresses were like candy for the eyes.

Something that also caught my attention was the Royal Armory. I saw the armor of the many kings and princes that rode into battle. What I thought was cool was that they would have models of the king’s horse and the king with their actual armor on it! They all had such elaborate patterns on them, and I just thought that they were so cool (and quite heavy). 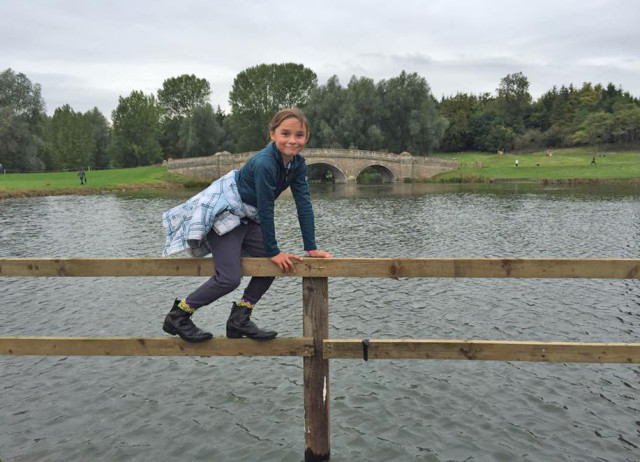 But besides the Tower of London, we saw the Salisbury Cathedral, Stonehenge (which was built 4,000 years ago!) and explored some of the many adorable towns of England.

I also went to the event at Blenheim Palace. I saw some of the many amazing horses stabled there and watched them be ridden by their incredibly talented riders. I also walked the (extremely long) cross country course. I was not allowed on the track, just on the side lines.

Most of the jumps were rather simple looking (not much decoration, but I’m sure that they are hard), but I saw a few that caught my eye, Like the “Leap of Faith” which is a stone wall with a wide ditch underneath it. There was also one that looked like it was made out of trash cans. I’m assuming that they have a very good reason for making a jump out of trash cans. There were also some birds, dragons and some really big stone “skinnys.” 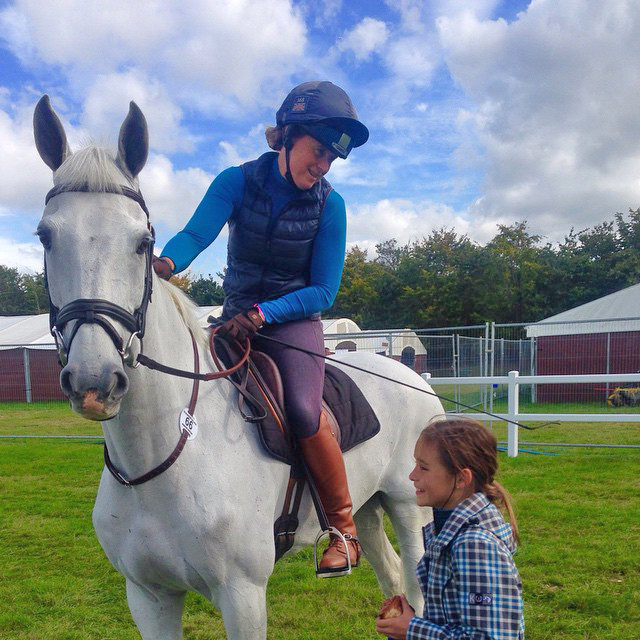 Last, but not least, I also met an extremely accomplished (and also really nice) rider by the name of Pippa Funnell! I was introduced to her by Hawley Bennett, and when I realized it was Pippa, I was at a loss for words. It was amazing. I was talking to the only person ever to win the Grand Slam, a great rider and a great person (and a good writer — I own a couple of her books).

Pippa was so nice. She asked me questions about my ponies, and we talked for awhile before she had to go (she was on one of her horses and the horse did not appreciate standing still for a long time), but I think that her just taking the time to talk to a little girl like me may have been the highlight of my amazing trip to England.