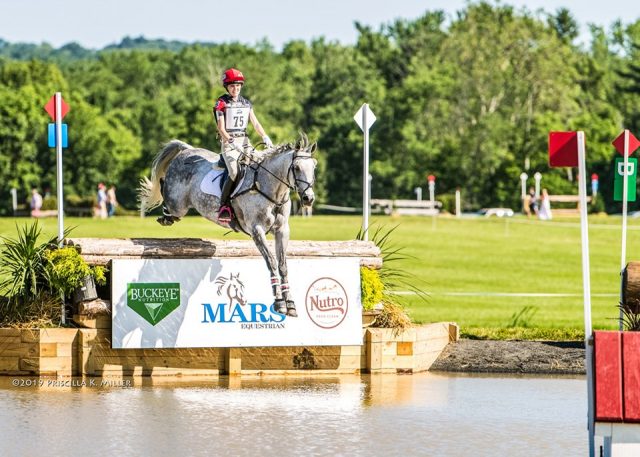 Ditchues /DITCH-yoos/ n. 1. The issues associated with a horse who lives in fear of a gap in the ground, however small or wide. 2. Ditch issues.

Everyone loves an underdog, especially when it comes to horses. Perhaps it’s the real life stories of horses like Snowman and Seabiscuit that we love so much. Whatever the draw may be, I’ve always been the hopeful owner that thinks each one of my horses will grow into a champion.

In the past it hasn’t always worked out that way. As every horse owner has endured, owning these 4-legged fragiltons comes with its fair share of heartache.

Of all unlikely candidates to bestow my hopes of glory, the horse I never had high hopes about was Welbourne. Initially, he wasn’t mine for dreaming. He came to me as a horse in training and his owners wanted him sold within the month.

On the day he arrived I had just put my previous horse to sleep. An hour after the heartbreak, I watched Welbourne back off the two horse trailer and onto my farm. Through tears, I showed him to his stall.

Welbourne’s owners were looking for something quieter and more seasoned, basically a school master. I knew of the perfect unicorn, but he was my best school horse and I needed him to run my business.

After a couple weeks I’d been persuaded. The old fashioned horse switcharoo had happened! We signed papers and it was a done deal. 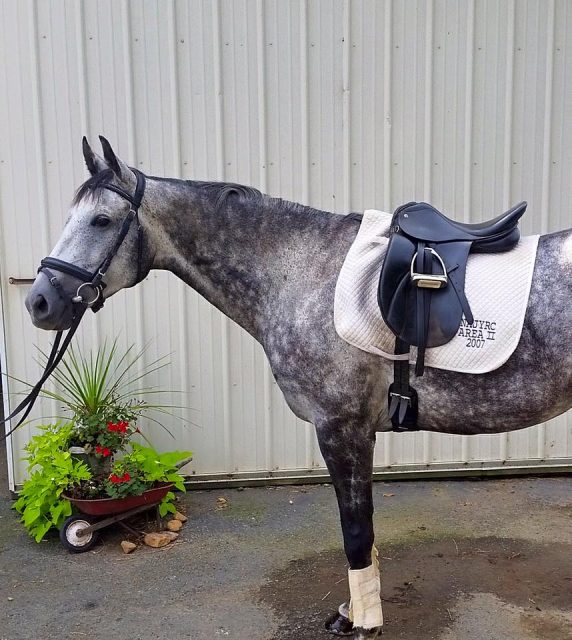 Wells in the early days. Photo courtesy of Juli Hutchings-Sebring.

Wells (affectionately named after a man I saw on the 2016 Bachelor reality TV show) did not sneak his way into my heart very quickly. He wasn’t a particularly fine mover, and his flat work left a lot to be desired. I rode him in one novice level event that weekend (only because the horse I was supposed to ride went lame). It just so happened to be my first recognized event in over 4 years.

Wells was spooky, somewhat clunky compared to the small horse I’d been riding, and leaned heavily on the reins. He pulled me around the show jumps and was quite the opposite on the cross country.

On days I didn’t have the energy to ride, I’d use him for my advanced students. This finally ended when– most notably in our Holiday Horse Show–he dumped poor Emma on a snow covered two foot coop.

It was clear he was only learning bad habits. I made it a point from this day forward to excuse him from the lesson program. I had a few sale ads up on him but never any inquiries. I wasn’t really trying to sell him (the feeling of guilt when you get a horse for free) but I wouldn’t have turned anyone away either.

Serious training had to begin. Trusting his rider was his biggest hurdle. He was the type of horse you couldn’t punish for a spook or a stop at a fence. If you so much as used your crop twice he would spook at every jump or bush beyond the fence line.

Local horseman Roddy Strang gave me some expert advice. He said, “If every time your horse spooks and you punish him for it, it’s like your dad grabbing you when you’re scared and shaking you and yelling, ‘What are you so afraid of?!'” That in and of itself becomes more of the problem. He suggested I soothe him when he acted spooky, and try a reassuring scratch on his withers. 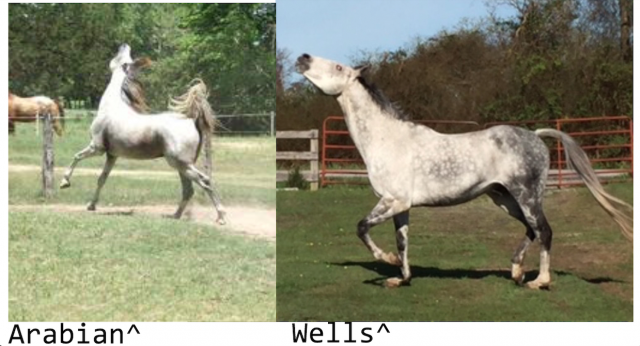 This method didn’t work for all event riders. I had to be very careful who I would train with as this is not the typical response for a horse who doesn’t want to jump a fence. “Get after him; don’t just sit there!” is the generally accepted punishment in eventing when you don’t reprimand your horse for a stop or run out. But I was slowly learning that Wells was not the typical horse either.

At events I always had to warm up over the smallest cross country jump there was, nearly have a stop at it, and then slowly work up to the novice or training sized height we were jumping. People would give me looks, like: “Should that horse really be at this level if he can’t jump elementary?”

Similarly in show jumping, he would often try to stop at the first fence. It was always worse if it was positioned near the gate, and equally bad if it faced away from the other horses.

Things started to look more promising when I had my husband (then fiancé) build me a couple of skinny jumps. We had an apex and a narrow table. I introduced Wells to these in the ring with rails first up on the sides, and gradually took them down and away. He took to them with surprising aptitude.

When we got to Prelim, his longtime fear of ditches started to get us. In our first Prelim he may have sensed the ground began to slope. He hit his Jake brake nearly half a football field before the coffin. I knew this was a problem that would prevent us from having clear rides and certainly from going any further. I had to seek the help of an expert.

Just up the road was Waylon Roberts. I started taking lessons from him and then asked him something I’d never done before. Would he ride my horse in an event for me? Whether it be money reasons, pride, or just plain ignorance, I had never considered this an option with prior mounts.

Waylon agreed. In their first event together, I entered them in the Prelim at Paradise Farm in Aiken, SC. Though super sticky in the show jumping, they got around clear and went onto cross country. An arguable stop/not stop? happened at the down bank, but Waylon being quite persuasive made sure the 20 penalties disappeared. In this case, they finished an impressive 2nd in a large field of horses.

After two more Prelims, Waylon had successfully gotten Wells over his “ditchues” (Ditch issues). Now it was my turn again.

Flash forward two and a half years and Wells has taken me to his first Intermediate, his first three-star, and our first Advanced. Now the only mistakes we make are my own — rider error.

I laugh now in lessons with Michael Walton when my horse stops at a rainbow shape underneath a show jump. I have grown to love his spooky side. I know that 98% of the time he’ll come through for me at the competition.

My horse is still looky, and that will always be in his nature. He’s not the horse that’ll go down in history for never having a stop on cross country. He’ll also never be known for being reliable at the lower levels, or a packer of any kind.

However, I have entrusted him with my heart, and in turn he has given me his. No matter what, I will always see him as the underdog who stole my heart — one spook at a time.