From the beginning, my dear readers …

Hi, I am Kaitlin Hartford! I am a 16-year-old event rider based out of Callahan, Florida, just north of Jacksonville. I first sat on a horse when I was less then 6 months old, and you can all guess where I caught the bug. My mother and grandmother rode, so I fell in love with it at an early age.

I started by riding anything I could get my hands on. It always seemed to be the tough horses … I rode a miniature horse named Ramber, an evil pony named Princess, and my grandmother’s retired eventer. He was an OTTB gelding that she evented through the upper levels, bringing him along on her own. He was the only non-tough horse for a chunky little 4-year-old girl. This is Time Flieth. He was the first OTTB I ever got to ride. 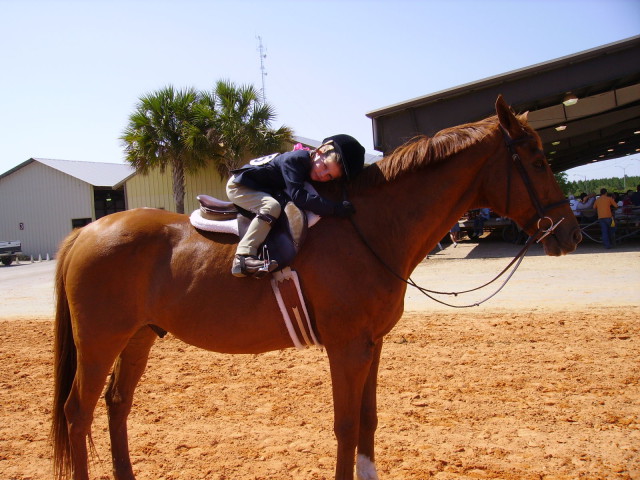 As I grew older, I got my first pony. Surprise was a 25-year-old been there, done that hunter pony. He had been around pony finals back in his time. By the time I got him, he was pretty much ancient. I finally owned my first pony, and I learned how to ride in the hunter ring. He taught me a lot and meant the world to me! 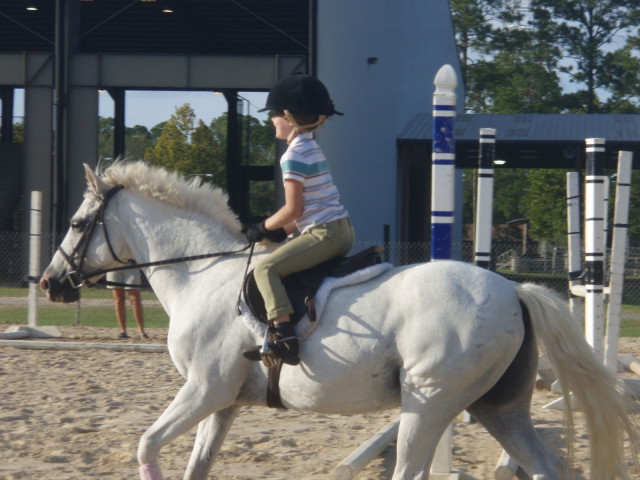 When I outgrew Surprise ability wise, the hunt was on for my next fancy hunter pony. Little did I know where that would take me … 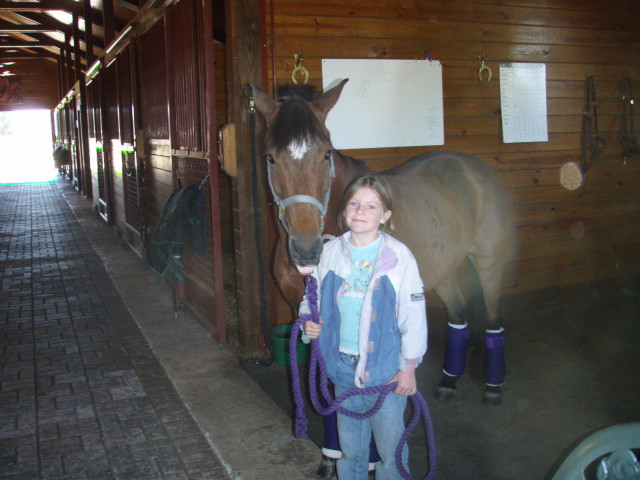 We found Joules, a 12.3-hand, what-should-have-been-a-super-fancy-hunter pony. After a year of test after test, we started in the show ring. We soon learned after many hunter rounds at a rather high rate of speed and judges muttering, “Such a shame … such a wonderful rider, such a horrible pony.” This pony was most definitely not cut out to be my fancy hunter pony.

Through the United States Pony Club I had already learned about eventing. We took Joules cross country schooling, and we were instantly hooked. 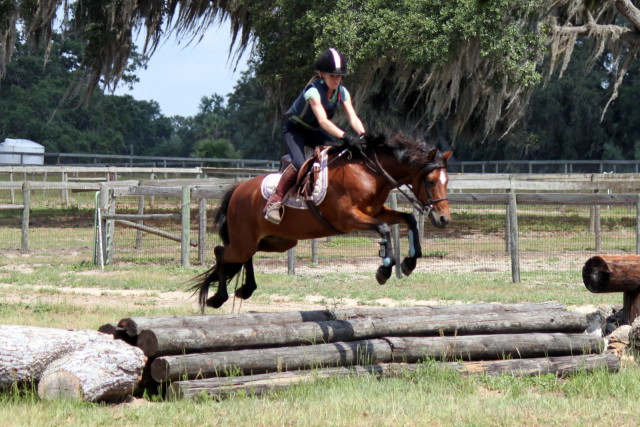 Joules in her element. 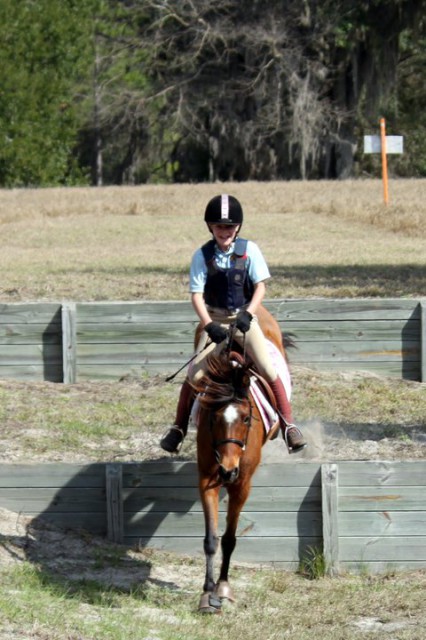 Joules down the Irish bank.

Before sadly outgrowing her (does anyone need a super amazing 12.3-hand pony?) we were schooling Preliminary cross country with ease, obtained our C-1 Pony Club rating, and became an amazing team. I was seriously hooked on eventing, and I KNEW what I wanted to do for the rest of my life. 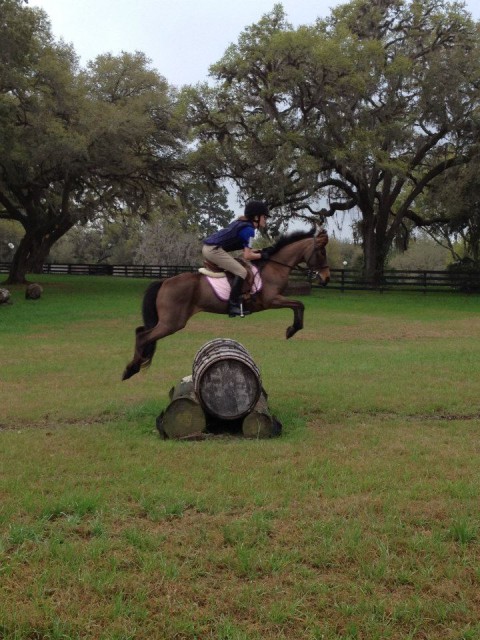 After I outgrew Joules, I was given an amazing opportunity to learn from one of the best horses ever. EZ evented through the three-star level with Buck Davidson, and I have learned a lot about eventing and perseverance. I am hoping that next year, he and I will be competing at the North American Junior and Young Rider Championships with the Area III Young Riders team. Maybe we will master a free walk with a score above a 3 by then … 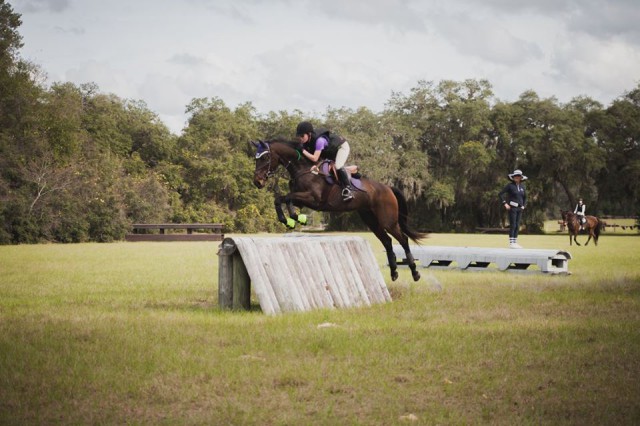 Now for the reason this whole blog is being written. In October I am taking my OTTB to the Kentucky Horse Park to compete in the Retired Racehorse Project Thoroughbred Makeover. It also happens to fall on my birthday! I learned about the Thoroughbred Makeover from a friend of mine.

I became interested in the makeover because of how the competition is run. You choose one or two events out of 10 different disciplines, you take a racehorse who has been off the track for less than a year, and you have 10 months to go from less than 15 retraining rides ever to a worldwide competition! In addition to these requirements you have to be selected to participate. 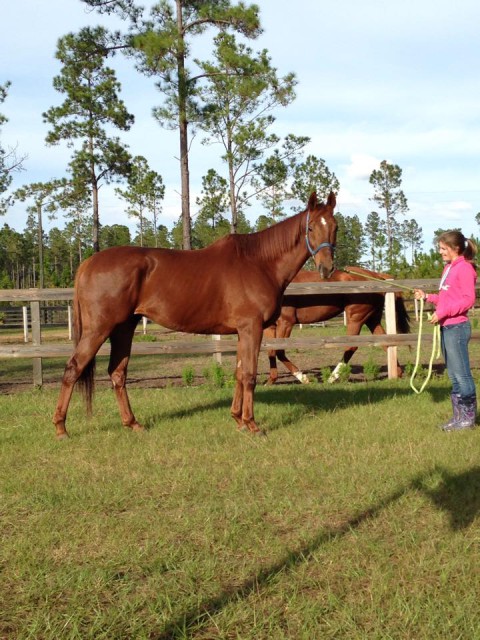 This is Family Foundation, aka Sven. He is by Repriced out of Deep Discount. Sven ended up racing 42 times and earning over $180,000 on the track. He is a 16.1-hand 2007 gelding. We initially got him to be my mom’s resale project and lucky for me, she hurt herself the day we picked him up.

So … I have taken over the reins on this super amazingly talented OTTB! I can’t wait to share our journey with you over the next few months. Please join us next week for more on our journey to the Makeover.