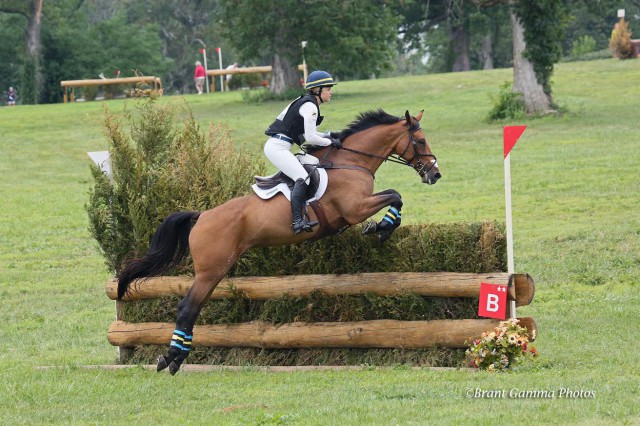 There will not be a CCI2* Championship division at the July 14-19 FEI North American Junior and Young Rider Championship this year due to “insufficient international entries.” Instead, there will be a non-championship CCI2*-Under 21 division.

The United States was the only North American country to field teams for the CH-Y2* competition, and FEI rules require a minimum of two countries with a team of at least three horses to be entered in order to hold an FEI Continental Championship.

“Following the close of Nominated Entries, the FEI requirement of at least two National Federations represented with teams was not met in order to run the Young Rider eventing and reining divisions as Continental Championships,” stated a USEF press release.

The rules do not allow an Individual Championship without a Team Championship. However, the USEF has been granted permission to run a non-championship CCI2*-U21 division during NAJYRC so riders can still compete for qualifications and support their teammates in the CCI* Championship division, which has not been affected.

“For eventing, the Organizing Committee will hold a CCIYR2*, allowing competitors the opportunity to ride and still feel a part of the championship experience. A CRIJ and CRIYR competition was offered for reining, but due to lack of entries will not be held.”

USEA Area V Young Rider Coordinator Catherine Texter Baker told EN that the USEF was notified by the FEI on the morning of July 3 that there could not be Team or Individual Championships for the two-star Young Riders. “USEF & USEA did all they could but the FEI rule is clear. There was nothing that could be done – just so very sad for Young Riders,” she said.

This cancellation is a huge blow to the Young Riders that have worked for years to achieve their dream of competing at NAJYRC, and we are very disappointed for those affected.