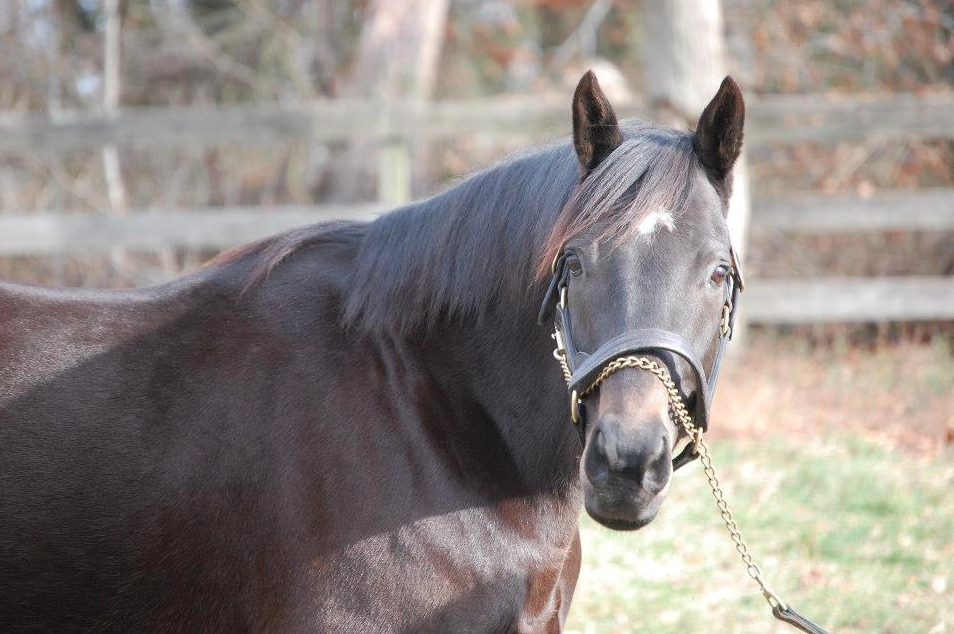 We’re just days away now from the four Thoroughbreds of the Retired Racehorse Training Project’s 100-Day Challenge making their debut at the Maryland Horse World Expo. All the horses have been free jumping in preparation for the expo, and each one has wowed Steuart and the rest of the team at Dodon Farm. Unfortunately, heavy favorite Gunport suffered a swollen hock — likely from a kick in the pasture — and is currently out of commission. She’s the contestant I’m most looking forward to watching at the expo, so I’m crossing my fingers she’s back to work by Friday. I’ll be checking in later in the week to bring you videos from all the free-jumping sessions, as well as a full schedule of Steuart’s sessions at the Maryland Horse World Expo. For now, here’s some of Steuart’s comments from his latest training report, which you can read in full by clicking here.

“We free jumped on Tuesday and Thursday this week. Most horses are a bit klutzy in their first session and then play the game with enthusiasm a few days later. This horse jumped brilliantly from the very first x. He was brave as a lion going into the chute, and ended the short session (we always keep these session to about ten minutes with lots of breaks) jumping a tad over 3 feet like he was born to do it. His magnificent canter allowed him to adjust his stride in the approach without any loss of balance, and his sloping croup kept his hind legs underneath him where they provided enough power to get him over the tops of the standards if necessary.

“His second free jump session was also magnificent, but he was clearly having too much fun. His canter became more of a gallop and we kept having to move the x further and further away from the ascending oxer one stride away. We raised the jump to four feet and stopped, not because he was anywhere near his limit, but because his level of excitement was rising and he was getting a tad reckless. We want to keep him in a quiet rhythm when he jumps so he can learn that the game is about the footwork and being careful. That will happen with a rider.”

“I am tempted to say nothing about Declan’s free jumping. The video will be up very soon and speak for itself, but…I can’t resist. Yes, an athlete is an athlete, and this one does everything well. His stride is deceptively long, and it took him a few tries to figure out that there were two separate jumps and that he needed to focus on the first before looking at the second. But he was brave and it was easy for him. In his first session he jumped three feet without really needing to lift his knees.

“In the second session he jumped four feet and could easily have gone to five. When he got there right his form was about perfect. The incredible part was watching him canter down the long side on his right lead, do a perfect flying change as he approached the left turn, and then canter around to the chute as though ridden by a top professional. He didn’t rush and there was no anxiety. It was all elegance. You’ll see. Having my 93 year old father seated in a chair at the center of the arena made it even more special. Declan greeted him with respect before his performance commenced.”

“In her Tuesday free jumping session Gunport was a little more careful and concerned about the chute than the brave boys, but once she figured it out she made it look easy. As we expected and saw jumping under saddle, she is very quick in front, which is a good thing. She also uses her back well and practically stares down at the jump as she goes over. She has all the ingredients of a very correct jumper but is not the type that you would ever want to risk over-facing. She has to feel like she owns the exercise so that she can settle into it and discover the most efficient way to get it done.

“The bad news is that our dear Gunport has a swollen hock that appears to be from a kick. She is a little sore on it, so we will back off of all riding until the swelling has come down.  We are taking it one day at a time with Surpass and anti-inflamatories and hoping that time heals quickly. She free-jumped on Tuesday but was out of work by Thursday when we had the video camera out. She will be at the MD Expo, hopefully doing more than just standing around looking pretty.”

“Free jumping brought out another side of the Suave Jazz personality. In his first session he decided he was running a race. He would whip through the chute, hang an immediate left and get back to the entrance as quick as he could. He has an amazing ability to sit and turn like a barrel racer and when he decides that there is a job to be done he bangs it out like a pro. As long as the one stride distance between the x and the oxer was 26 feet or more the jumps looked good, but he also was very smart about shortening his stride to the x when he needed to. He moves with a lot of knee action and is extremely quick in front over the fences. We would like to see him slow his world down and jump around the jumps rather than across them, but we are not surprised. It is partly a function of being tight in his back.

“In his second free jump session he slowed down in his circle back to the entrance. In fact he decided that his power trot was a good way to get there. When he locked on to the jumps he would canter forward like they were a magnet. We jumped to 3’6″ but did not go higher. More height would have forced him to jump with a better bascule or fried his brain. Rather than risk the latter we stopped while he was happy.”