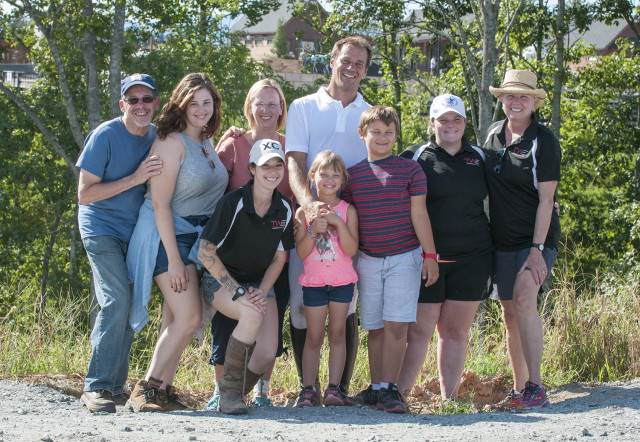 Troy Wing Eventing, based at Altair Farm in Rochester, New York, had not initially planned to attend the 2016 AEC, but when they realized several of them were qualified they decided to make the 15 hour drive to Mill, Spring, NC to compete. They brought along several horses and were supported by an enthusiastic team of family and friends.

The Troy Wing Eventing team as a whole had a great energy and were a joy to chat with. They got on the road home bright and early today so we’re wishing them safe travels and hope to see them again next year!