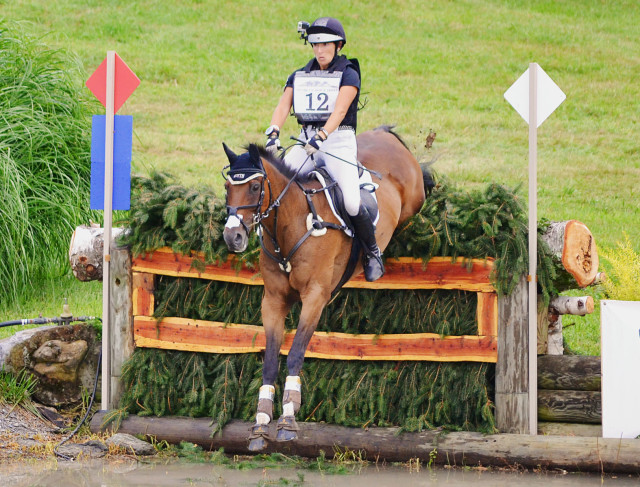 British Eventing announced today it has suspended the use of helmet cams in competition, and the Dutta Corp Fair Hill International has followed the lead, banning the use of helmets cameras for cross country tomorrow, CCI3* technical delegate Jonathan Clissold confirmed.

The decision comes due to allegations that a helmet camera may have caused Michael Schumacher’s helmet to shatter during a skiing accident last December that left him with a brain injury, British Eventing explained in a statement.

“As a precautionary measure, pending the completion of an independent expert report on the safety of helmet cameras, the wearing of helmet cameras at all BE affiliated events has been prohibited with immediate effect. Therefore, permissions previously given by or on behalf of the Chief Executive to wear a head camera are withdrawn,” the statement reads.

British Eventing’s Safety Committee has hired the Transport Research Laboratory to conduct further research on whether helmet cameras can compromise the structural integrity of a helmet during a fall.

Rule 540.2 in the FEI Eventing Rulebook states that helmet cams “must be reviewed by the Technical Delegate in consultation with the Organiser.” Jonathan Clissold and Fair Hill organizer Trish Gilbert spoke this morning after British Eventing’s announcement, ultimately deciding to suspend the use of helmet cameras this weekend.

“I feel that the safety of the horse and rider is the number one priority, and if there’s something that may put the rider at high risk, then we need to react to that, something with which the organizer Trish Gilbert is in total agreement,” Jonathan said.

Two CCI2* riders had requested to use helmet cameras on cross country tomorrow at Fair Hill. Their requests will be denied following this morning’s decision.