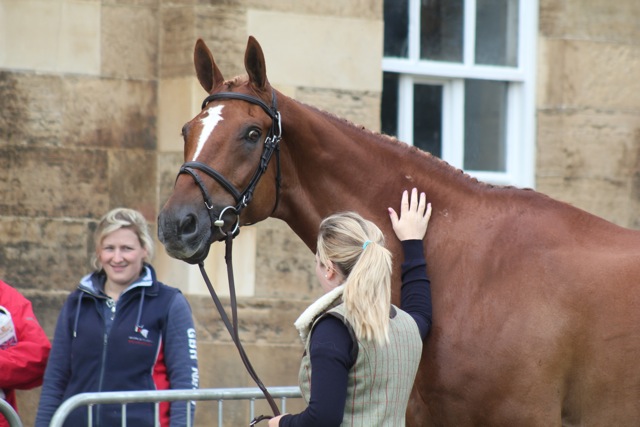 The Horse & Hound is reporting that Noble Bestman, ridden by British eventer Laura Collett, suffered an unfortunate injury on cross-country at Boekelo.  Owned by Philip Walker, the chestnut gelding had surgery to repair a fracture in his right front pastern.  He is not yet fit to travel and must stay in the Netherlands for a bit longer, though vets are hopeful for a complete recovery.

Laura said: “He landed over a straightforward fence and went lame, so I pulled him up. The vets were brilliant and he was taken straight off to the clinic 10min down the road in a horse ambulance, where they X-rayed him and discovered he had fractured his off-fore pastern.

“We had to make the decision whether or not to operate, so I took the X-rays to [team vet] Liz Brown and talked to his owner [Philip Walker], and we decided to operate, which they did at 9am the following morning.

“The operation was successful — it was a clean, straight fracture and they put 3 screws in to hold it together. We were able to see him once he had come round, but he can’t travel for a couple of weeks.”