Eventing Nation was pleased to support two equestrian nonprofits with proceeds from the sale of our Ultimate Form Guide to the Land Rover Kentucky Three-Day Event. Thanks to the nominations of some of EN’s readers, we were able to make a donation to both Renew Therapeutic Riding Center in Michigan as well as to Freedom Reigns Ranch in Tennessee. Each program will also receive complementary advertising on Eventing Nation through the month of July. We’re proud to support the efforts of programs such as these to bring horses to underserved and underprivileged communities. 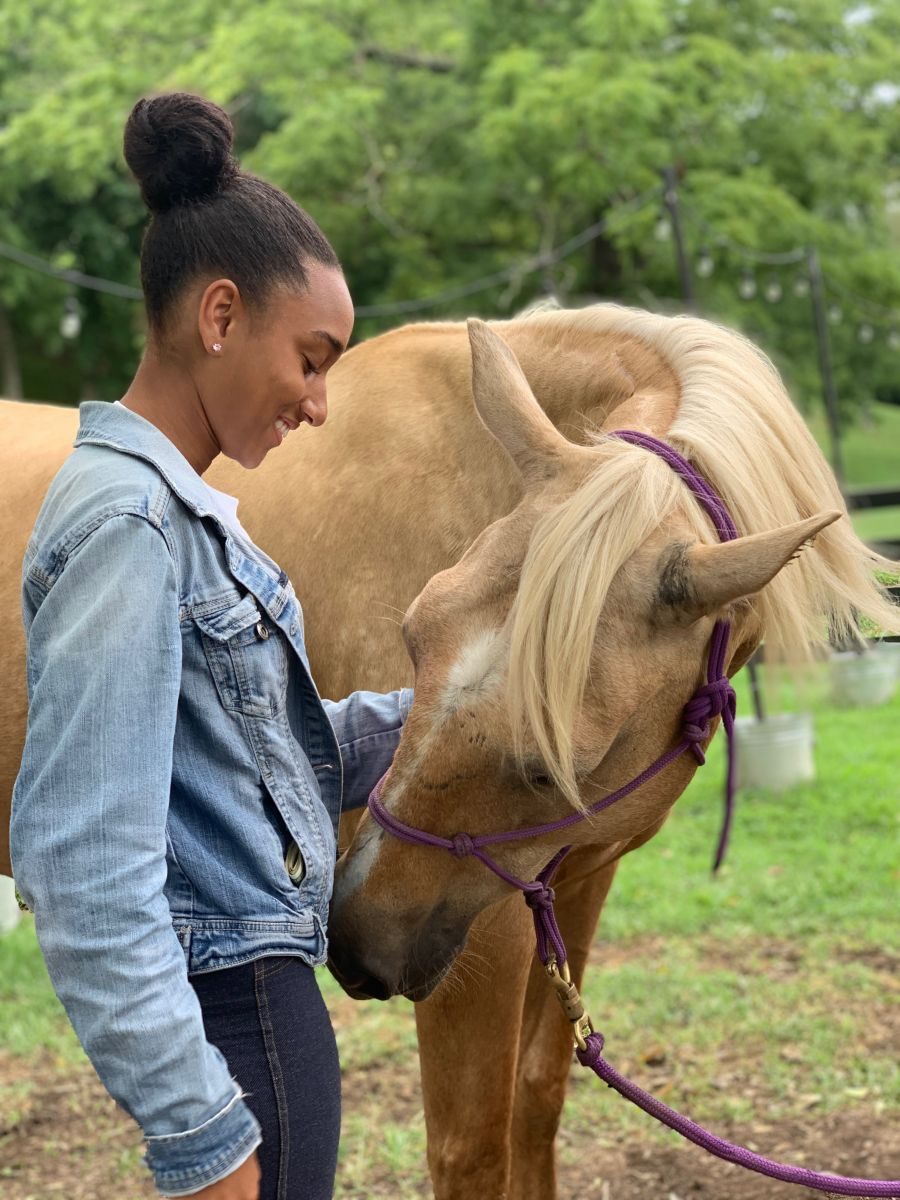 It’s not hard to feel welcomed when you walk up to the gate at Freedom Reigns Ranch, as horses whinny in your direction and people greet you like they’ve known you your whole life. In fact, it may be a little unsettling to be SO welcomed, seen, and loved – this type of true and genuine hospitality without motive is rare to find in today’s society. You’d never know that both the horses, and many of the individuals greeting you have seen some of the worst humanity has to offer.

How It All Started

For Freedom Reigns Ranch there are two primary avenues of redemption: the first, and at the heart, is the mentorship aspect of their organization. One child, one horse, one leader… 100% of the time. The Ranch’s one-on-one session program is where it all started.

That being said, the initial “Ranch” didn’t look like much of a program. It was simply troubled youth, coming and spending time with the founder’s only horse, and a friend or two that were considered “volunteers”.

“The first ‘session’”, founder Carissa Ramsdell says while making air quotes with her hands, “was simply a neighborhood girl coming across the street.” She had access to horses at her godparent’s house but was drawn to Boston, Ramsdell’s only horse, who she was competing in local eventing shows at the time. Boston is an Arabian-Thoroughbred cross, a breed of horse known for being highly spirited, opinionated, intelligent and certainly not the kind that you’d suspect could be trusted with children!

“She had seen some very challenging things in her home life and was spending the summer with her godparents. At four years old, extremely shy, without words she’d ask to ride Boston by sheepishly pointing up while keeping her expression to the ground. I was hesitant, knowing Boston’s tendencies to be a hot and sensitive horse, but it soon became obvious that he was an entirely different horse around this little girl. The moment I knew God was up to something special was when she was spending time with him in the cross ties and went up to kiss his nose with her hands on each side of his nostrils!” Ramsdell recalls with an excited tone. “Boston was an expert at snapping halters and breaking free, especially if he felt crowded around his face. Instead of recoiling, he reached down and allowed her to fully embrace him. Something he would have NEVER done with me. I was admittedly a bit jealous,” she says with a laugh. “That was the moment I knew God’s plan was to do something more with Boston and with my life.”

Like a stampede gaining momentum as it goes on, this idea of using horses to help bring healing to people accelerated at an incredible rate. The first donated pony came in while recovering from a severe injury and was followed by the first rescued horse. More friends wanting to help that turned into the first Volunteers, more requests started coming in from friends, from churches, and then from organizations who found out about how God was helping heal hearts through His incredible creation and the gentleness of a horse. And all at once the stampede began involving the community and took off. There was a huge need for a program. In 2016 Freedom Reigns Ranch was designated as a 501c3 organization.

Freedom Reigns Ranch has always been and will always be completely free-of-charge to anyone who comes. In this, the opportunity for anyone to come, regardless of financial means, is always open. Being free-of-charge gives access to anyone to benefit from the ways a relationship with a horse enhances our lives.

In it’s early days, Freedom Reigns Ranch only had the capacity with horses and volunteers to offer the one-on-one model. Though it was very successful, Ramsdell knew from her own experience that the greatest healing for those who have been wounded by people happen in community… when people learn to feel safe around others again. Through that knowledge, Junior Ranchers was born.

Junior Ranchers further builds on the healing attained in the one-on-one Session Program and adds to the participant’s peer community. The program is designed for ages 9-21 with groups broken up by gender, age, and life experience. Each Junior Rancher commits to one full season together. Activities focus on basic natural horsemanship education, developing riding skills and learning basic hands-on veterinary care, communication development, leadership equipping, and Ranch stewardship. The program goal is to grow confident and servant-hearted young leaders. 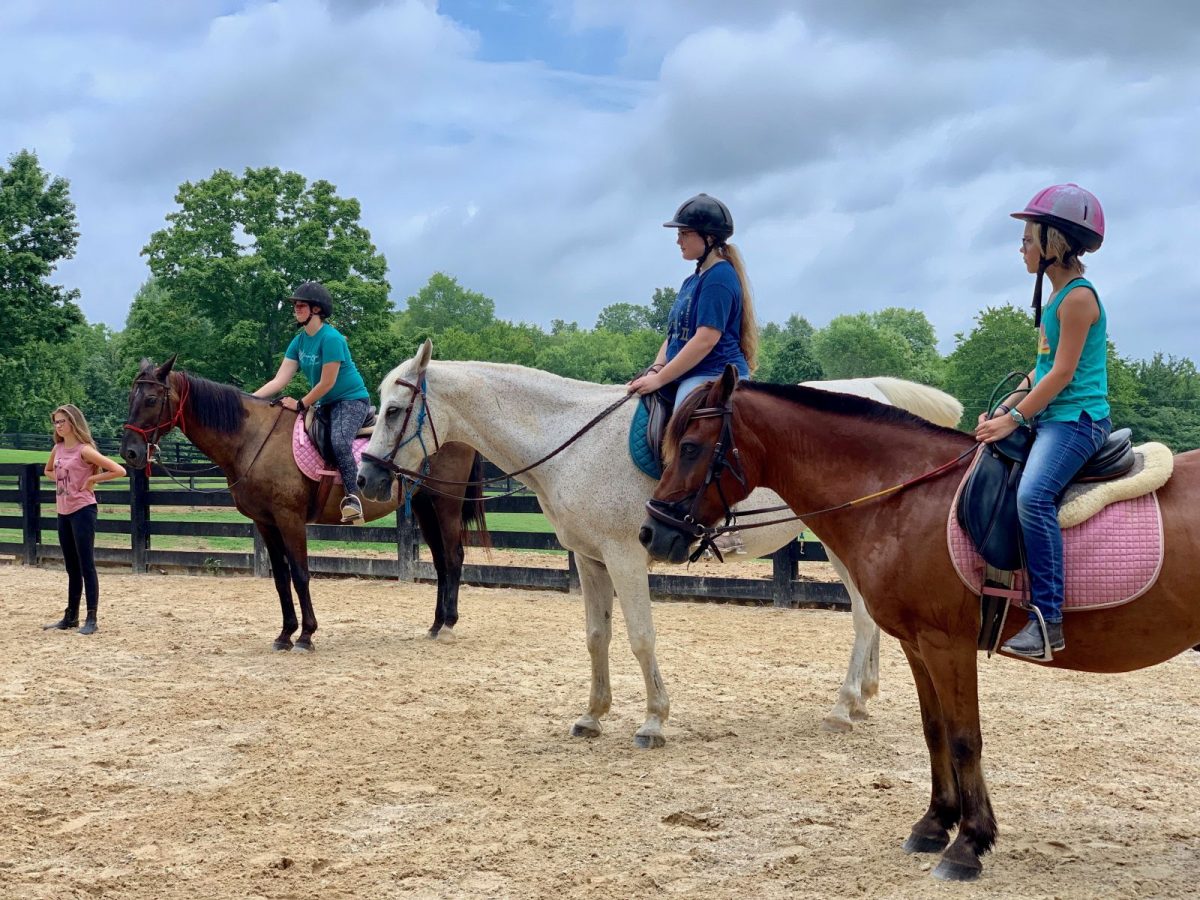 The second avenue of redemption is assisting rescues by being a foster home for horses as they are in rehabilitation. “We’re fortunately, or unfortunately, really good at rehabilitating the emaciated horses or working with the challenging horses,” says Carissa. Freedom Reigns Ranch is currently small in scale on the rescue and rehab front, assisting in about a half-a-dozen cases each year. It’s hard work when you are feeding every two hours around the clock for starvation rescues, keeping custody care logs and documentation for law enforcement cases, treating wounds and injuries, and still maintaining the regular work.

But that work doesn’t just fall on volunteers; the Program Participants have the opportunity to gain hands-on experience in rehabilitating fosters which is a valuable component to their own healing. “It’s important for people, especially those working through their own past hurts and trauma, to realize that they always have something to give… in a way only God does, I believe He takes one broken life and another broken life and in the process of helping each other they both become whole. That’s redemption.”

As of January 2021, Freedom Reigns Ranch has provided over 6,400 hours of mentorship completely free-of-charge and is slated to provide approximately 3,000 hours in 2021. They currently lease an 8 acre farm with 8 full time session horses and 1 foster horse in Thompsons Station, Tennessee (40 minutes south of Nashville) with the hopes to raise the funds necessary to purchase an identified 38 acre equestrian facility near the center of town later this year.

To learn more about Freedom Reigns Ranch, to volunteer, to give, or to apply for the session programs visit their website: www.freedomreignsranch.com