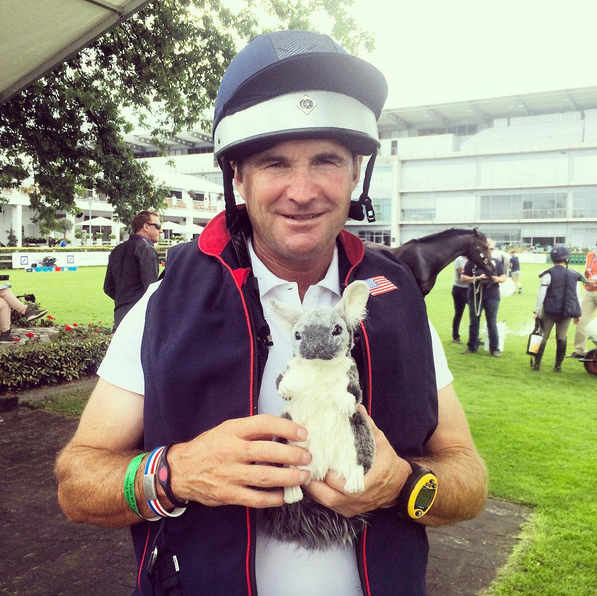 It’s been a good day all around for the North American contingent at the Aachen CICO3*, as Team USA finished in third place in the FEI Nations Cup standings, and Canada also completed their three-rider team in seventh place. Read on for soundbites of what the U.S. and Canadian riders had to say after cross country. Click here if you missed the final end-of-day report and here to catch up on all of EN’s coverage from #Aachen2015.

“To go at that speed, you’re always chancing things a bit, but (Fernhill Cubalawn) is such an honest horse. He wants to do it, and he wants to please. He’s always looking for the flags. I was really happy with him.

“When I walked the angled brushes, I thought they had to be ridden really positively, and I actually think keeping the horses on a little bit of a shorter stride and letting them see it and read what they had to do was better, and that’s what I ended up doing.

“The corner before coming into the main arena definitely caused more trouble than we thought it would. Lynn paid the price for going first out for the team. The horses were just not reading it and seeing where they had to go. That was another fence where you wanted to add another stride so the horses could see what they were doing.

“I have to thank Karen Stives for my grant to come to Aachen. She’s done an incredible amount for the sport in both her riding career and since then. It’s essential for the U.S. riders to get overseas and see where the goal posts are. I think you can become a little bit complacent at home. It’s not so much about coming over and having success. Our big goal is to do well at the next Olympics. That’s what these trips are about.” 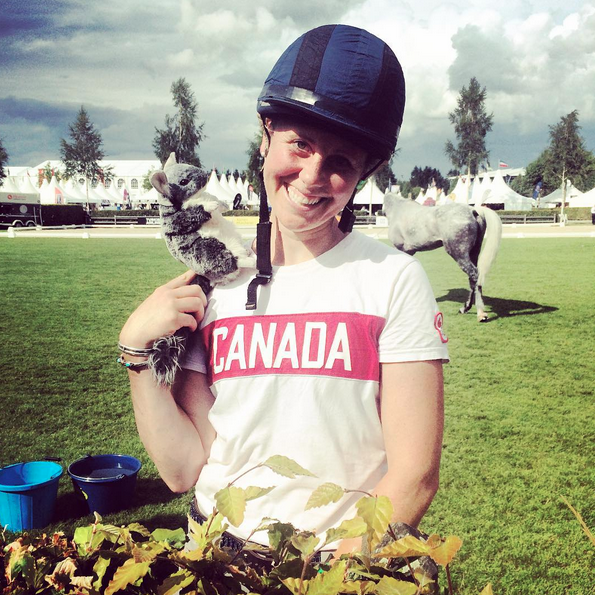 “(Riddle Master) is just looking to jump the flags — that’s what he does — so you can get away with taking a few risks on a track like this where time is such a factor. The coffin was hard, even after we got through the double brushes. He’s always a bit funny with keyholes, so that was always going to be particularly difficult. I knew he’d probably add a little bit and pick his way up to the keyhole.

“I was hoping to jump into the first water a bit bolder because of the time factor. If anything, he does tend to jump a little shallow into water, and he was his usual careful self jumping in, so I did change my plan a little on landing there. Aside from that, everything rode according to plan, and I’m really happy with him.”

“I was on my time with two options, and at the brush corner, I thought, ‘This is where Lynn had a runout; let’s not be hasty.’ I took an extra tug when I should have just ridden the horse I was on today, and we had the runout. But he was brilliant today.”

“He used to be a horse that would always add strides. There was a six-stride combination at the beginning of the course where he did five. In the water, I was going to do eight to five, and we did seven to four. I should have ridden the horse I was sitting on at the corner, not the horse I was riding last year. He’s just gotten so much better.”

“The most disappointing day was yesterday in show jumping, because I know we can do it. Walking the cross country course, I didn’t know if I could do it, and now I feel like I can go to Rolex next year and be ready. It was absolutely worth the trip.

“I think the cross country was the question in my mind coming over here: Could I do it? I had a really bad fall last year. I had bad luck at Plantation Field and Fair Hill, and I was just doubting if I could do this. We trained with Jon (Holling) all winter, and I realized I could do it, so completing the course just felt really good.” 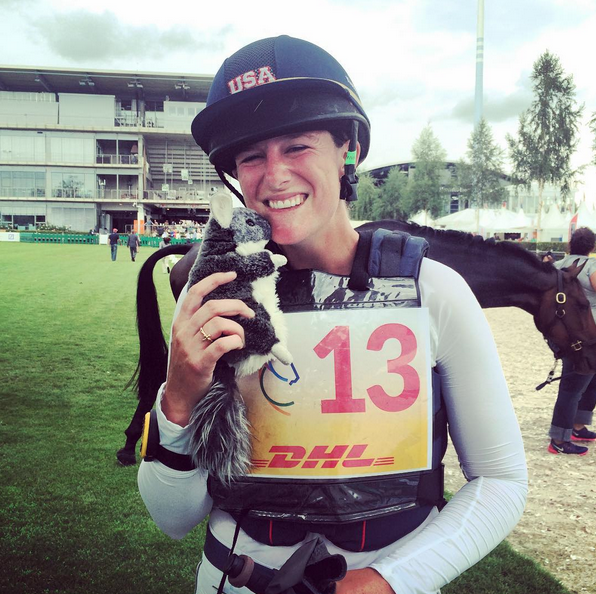 “I’m super happy with (Veronica). She was really strong today. Usually I have to use the bottom rein for just the first two fences, but she was a bit of a tank the whole way around. That’s where my time penalties came from. I had to be careful because I got worried about getting her back.

“Going out, the priority was to get a clear round for the team, so I rode some combinations more carefully. It’s not easy out there, and as much as everyone talked about it being softer, there were a lot of fences catching everyone out. She had to fight for it a bit, and not everything was smooth, but she’s a fighter. I couldn’t be happier with her. She did what she was supposed to do. I would have liked to have gone faster, but I might have had a 20 if I’d done that.

“By the time I went out, I knew it was riding tougher than it walked, so I went out not necessarily to have a smooth ride but an aggressive ride. I rode hard the whole way around. It’s too bad Lynn had to go first, because it’s pretty obvious at that corner that the horses weren’t really reading it. You know if Donner has a runout, then it’s a problem. I would have liked to be faster, but I tried to get it done for the team.”

“I’m thrilled that I came to Aachen because it was a great learning experience. It’s not the result I had imagined or the result I had wanted, but the sport has highs and lows. I now have a little bit of a different plan for what I’ll do in both dressage and show jumping with (Covert Rights), so it’s been very beneficial from that standpoint.

“In show jumping yesterday, the rails were mine every time I tried to help. We mixed it up and put him in a different bit to try to get him to take a different shape, and it’s just going to take time. We’re in the process of making him a better horse.

“This is a learning experience and an atmosphere that we can not reproduce at home. The only thing that comes close to this is Rolex. To be able to come here on the spur of the moment and get thrown into this, I’m thrilled to be on a team with three unbelievably experienced people.”

“I thought he was phenomenal until the fifth to last fence. He felt fantastic; he was up on all his minute markers. He would have easily made time. Being first in the going has its good and bad parts. You don’t second guess your plan, but at the same time, you don’t know how your plan might need to change. He just didn’t quite lock onto the corner and had a fly by.

“It’s frustrating, but at the end of the day, it did contribute to bringing home a third-place finish in the Nations Cup. It wasn’t in the plan for us to even be here until the last minute, and it’s been great to be able to practice in this type of atmosphere and on this type of course ahead of Burghley. He completed safe and well, and that’s what matters.”