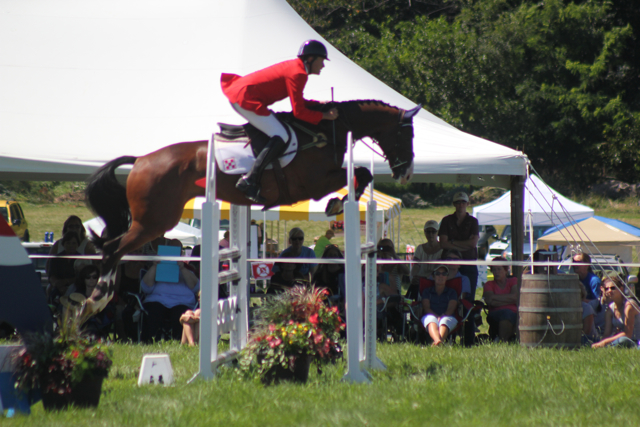 Boyd Martin and Trading Aces jump into the lead of the CIC3* at Richland.

As Jenni reported earlier, Marc Donovan’s show jumping track claimed its fair share of scalps Friday afternoon at Richland, but although Marc conceded that the slightly undulating grass ring might account for some of the trouble, he told me that he was happy with how it was riding overall and that his course is on par with the whole event. “The faults have been scattered throughout the course,” Marc said. “I think it’s been fair. Richland is considered a destination event, and it has a strong field. In my opinion the cross country course is very challenging and fair, and the show jumping has to match that.”

Some horses this afternoon were obviously very fresh, perhaps not used to jumping before the cross country, and I wondered if Marc took this into account while he was designing the track. “Not really,” Marc said. “I think that the course should always meet the standard and be the correct height, so that doesn’t really factor into my plan. I always try to build something that will be challenging but fair; some horses are better jumping before cross country and some are actually better after, so on any day some people are going to have an advantage.” 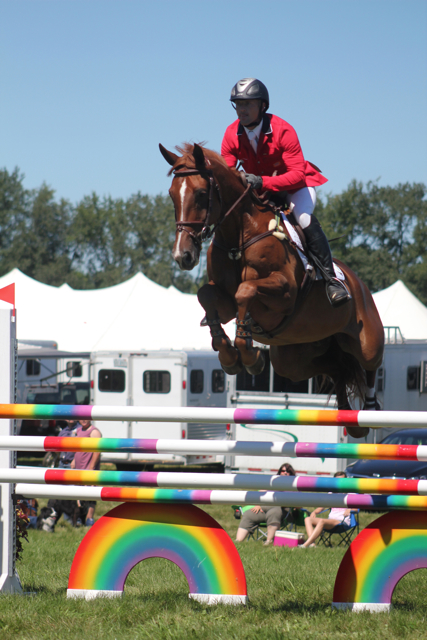 I asked Marc if there was a particular type of horse or rider that was suited to his course. “I think the riders that have the most success have a really good sense of pace and are going forward without speeding up,” Marc said. “Michael Pollard’s trip on Ballingowan Pizazz (pictured above, and click here to see the video) was just excellent because the horse was always in front of his leg but never rushed, and it was consistent. He would come through the turn forward, not fast, and that’s the key.” 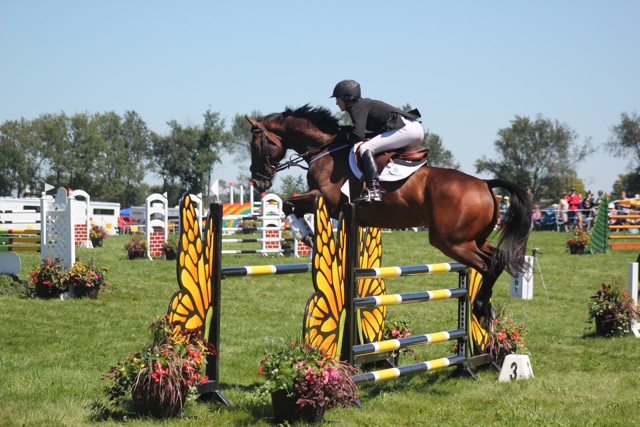 Above, Diana Burnett and Shigatzi clear fence 3, which was responsible for quite a lot of trouble this afternoon, as Marc explained. “It’s just an oxer off the turn, but it is a complete turn,” he said. “It’s more than 90 degrees, so I think that makes it more difficult, but there’s plenty of room there.” 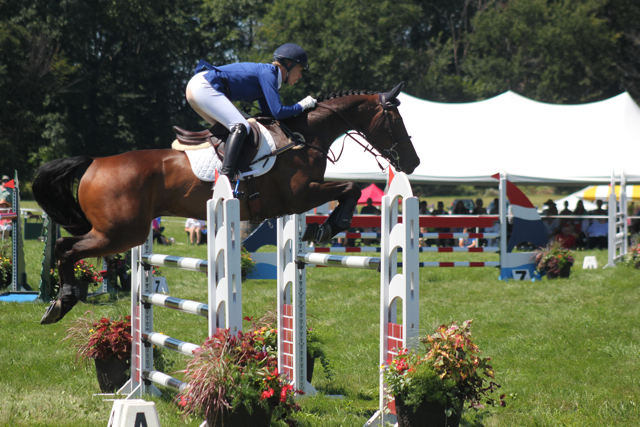 Jolie Wentworth and GoodKnight posted the first clear round of the day. 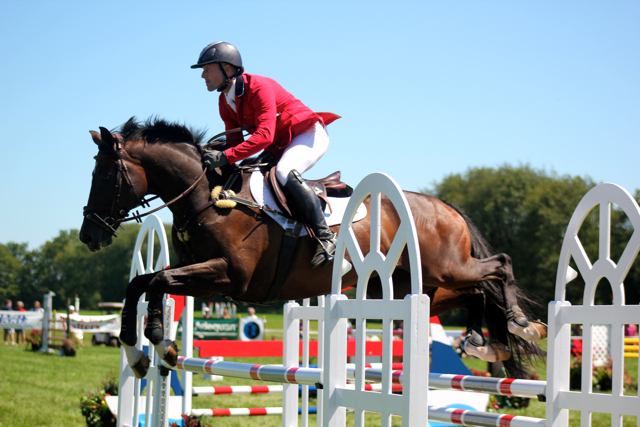 Michael Pollard rode two beautiful rounds to add nothing to his dressage scores, above on Pau-bound Mensa. 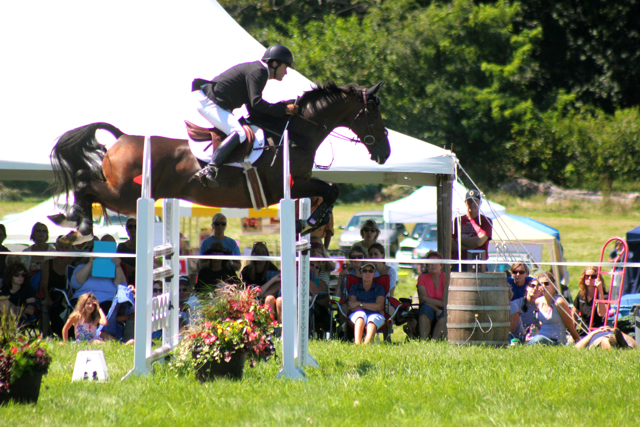 Phillip Dutton and Ben, leaders after the dressage, slipped a place to 2nd overnight with one rail down. 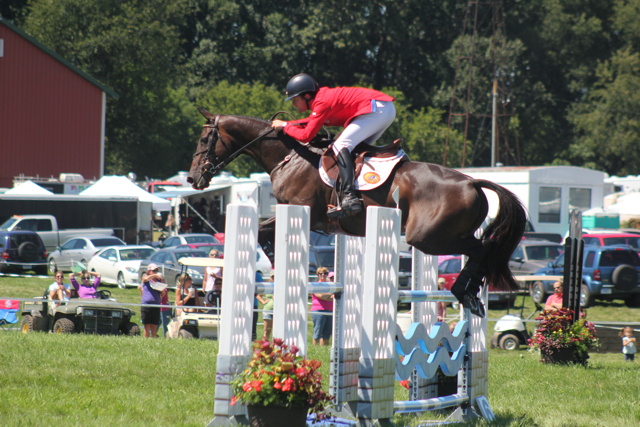 Will Faudree and Andromaque move up a spot into 5th place with just one time penalty. 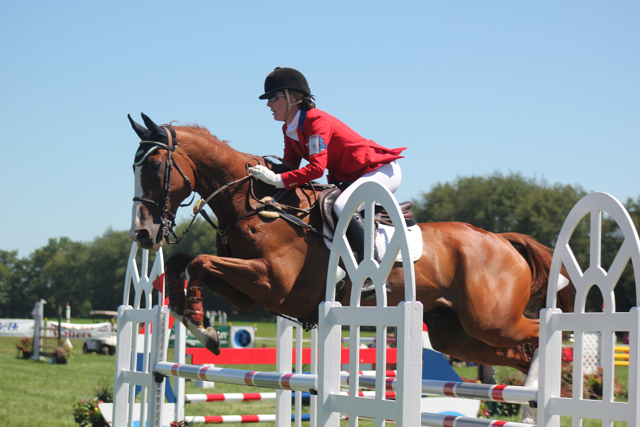 Selena O'Hanlon had one down on Bellaney Rock, above, and just one time penalty on A First Romance. 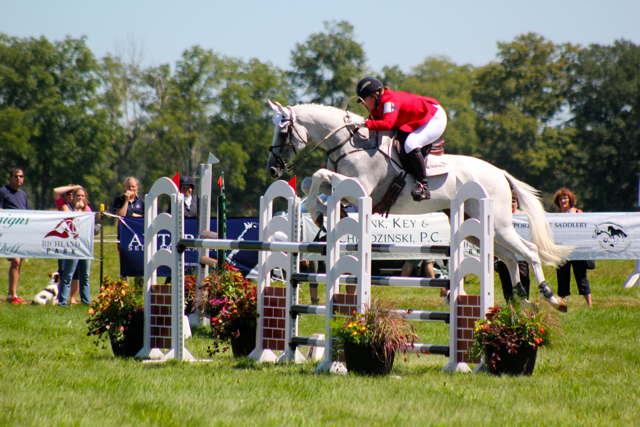 Becky Holder and Can't Fire Me dropped down to 11th with two down and also a time penalty. 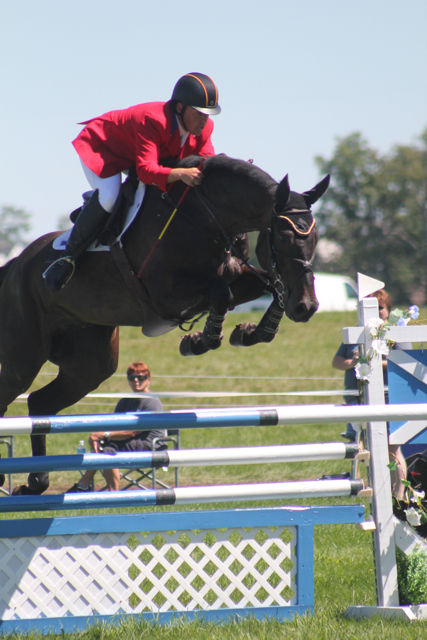 Buck Davidson on Cool N'Cavalier were first to go in the division. 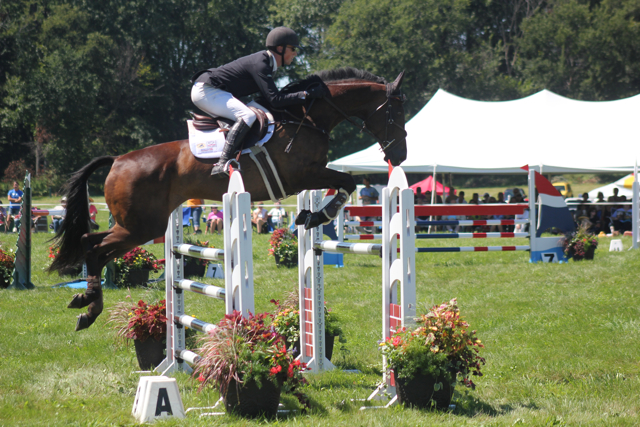 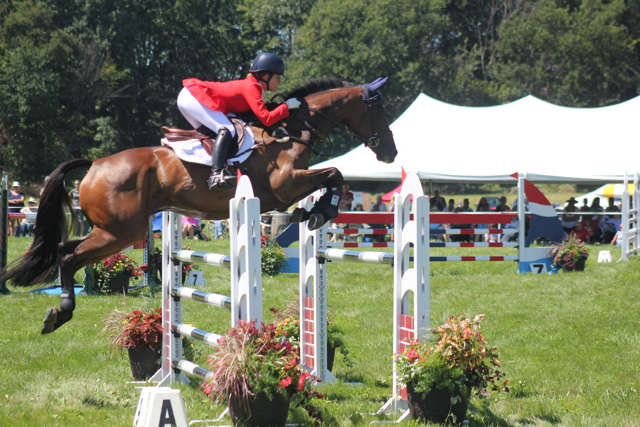 Lynn Symansky and Donner jumped a beautiful round, despite a rail down. 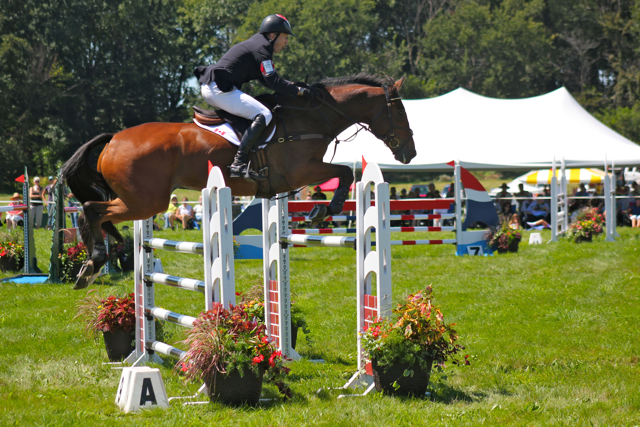 Peter Barry and Kilrodan Abbott with just a time penalty to add to their dressage — what's not to love about this pair?! 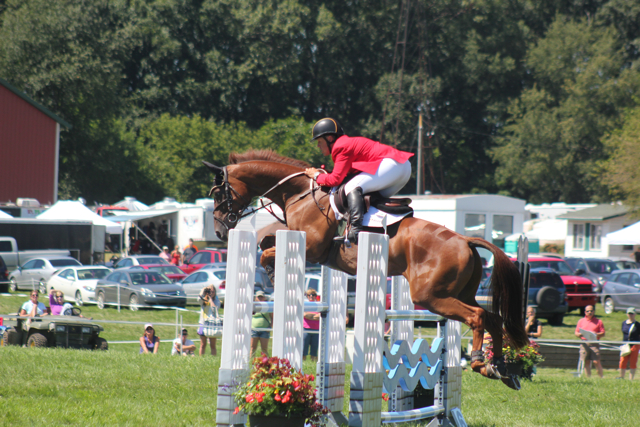 Buck Davidson and No More Rocks. 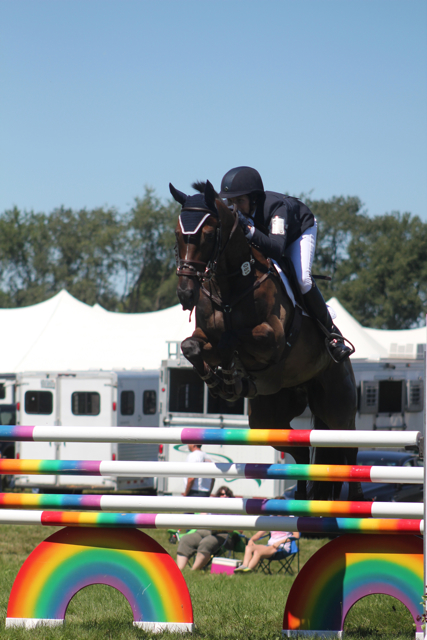 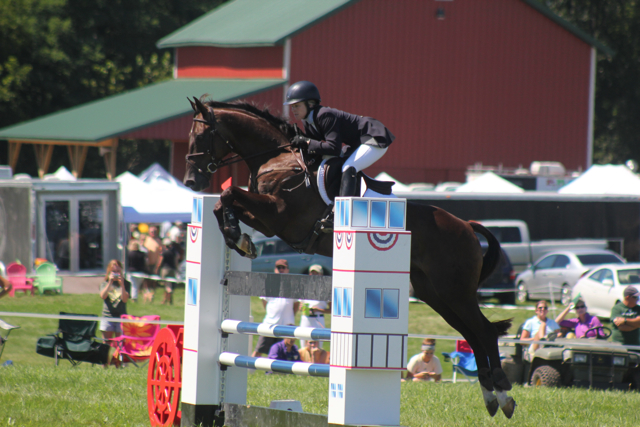 Full marks to Caitlin Silliman for coming back in on Remington and getting it done after a disappointing round on Catch A Star earlier — the mark of a true professional and future champion. 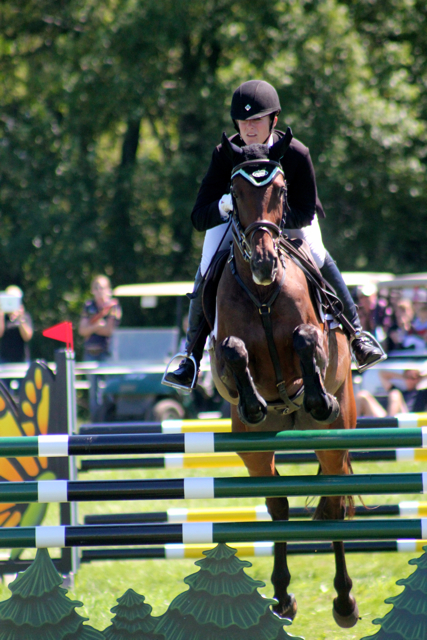 Lauren Kieffer and Veronica had an unlucky rail which marred an otherwise lovely round. 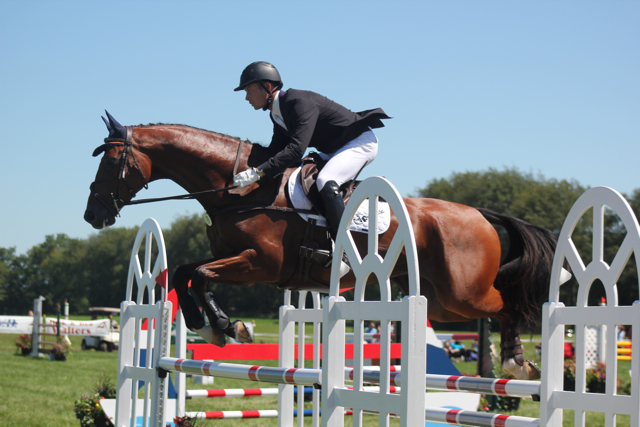 Likewise Jon Holling and Zatopek B, who was jumping out his skin this afternoon.

The sun shone all day Friday, drying out the ground to pretty much ideal conditions after the rain on Thursday, and everything ran smoothly and on time. Richland Park volunteers have to be among the friendliest at any event in the world, and definitely some of  the best dressed — kitted out in matching attire depending on their duties. Thank you to all of you, without whom none of this would take place at all. The CIC divisions run cross country from about 9:30 a.m. until 3 p.m. Saturday, and the national divisions start before then and continue till almost 6 p.m. Props to the organisers, and thanks to them and all the jump judges and officials on the eve of a long, busy day. Wishing everyone safe  rides, and looking forward to another action packed day at Richland. Thanks as always for visiting EN, and Go Eventing!