The first day of showjumping is in the books, and it proved to be an Olympic-scale competition in every sense of the word. Here’s your pint-sized recap of the day’s news and headlines! 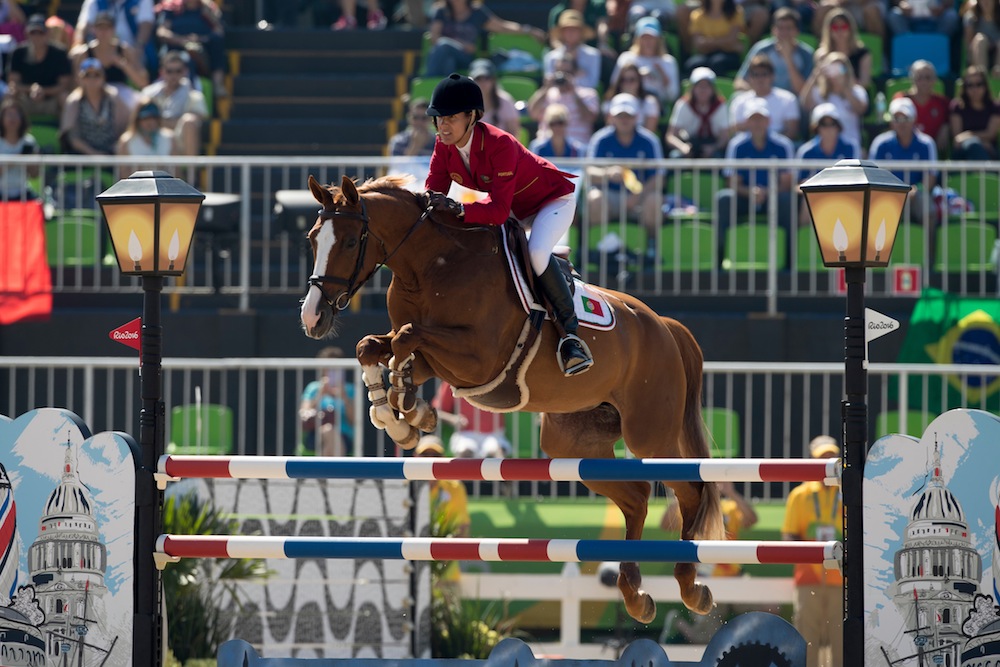 Showjumping kicked off in earnest today in Rio with the first qualifying round: the format of competition is a little tricky to master, but today’s qualifier saw 75 horse and rider combinations jumping for a chance at qualifying for the finals as well as to set the team order of go for Tuesday’s first team round. No scores from today’s round carry over into team competition.

As today’s round was not against the clock, we can report that 24 horse and rider combinations did jump clear. Click here to view standings and results from today’s round.

Of all of the Olympic equestrian sports, showjumping traditionally seems to hold the highest appeal for American audiences. Is it due to the totally-objective competition format? Or perhaps because the USA is typically fairly strong in this event? Or simply because for whatever reason American television chooses to broadcast this event? No matter the reason, today’s efforts place Team USA in a strong position going into the team competition. HorseChannel.com details each American rider’s round. [Show Jumping Begins at 2016 Olympics in Rio]

Germany and home-team Brazil have a perfect day for Round 1: Our sister site Jumper Nation presents an overall recap of the first round of jumping with emphasis on the U.S. and Canadian teams, who earned 8 and 4 faults respectively. Germany and Brazil dropped their low score with one rail down each for clear rounds, which will place them last in the order of go on Tuesday. The Brazilians are under the guidance of none other than George Morris. Jumper Nation will be providing live coverage of the next three days of showjumping competition. [Rio Round 1 Report: Team USA Has Strong Start, Germany & Brazil Flawless First Day]

The first round course was far tougher than most of the competitors realized: Catching some of the more experienced horse and rider combinations, the course designed by Guilherme Jorge proved to be difficult. The most tricky section appeared to be a combination at 11AB. Despite pulled rails by U.S. riders Madden, Ward and Davis, the team remains confident while understanding that there’s plenty of jumping ahead. [Updated: First Individual Qualifying Round Wakes Up The Olympic Field]

The qualifying round/team competition format is a little tricky to explain: Fortunately, Chronicle of the Horse has spelled out what each of the four days of showjumping mean for individual and team rankings, as well as which rounds are against the clock and which rounds count faults only. Today’s faults will count for individuals but team scoring does not begin until Tuesday. [What You Need To Know: The Rio Olympic Show Jumping Round 1]

Two riders were eliminated today for excessive use of whip and spurs. The so-called “blood rule” caught both Belgian Nicola Phillippaerts on Zilverstar T and the Netherlands’ Jur Vierling on Zirroco Blue. Phillippaerts, as an individual, is now done competing at Rio thanks to his disqualification; Vierling can continue to ride for Team Netherlands. [Rio showjumping: riders disqualified for excessive use of whip and spurs]

Keep it locked on Horse Nation for continued Olympic coverage!