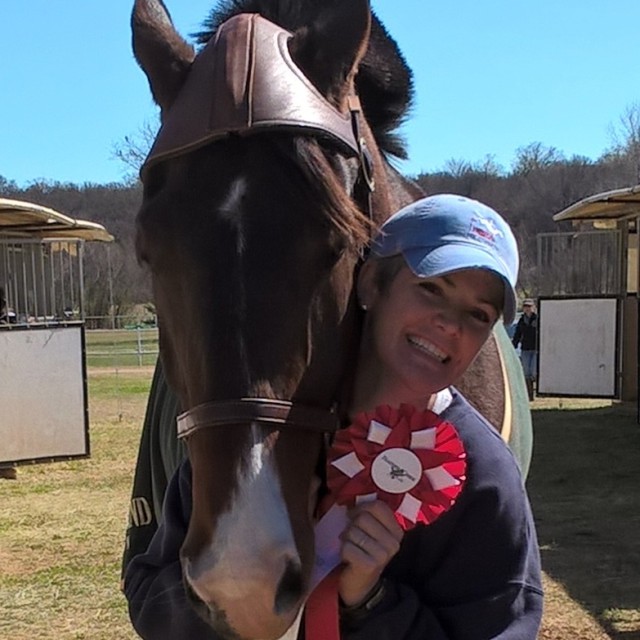 No, “Disappointment” is not the name of my horse. I’m talking about that most frustrating, aggravating, sorrowful, “make you want to lay down on the floor and throw the mother of all toddler fits” emotion “disappointment.” I have been dealing with it in spades lately.

If you’re a fly-by-the-seat-of-your-pants kind of gal (or dude) dealing with the variables is infinitely easier. You, oh lucky one, are probably slightly more capable of dealing with the disappointment factor than those of us like me. I, unfortunately for our friend disappointment, am the planner, the type A-er, the one with the OCD “it must be scheduled in advance” issues. Sometimes in this fabulous, insanity filled sport I adore, I get a double dose of disappointment. I don’t like it because I can’t control it. Disappointment sometimes happens in spite of what I plan. It’s so aggravating!

I started the spring competition season with one goal: to qualify of the American Eventing Championships. I was very close to being ready to move up a level, but my dad lives in Asheville, North Carolina. I live in Arkansas. The chance to compete at Tryon and possibly have my dad there was just good to pass up, so I stayed in my comfort zone a bit longer. One crazy thing after another kept happening: missed opportunities to school; the weather; missed events; the weather, work, the weather … name it. In the end, I had only two events to qualify to compete at the AECs. Somehow, I pulled it off. Or so I thought.

One minute my name was on the list of qualified riders, the next it wasn’t. I’m still not sure what happened. I have spoken to the powers that be at the USEA, and they are trying to resolve it. No one seems to be able to quite figure it out. At any rate disappointment set in. Big time. Suddenly I was left with all these decisions to make based on what MIGHT be, not on what WAS. Talk about infuriating! To my schedule it out to the minute in all certainty psyche, it was just about more than I could take. I fretted about it and fretted about it, until I didn’t.

What I realized is that whether or not I qualified for the AECs, I finished on my dressage score at BOTH of the events I completed, and I rode against mostly professionals and finished second and seventh. For me, that is nothing to sneeze at. Prior to this past season, I had almost always had cross country time faults. I had battled that demon and finally won (much to my horse’s good pleasure!) In the end, qualification or not, I had accomplished my “smaller” goal of finishing on my dressage score. Any eventer will tell you that is worth its weight in gold! At the end of the day, I still love my pony, and I still love my sport.

And THAT, dear friends, is why I do what I do. Eventing has taught me to roll with the punches, to take that frustration and disappointment and turn it into accomplishment and something to be proud of. Life lesson learned! Kick on, eventers! See you at the finish line!