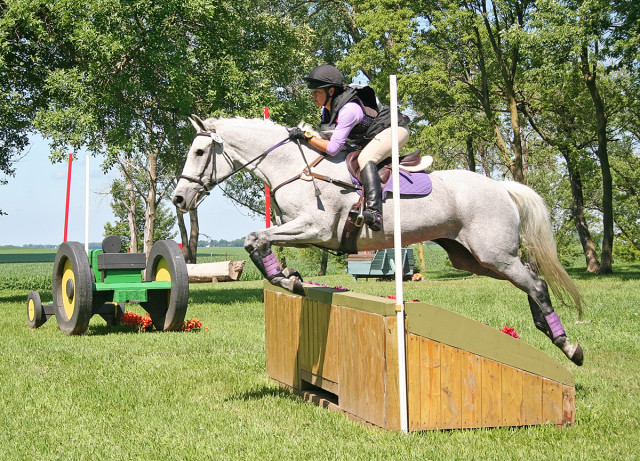 Don’t tell Hannah Gurske of Louisberg, Kansas that eventing with a one-eyed horse is a handicap. She outscored a large field of competitors in the Area IV Training Championships at Roebke’s Run with Buenos Dias to win on their dressage score of 28.4.

The 13-year-old Percheron/Thoroughbred mare affectionately known as “Dia” lost an eye to an infection about two and a half years ago, but it hasn’t stopped her from pursuing a career in eventing.

“I very much enjoy this event, so I like coming back here; I like bigger events. I’ve been competing for four years and only two years with Dia. I don’t necessarily look at my placement every time; I mostly look at my score,” Hannah said.

“I did western before this, and I wanted a little bit of a faster pace, so I took a break from that. I found Julie Wolfert’s barn and I started riding with her mom and then I transferred over to her.”

Julie has brought as many as 10 of her 30-plus students to Roebke’s Run and has regularly competed at the venue since 2013. She said she like Roebke’s Run because everything is done very professionally; she loves the stalls and that the event runs on time.

Hannah’s introduction to Roebke’s Run began in 2014, when as a Beginner Novice and student of Wolfert, she and Dia took home a blue ribbon.

“I definitely look forward to cross country, which is my best phase. Stadium is my weakest, but I enjoy dressage,” Hannah said. “I normally try to compete in seven horse trials per year, hopefully eight this year. It depends on where my trainer goes. I’m shooting to move up to Preliminary soon. My longterm goal is to move up to Young Riders.” 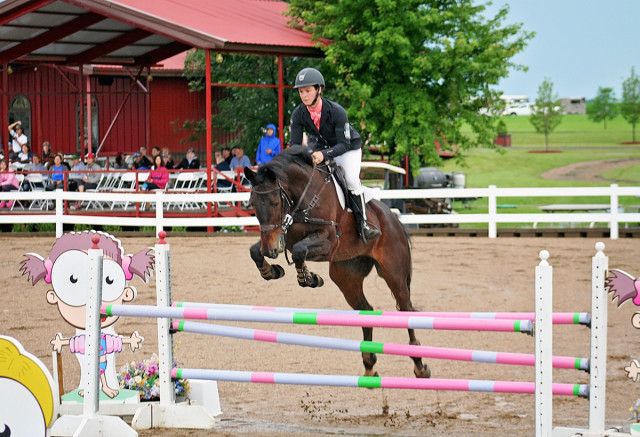 Leah Lang-Gluscic of Freeport, Illinois came to Roebke’s Run Horse Trials a few years ago and has returned for every one since.

“It’s one of the best horse trials in the area, if not the country; they go above and beyond and continue to do so every show. As long as they keep doing that, I’ll keep coming back,” Leah said.

She brought two horses to Roebke’s Run for the July horse trials: AP Prime, her a 11-year-old Thoroughbred that completed Rolex in April, and Fernhill Lux Cool, an 8-year-old Hanoverian owned by her client Lucy Griffiths.

Leah won the Open Preliminary division with AP Prime on 50.8 in his first competition back since Rolex. Roebke’s Run is a stepping stone along the way to their major goal of competing at Burghley in the fall.

“I had not ridden the Prelim (at Roebke’s Run) until this weekend. I walked it with students before. There were a few questions that I was curious how they would actually feel.  Everything just rode great from AP who has done everything; he had a great time out there. I thought for the level it was very appropriate,” she said.

“This event is the Schweiss’ home. The way that they opened it up to all of us — to go from June to July with back-to-back horse trials — is so much work and so much goes into it. They just keep giving back to the sport. An event of this caliber is such a gift to this area. We are just very, very fortunate. It can’t be said enough times.” 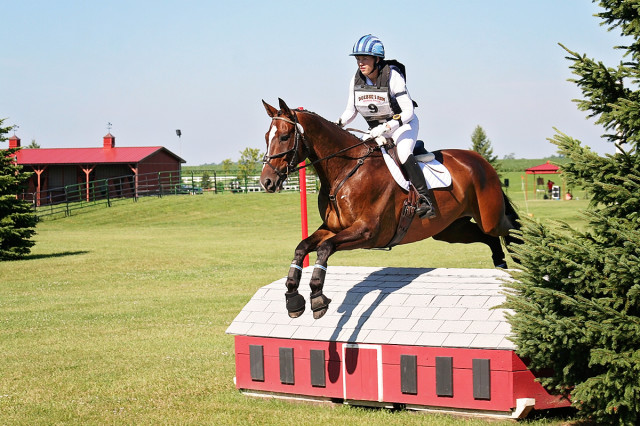 Madigan Murphy and her horse Willdebrandt finished the first day of Roebke’s Run Horse Trials in first place in the Area IV Preliminary Championships and held onto that lead with two clear jumping rounds to win on 28.7.

Willdebrandt, a 12-year-old bay Trakehner gelding, will move up to Intermediate in the fall if all goes according to plan. Madigan, who lives in Minneapolis, Minnesota, follows a rigorous fitness program six days a week to keep herself and “Willard” at the top of their game. It’s a schedule that leaves her little time for leisure.

“I have a full time job as a chemist at Valspar, so it’s tough to do both. I noticed they actually use Valspar paint to coat the jumps here,” added Madigan.

“Something that really started me taking off in eventing was the Area IV JDRP (Junior Development Rider Program), a program that is still running. I did it the first year they had it,” said Murphy.

She, like many other riders, prefers competing in cross country, which she says she is best at. But looking at her finishing score in dressage, which was 10 points below the next competitor, it would be safe to say she excels in that as well.

“I compete in eight to 10 horse trials a year, most of them out-of-state. I go as far as Tennessee, Kentucky, Michigan and Iowa. There aren’t a lot of horse trials around here, just Roebke’s Run. Since they started this course, they have continued to make it a lot better. It’s a safer, more straightforward, fun course.”

As for future plans, she said she’d like to get a younger horse and work him up the levels after Willard retires. 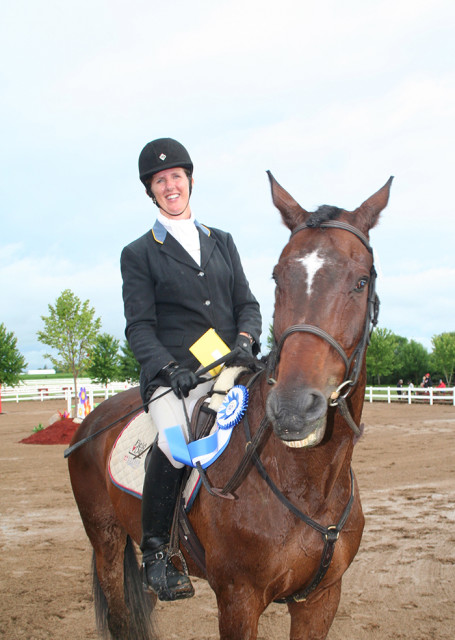 Camie Stockhausen of Cambridge, Iowa, has spent more than 30 years perfecting her eventing skills. She and her 17-year-old off-track Thoroughbred gelding Best Etiquette competed in the Open Training division at Roebke’s Run, winning on 33.8.

She and her horses stay in excellent condition year round by competing in horse trials in the summer and foxhunting in the winter. She has other young horses she is bringing up the levels that she will also soon compete in recognized and unrecognized events.

“These are off-track horses. I like to bring along horses that have retired at the track and give them a new job,” Camie said. “Getting horses ready for a show is a day-in, day-out process to always have them ready. It’s a real test of your training program if you can pull a horse out and have him go and perform well.”

Currently she has three competition horses and three other young horses, all off the track.

“I like bringing up the young horses, getting them up to Novice or so and then giving them new life with the next rider,” Camie said. “I like riding at the Preliminary level; I probably won’t go up to Intermediate. I just like training the horses and giving them a good life.”

Camie said she was introduced to the sport years ago while boarding at an eventing barn. She grew up at open shows, rode western and did competitive trail riding, just about every sport other than eventing.

“When I started eventing, it was kind of easy because all of those other skills translated to this,” Camie said. “You need to have them all to compete in three different phases.

Camie and her horses compete in about eight horse trials a year, mostly in the region. She’ll also go to the American Eventing Championships at Tryon, North Carolina, where she has competed five times.

Stockhausen has nothing but praise for Roebke’s Run, its owners and what it offers riders of all ages and levels.

“I loved the cross country course; the flow of it is real nice. That there were options at Training was really fun; I thought there were some good challenges. I thought the trakehner was a pretty good question for Training level. The coffin rode pretty well, but it was hard, she said.”

“I just want to say we love coming up to Roebke’s because the whole Schweiss family is great and involved: Mike, Julie, Brook, Autumn and Lark. I’m even getting to know the volunteers; they treat them so well here. And the competitor’s dinner is not to be missed. Thanks to the Schweisses; it’s amazing what they do!”