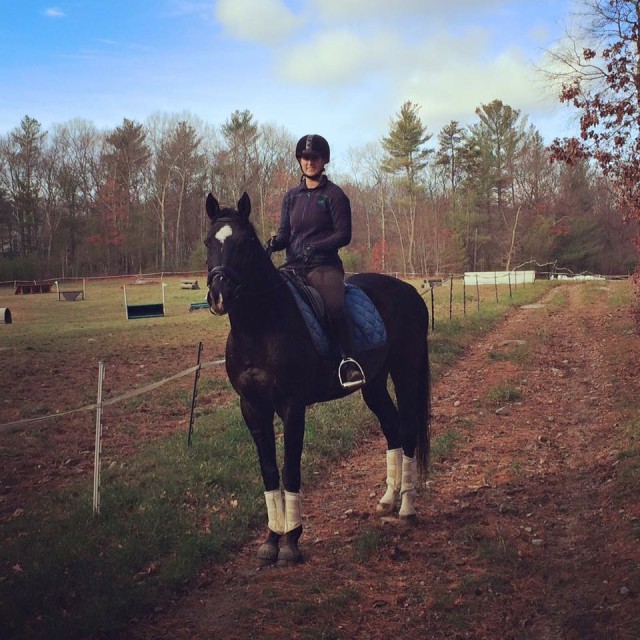 As a horse crazy girl, the day I was financially stable enough in my nursing career to buy a horse was one of the most exciting days of my life! I tried somewhere around 15 horses in New England and finally settled on Theo (Jockey Club name: Oak Forest).

I had little experience with OTTBs but I wanted something to help me learn lower level eventing safely and confidently. The day I tried him out on a cross country course and felt both exhilarated while still in complete control, I was sold. Despite his grumpy attitude, which I suspect he may have gotten from his grandfather Storm Cat, something about “the grinch,” as I lovingly call him, grabbed at me. 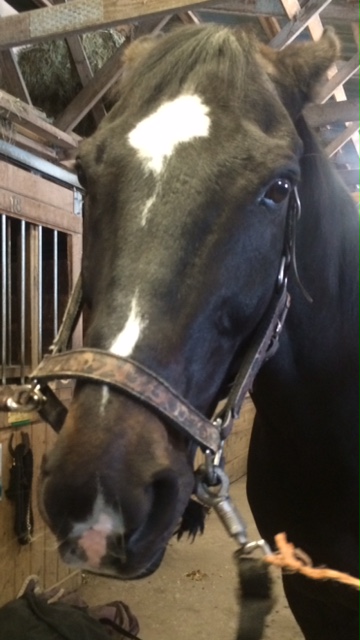 I then embarked on a quest to learn the history of this animal who traveled more places in his racing career than I may ever travel in my life. When I think of how Theo raced through his 10 year old season, I am still amazed! To be that resilient and athletic that he raced for so long and was sound is unbelievable, I thought!

Using equibase.com I was able to get his breeders name, the Virginia Tarra Trust, and his race record — Theo had 68 starts and his total winnings were $160,471.

It was also a wonderful feeling when I was able to speak to his breeder and see him on their website here. I was able to exchange photos and let his breeder know how he is doing now. It’s a heartwarming thing to see how they care about him in his life after the track. She was also able to give me some details of the different owners he had. For someone that doesn’t travel much, my horse having raced at multiple tracks from Florida to Boston qualifies as well-traveled in my book! 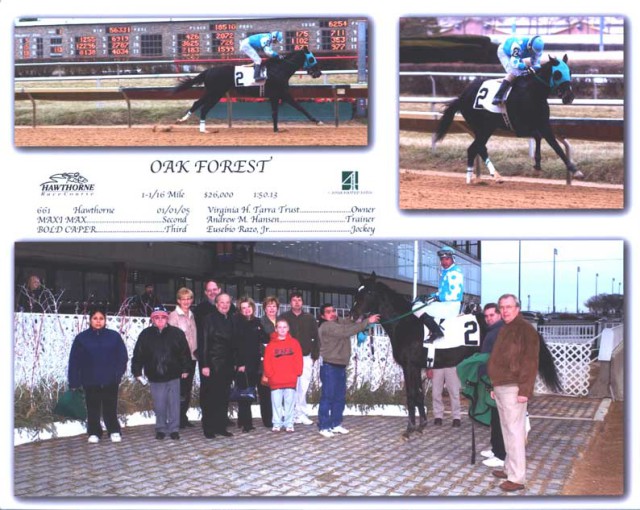 I was even lucky enough to see videos of his races from the app “Horse Races Now” as well as from YouTube.

In addition to speaking with his breeder, after some research I found an article about one of Theo’s former trainers, Chris Block, on the Paulick Report. I emailed the author and was able to get contact info for Chris so I could speak to him about my horse as well. He too was happy to hear that the little guy was doing well.

Fast forward to Theo at the end of his racing career. His last race was at Suffolk Downs and then he sadly ended up at the New Holland Auction. The woman that I bought Theo from got him when someone from her barn would go get horses from the auction to bring back and sell at her farm. Luckily, Theo was grabbed before he went back to New Holland as an unwanted 10-year-old OTTB probably slated to be on the meat truck.

So, he was purchased and trained to event which he did until he was 12. That’s when I came into his life and it has been a rollercoaster for us ever since! I bought Theo in the fall and we began to get to know each other. We even made it to a clinic with the amazing Sinead Halpin and I was able to learn some valuable lessons about my new partner. 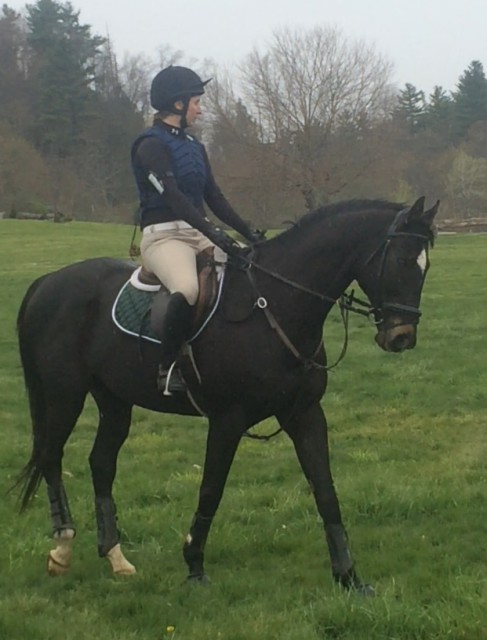 That winter however, his turnout decreased due to the weather and environment and I quickly learned what a pent up OTTB could look like. I became too nervous to ride and would attempt to lunge him which turned him into a wild thing! We eventually moved and got into a well structured eventing program with daily turnout and things seemed to be looking up.

But we soon reached a plateau of physical issues. Theo’s kissing spine which I knew he had from his pre-purchase exam, began to show itself. I suspect that due to the winter off, he lost muscle mass and conditioning and as we built him back up,it got to the point of being too much. His behaviors were telling me something and injections just weren’t cutting it. Though he could have been more explicit, I am lucky he wasn’t as I could certainly have eaten some dirt based on his discomfort level. 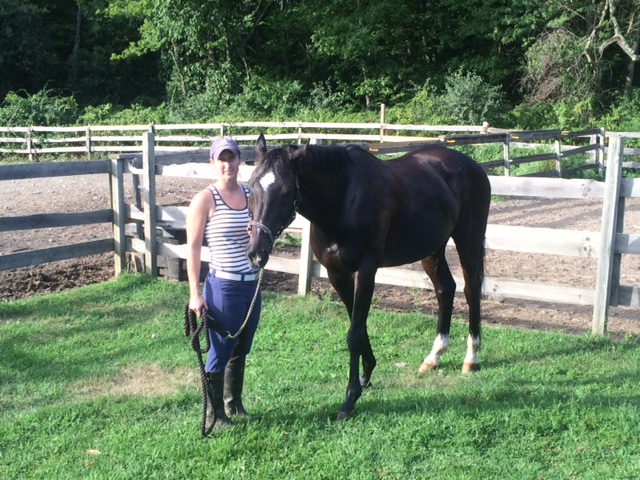 Thus, I soon had to come to a plan with my vet and the answer was surgery. So I said goodbye to what would have been our first real competition season, as our initial summer together was a learning and re-training period. But, the resilient guy he is, Theo’s back surgery went off without a hitch and his post-op x-rays were better than the average in terms of results.

The next step was rehab until another problem began to show up. Theo struggled with stall rest and required sedating medication but symptoms of the gastric ulcers we suspected he already had, began to intensify. So it was a month of Ulcergard while we followed the rehab plan. Due to our hard work, Theo forged through ahead of schedule.

Before I knew it we entered our first schooling event less than five months from the date of surgery and we even won it. He even suffered a suspensory sprain at some point during our training for it, but was never truly lame and has been fine ever since! 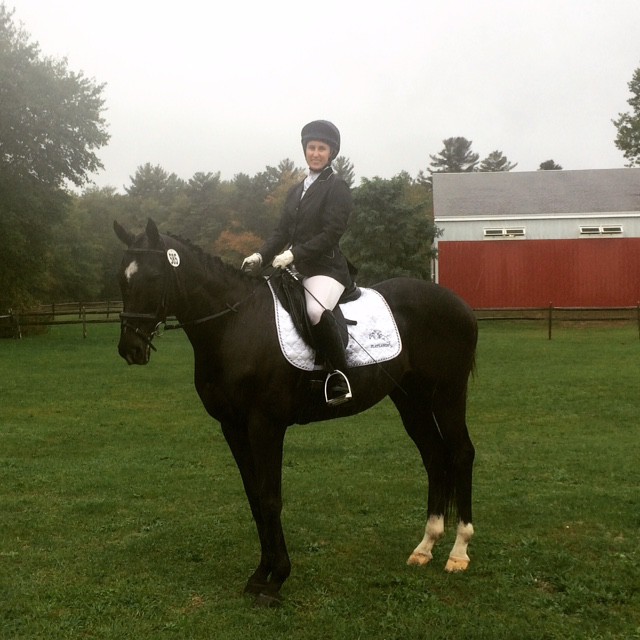 “Our first show after the surgery, schooling show in cold rainy weather and we won both classes!” Photo courtesy of Andrea Bagley.

Theo is certainly an opinionated horse at times, but he continues to amaze me with his toughness and will to get through all of the adversities he is faced with. When I look at where we were a year ago and how I questioned if I could truly handle this horse, it gives me chills. Deep down I knew we were going to make it and so I stuck it out.

Now that all of our hard work and perseverance has paid off, I couldn’t be more proud of this little engine that could. Theo embodies the values of determination and strength and I hope his story inspires all who face hard times like he has. #ottb #littleenginethatcould #oakforest

Andrea Bagley is an ER nurse and amateur adult rider pursuing low level eventing and dressage. Follow along with her journey via her blog, liftingweightsridinghorsesandsavinglives.