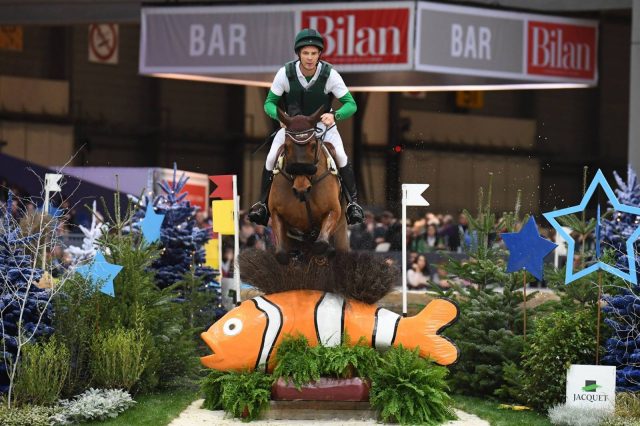 Padraig McCarthy became the first Irish rider to win the indoor cross country at CHI Geneva last night in Switzerland, piloting Rosemaber Lancuest to the round closest to the optimum time of 150 seconds.

Padraig and Rosemaber Lancuest, better known as “Pebbles,” crossed the finish in a time of 151.82 seconds, just two-hundredths of a second closer to the optimum time than Britain’s Alex Bragg, who took second place with Sarah Hughes’s Alcatraz.

You can watch the full replay below.